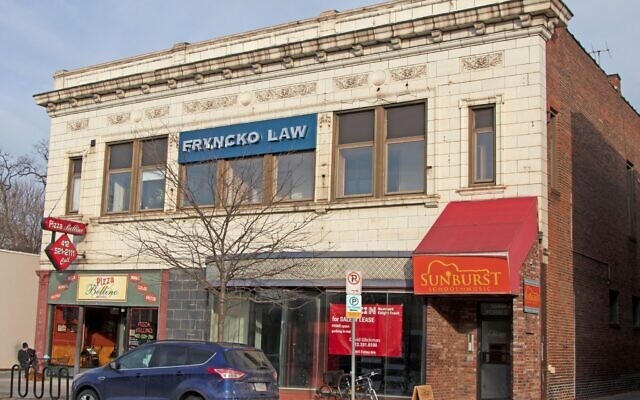 The Beacon Club was one of Pittsburgh’s most infamous gambling clubs. It had its first location on the second floor of this Forbes Avenue building. Photo by David Rotenstein.

If part of your childhood included drinking a glass of Daily’s fruit juice, then you helped launder money made in the Jewish numbers racket, according to David Rotenstein.

That’s just one of the facts Rotenstein will share during Doors Open Pittsburgh’s latest walking tour, “Squirrel Hill by the Numbers.” Participants will learn about the Jewish numbers syndicate, visit the homes where numbers barons lived, explore sites raided by local and federal law enforcement in the 1930s-1960s and see popular clubs and eateries frequented by the Jewish underworld.

“Pittsburgh had a nationally significant Jewish organized crime syndicate, and it goes back to Prohibition and bootlegging,” Rotenstein explained. “In the late ‘20s and early ‘30s, it became associated with gambling.”

Rotenstein first became interested in the history of the Jewish numbers racket in 2019 after reading about an aging racketeer, Sam Solomon, in Rob Ruck’s book “Sandlot Seasons: Sports in Black History.”

While only a passing reference in the story, it sent Rotenstein down a rabbit hole, investigating not just Lerner and Solomon but names like Frank Nathan, Harry Angel and Meyer Sigal.

“It became clear that these folks played a very important role in Pittsburgh’s history,” Rotenstein noted, adding that the men were the heads of complex social networks that developed around informal economies.

Rotenstein stresses this wasn’t the Mafia. It was, however, similar to other syndicates created by immigrants from Eastern and Southern Europe — economic networks built to survive in a time dominated by Jim Crow laws, antisemitism and xenophobia, he said.

Many of those associated with the numbers racket, Rotenstein said, held prominent positions in the business world. Daily’s Juice, for example, was created by Sigal and an Italian racketeer to launder money and create a front operation.

Sigal, and other Jewish criminal bosses, weren’t alone in developing an enduring brand built on bootlegging or other nefarious means, Rotenstein noted, citing the Pittsburgh Steelers as an example.

“Art Rooney is one of Pittsburgh’s most well-known sports business characters, but he built that business in bootlegging and gambling,” Rotenstein said. “The FBI actually considered him one of the biggest gambling figures in Southwestern Pennsylvania in the 20th century.”

Like others involved in criminal enterprises, Jewish racketeers didn’t restrict their business to Pittsburgh. Lerner eventually ended up on the West Coast and established a money-laundering operation for the entire eastern crime syndicate, Rotenstein said. 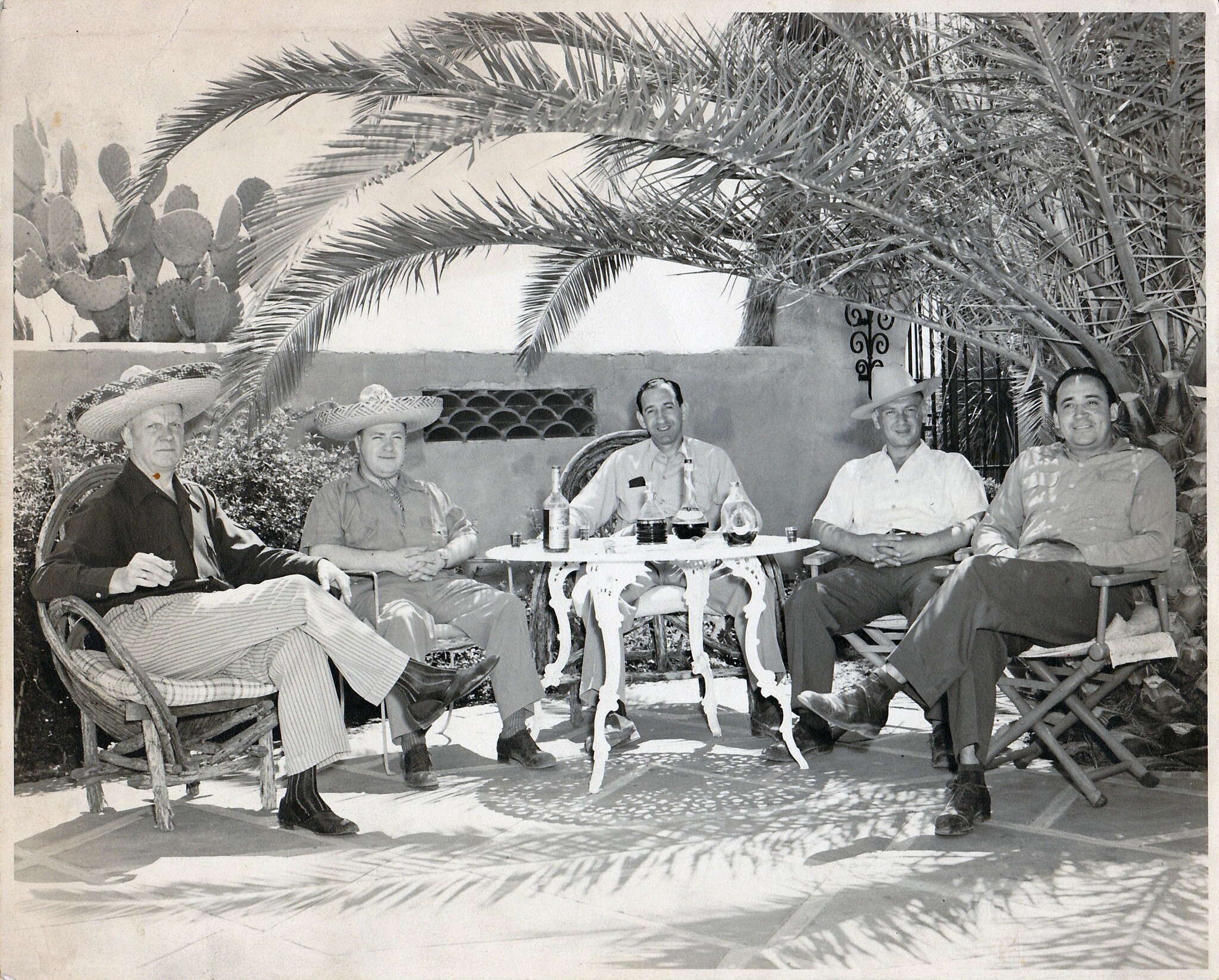 Racketeers Jake Lerner (second from right) and his brother Ike (second from left) relaxing with friends on the patio of Jake Lerner’s Tucson ranch in the late 1940s.Photo in the collection of David Rotenstein.

“It really was significant locally, regionally and, of course, nationally, with these larger social and economic networks that were forged right here in Pittsburgh, starting in the Hill District,” he added.

Rotenstein grew up in Florida and has a doctorate in folklore and folklife from the University of Pennsylvania. He has taught history at several colleges and universities, including Carnegie Mellon University, and has worked as a consultant and writer since the ‘80s. He has been researching the history of Jewish organized crime for the last three years.

Part of the work Rotenstein does involves community engagement, including walking tours and pop-up events. He previously led a walking tour of the Fifth Avenue corridor and its connection to organized crime. The tour was the first he did with Doors Open Pittsburgh after conversations he had with founder/Executive Director Bonnie Baxter.

Baxter founded Doors Open Pittsburgh after learning of a program called Open House Chicago, where hundreds of buildings in the Windy City were opened for visits.

“It made me realize there were so many buildings in Pittsburgh that I’d never stepped foot in, so I thought, ‘I’m going to bring that idea back home,’” she said.

In 2016, Doors Open Pittsburgh started with a two-day event downtown that grew to include the Strip District and the North Side. When COVID prevented her from offering tours of buildings in person, Baxter hosted a virtual event. Last year, she began offering small walking tours with different themes.

“Our mission is all about fostering the appreciation of Pittsburgh’s architecture in history,” Baxter said. “We like to do it a fun way, and a creative, offbeat way.”

That organization’s offbeat manner is captured perfectly by their social media tagline #benebby.

She said that Rotenstein’s tour fits in perfectly with Doors Open Pittsburgh.

The walking tour wraps around the commercial and residential parts of the neighborhood where the principals in bootlegging and numbers gambling lived and plied their trade, Rotenstein said, and will include homes where significant plans were hatched, as well as some of the city’s most well-known gambling clubs.

Attendees will also see sites famous for the violent acts that occurred there.

Rotenstein said the 2½-hour walking tour will be a mix of social and architectural history and a chance to enjoy some nice weather.

He is quick to note that the tours aren’t just for out-of-towners.

“People with lifetime experiences in these neighborhoods take the tours, and their memories enrich the experience,“ he said. “So, it’s not just me talking as a tour leader. It’s a collaborative effort where everybody gets to play a role if they’re interested.”

“Squirrel Hill by the Numbers” runs April 30, May 21 and Sept. 17. More information is available at doorsopenpgh.org/event/squirrel-hill-by-the-numbers/2022-04-3. PJC