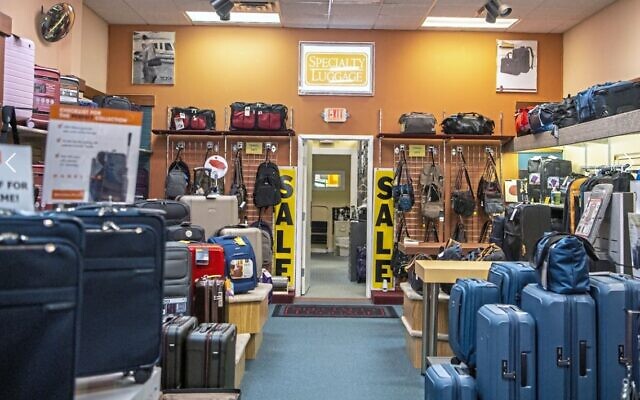 The Pittsburgh of 1944 was a different city than the tech-savvy, medical hub it is today. The steel industry dominated the region, doing its part to support the war effort. Because of the loss of many players to military service, the Pittsburgh Steelers temporarily merged with the Chicago Cardinals to create the 0-10 Card-Pitt football team. Street cars ferried men and women from downtown to East Liberty. And Specialty Luggage had just opened its doors.

Seventy-six years later, Jeff Izenson is closing the business his grandfather, Morris, and Morris’ two brothers, Sam and Nathan, first opened on Smithfield Street, a casualty of the COVID-19 pandemic and the competition of direct-to-consumer internet shopping.

The business, a mainstay of downtown Pittsburgh, began as a manufacturer for Mine Safety until the 70s when the company took most of its business overseas. As work for Mine Safety dwindled, Izenson’s father decided to get more into the retail business, although the family always had a small storefront, first on Smithfield Street and later at various locations on Liberty Avenue.

Like so many businesses begun by Jewish immigrants in the first half of the 20th century, Specialty Luggage was born of tenacity and enterprise.

“My grandfather’s family escaped Russia, or the Ukraine, depending on who controlled the city at the time,” Izenson said. “My grandfather had an uncle here. No one is really sure of his name because he worked in either a mill or a mine and when he went to get paid they told him, ‘We don’t have an Izenson, we only have a Schafer,’ so he changed his name and became Pete Schafer after that.”

Sponsored by the renamed Schafer, the Izenson family patriarch moved to the Hill District at age 15 or 16 and began working.

“This guy always worked,” Izenson said. “He was about five feet tall because he was malnourished. He worked jobs during the day, had a casino they operated at night. Then they went to work for a Pittsburgh emergency trunk and bag company, making cases. In 1944, they decided to start the business.”

The Fox Chapel resident remembers his grandfather as a strong man. “They were tough because they got the crap kicked out of them. My grandfather had to go into the street, maybe he was 10, to clean up the dead bodies after the Cossacks came to kill the Jews because they thought they wouldn’t kill a child.”

Soon after his bar mitzvah, Izenson’s father began taking him to work.

“I was bar mitzvahed in April and that summer began working in the factory,” said Izenson, now 58. “It was my job to bend the angles for the cases we made.”

After college, Izenson began working as a salesman. “I was 22 or 23 and had a blast. I didn’t have any other responsibilities. All I had to do was come in and enjoy people and sell them what they wanted or needed.”

At its high point, Specialty Luggage had four locations. Last year, Izenson closed the downtown location where they still produced a few small items for Mine Safety. He is now preparing to close the remaining store at the Waterworks Mall.

“We’ve succumbed to COVID-19,” Izenson acknowledged. “No one is traveling.” 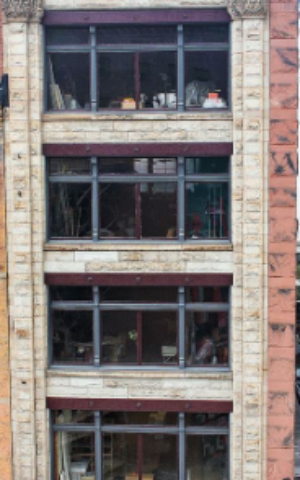 He cites the ability of shoppers to buy luggage online as further complicating an already troubled financial picture.

“Could we have survived if not for the pandemic? Sure, but we’re down to doing 10 or 15% of the business we were doing. That’s not sustainable. Amazon is certainly one of the issues; that created an uphill challenge for us. The other is that every vendor we carry sells directly to the consumer.”

He credits his employees and their knowledge of the upscale brands his store carried with the success of Specialty Luggage for over three quarters of a century.

“My dad taught me to hire good people, give them direction and let them go. We’ve had great people who knew the business. The truth is, if the business was dependent on my personality it would have been gone a long time ago,” Izenson said.

“It’s a real tragedy, almost as bad as the closing of the Original Hot Dog Shop,” lamented longtime customer Robert Stock. “When I was in college, I used to buy from the parents. When I finished, I went on to San Diego and even during all those years, I was always calling asking them to send me a steamer bag or briefcase or something. They’re just extraordinary, the whole gang.”

Stock, who lives in Squirrel Hill, believes people staying close to home has contributed to the store’s closure.

“People just aren’t traveling,” he said. “I spent a lot of my life traveling all over the world. That’s the main factor. Plus, shopping online is eating up a lot of companies.”

As for his own future, Izenson is remaining pragmatic, saying he owns some apartments and may get further into the real estate market.

“The automobile industry killed the buggy whip makers and I think this might be the death knell of the independent luggage stores.” PJC