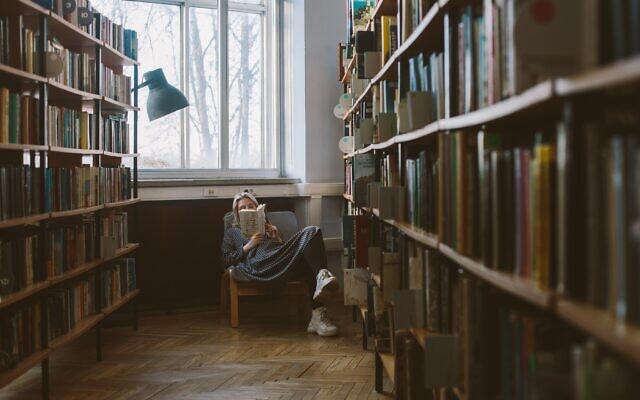 (Photo by Polina Zimmerman via Pexels) 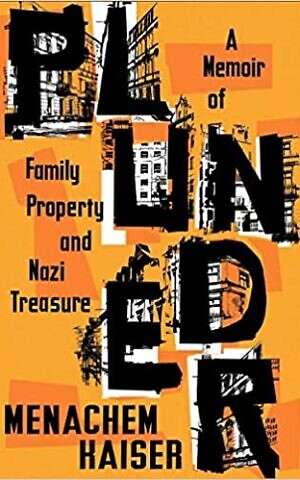 What distinguishes memorabilia from curios, or either category from treasure? What’s the difference between plunder, spoils and mementos? How do we unpack something that is at once fetish object, family heirloom, sacred relic and despicable artifact?
Menachem Kaiser does not claim to have the answers to these questions — one of the many delightful things about his new memoir, “Plunder” — but he’s willing to ask them of himself and of you.

Kaiser’s story about his attempt to reclaim a Polish apartment building that was expropriated from his grandfather prior to the Holocaust is a fascinating tale. His commitment to ambiguity, along with a keen sense of story, genre and the weight of expectations, makes for a compelling read.

Kaiser, a magazine writer, understands that the story he’s written will be read by readers who have encountered many such variations before, and that those readers have ideas about how these stories should go. So he’s weary of “dancing my stupid nostalgia dance,” of taking a “memory-safari” where he’d treat readers to some preordained emotional journey that didn’t really belong to him.

Though he never says it directly, Kaiser is writing an “American-Jew-returns-to-the-old-country-for-family-but-also-personal-growth” story in the world that Jonathan Safran Foer created, and there’s a readership to be won by sticking to the basics.

It’s easy to see why Kaiser once felt inclined to write this book as a novel: There’s his pink velour tracksuit-wearing Polish lawyer nicknamed The Killer, bizarre and seemingly anti-Semitic questions from reactionary Polish judges, a massive network of treasure-hunting conspiracy theorists with ideas about a secret underground Nazi train, mistaken identities and long-dormant familial strife brought back into the light.

But he went with a memoir, which makes the absurdities, strange coincidences and trajectory-changing twists more compelling. Kaiser writes as if he’s speaking aloud, like a stranger telling you a surprisingly interesting story on a night you didn’t expect to be out so late.

He builds his narrative with reporting, memory, poetry, court transcripts, legal documents and memoir, and never fails to treat the people he encounters with humanity on the page, even if he had contemplated less noble actions in the reality he recounts. His friends and colleagues provide substantive objections to the ethical nature of his reclamation project, and Kaiser’s responses may or may not convince you.

There are long digressions on the nature of conspiracy theories, especially as they relate to Nazis and the occult, and vignettes that illustrate the curious, semi-mystical status of the region in Poland where the story takes place. Every place he found to dig with purpose and respect, Kaiser grabbed a shovel, and “Plunder” is better off for it. 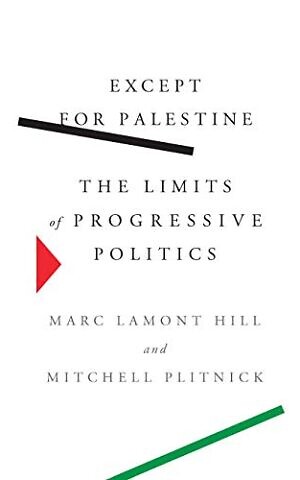 “Except for Palestine: The Limits of Progressive Politics”
Marc Lamont Hill and Mitchell Plitnick
The New Press

“Except for Palestine” is a muddled, confusing book.

Marc Lamont Hill, a professor at Temple University, and Mitchell Plitnick, co-director of Jewish Voice for Peace, seem to have written the book before they knew exactly what they wanted to accomplish. The book’s introduction and conclusion both read as if they were tacked on as an afterthought, as the book’s chapters often have no bearing on or relevance to the main claim.

Both Hill and Jewish Voice for Peace support the boycott, divest and sanctions movement, and neither endorse the continuation of Israel as a Jewish state.

“Except for Palestine,” in its promotional copy, promises to be “a searing polemic and cri de coeur for elected officials, activists and everyday citizens alike to align their beliefs and politics with their values.” The authors say they seek to explore why mainstream American liberals seem reluctant to apply the humanistic values that they claim to hold dear to the plight of the Palestinians. They wonder: Why would those whose impulse is to support the rights of the downtrodden at home not take seriously the rights of Palestinians abroad?

The problem is that the authors don’t make a serious attempt to answer these questions or even substantiate the book’s central claim: that progressives exceptionalize Palestine. The only evidence they present are the actions of some Democrats in Congress in recent years and a few unsourced assertions about apathy and silence.

There’s no attempt to grapple with what made support for Israel a rallying point for large portions of the left for many years. And there’s a long history of the term “Progressive Except Palestine” on the British left, an exploration of which might have provided some useful context; this goes unmentioned.

The book, instead, is a retelling of the story of contemporary Israel and U.S. support for its ascendant right wing, which makes for a weird dissonance between what the authors claim to be arguing and the actual words between the covers.

In the meat of the book, the authors consistently dodge chances to make the case for specific points.

How can an argument decrying the end of U.S. aid to the United Nations Relief and Works Agency for Palestine Refugees in the Near East interact so superficially with the objections made to its continued existence?

How can the authors argue that the Israeli government unfairly stonewalled Yasser Arafat during negotiations without saying why they believe the government’s objections were incorrect?

How can they assert Hamas “showed flexibility” following its ascension to power in Gaza without detailing this flexibility?

How can they make the serious claim that Israel had a hand in the creation of its “bad neighborhood,” as the region is often called, and devote only one line to the government’s treatment of the Palestinians?

This is all bad argumentation.

It’s not as if they’re not capable of solid rhetoric. When Hill and Plitnick discuss the criminalization and stigmatization of the boycott, divestment and sanctions movement in this country, or the despicable treatment of Jews and non-Jews alike who deviate from the received wisdom on Israel and Palestine, they use facts to back up their arguments.

Those are points with the moral power to persuade. But given their relatively small place in the larger argument, it’s hard to say that persuasion was really the goal here. PJC