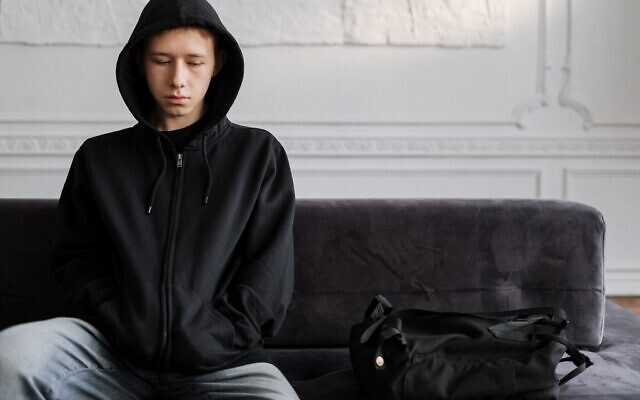 (Photo by cottonbro via Pexels)

Eighteen local Jewish professionals who work with young adults are now trained to be “mental health first aiders,” thanks to a recent program offered by the Jewish Federation of Greater Pittsburgh in partnership with the Jewish Teen Education & Engagement Funder Collaborative — a national nonprofit that aims to increase teen involvement in Jewish life.

The training was held in response to the alarming rise of mental health issues among teens and young adults, according to organizers. The Centers for Disease control has reported that suicide was the second leading cause of death among people ages 10-24 in 2019; for many young people, the pandemic and its attendant isolation created additional strain.

Throughout June, Jewish educators and other professionals who work closely with young adults learned how to be “mental health first aiders.” The training, which included asynchronous pre-work, two live Zoom classes and a concluding quiz, taught participants how to distinguish between typical adolescent development and signs and symptoms of mental health challenges, including anxiety, depression, eating and substance-use disorders, and suicidal ideation. Participants received a certificate valid for three years upon completion of the training.

The program was originally created by the National Council for Mental Wellbeing, but was reimagined in a Jewish framework for the cohort of Pittsburgh professionals, many of whom work in local Hebrew schools and Jewish day schools.

“It’s an international program, but we’ve added a Jewish lens to make it more relevant to the community we’re teaching,” explained Margie Bogdanow, wellness coordinator for the Funder Collaborative. “We’ve adapted it to be for youth groups and day schools rather than tennis coaches or scout troop leaders.”

The goal of the course is to remove the stigma of mental health issues and train adults to connect young people to the help they need. A mental health first aider’s job, said Bogdanow, is not to act as a therapist, but rather to be a bridge between a teen in crisis and a mental health professional.

“It’s parallel to what it means to take a CPR course,” she said. “You respond in the moment and you perform chest compressions, but you don’t do heart surgery.”

The course was taught by Rebecca Wanatick, the manager of Community Inclusion & Program Services at the Jewish Federation of Greater Metrowest New Jersey, and Lisa Ehrlich-Menard, the coordinator of Outreach and Community Education at Jewish Child & Family Services Chicago. Through the trainings, participants learned a five-step action plan for responding to crises; developed approaches to confront teens in realistic crisis scenarios; and crafted self-care plans to ground themselves after administering mental health first aid services.

The training was “was facilitated beautifully, varying different modalities of learning so it wasn’t just a basic information transfer,” said participant Keshira haLev Fife, the founder and co-leader of Kesher Pittsburgh, a local independent post-denominational community. “Everything was contextualized, and I was able to see where these situations might present themselves in real life.”

One exercise that Fife found particularly poignant was when participants were asked to practice asking out loud if a young person was planning on taking their own life.

“As I said that out loud, I could feel the gravity in the room,” Fife said. “It’s a hard question to ask, but if that question would make the difference, of course I would ask it, and I’m glad I got to practice it now.”

For Mattie Nassida, the newly-appointed wellness director at Yeshiva Schools of Pittsburgh, the training covered much of what she already knew as a licensed psychologist. But despite being familiar with the course material, Nassida said, she still found the sessions helpful.

“It’s hard for me to know what the boundaries are for teachers and non-mental health staff, and how they can engage with a student appropriately to help them with social and emotional development,” she said. “It was really good for me to see what they were recommending about how much to engage and what steps educators can take that don’t require some type of degree in mental health.”

The Jewish framework of the training also gave Nassida some insight into her new role.

One of the main takeaways from the course was its emphasis on acting as a link between young people in crisis and the mental health professionals who could offer them support and treatment, said Fife.

“Single-handedly, few of us can do anything,” she said, “but we each have a role to play in helping a teen in crisis.” PJC