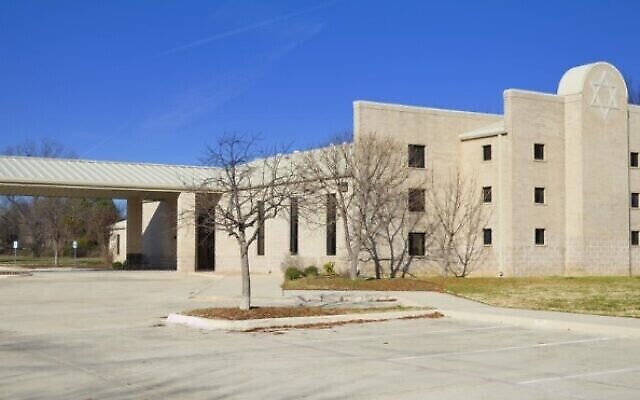 The sanctity of Shabbat was again shattered on Jan. 15, when Malik Faisal Akram took four people hostage, including Rabbi Charlie Cytron-Walker, at Congregation Beth Israel synagogue in Colleyville, Texas, a suburb north of Fort Worth.

Akram entered the synagogue with at least one firearm, interrupting Shabbat services, which were being streamed on Facebook Live. The harrowing ordeal was livestreamed for more than three hours, attracting thousands of viewers, before the video recording was taken down.

The FBI identified Akram as a 44-year-old British national.

On Sunday, two teenagers were arrested in England as part the FBI’s investigation, and on Monday, the FBI issued a statement calling the incident “a terror-related matter, in which the Jewish community was targeted, and is being investigated by the Joint Terrorism Task Force.”

The FBI confirmed that Akram had demanded the release of Aafia Siddiqui, a Pakistani sometimes referred to as “Lady al Qaeda,” who is serving an 86-year sentence for multiple felonies, including attempting to murder a United States soldier. Siddiqui, a graduate of Brandeis University, has a long history of antisemitic statements and has blamed Israel for her imprisonment.

Colleyville Police Chief Michael Miller said one of the four hostages was released in the early evening, leaving three in the synagogue. The nearly 11-hour standoff ended at approximately 9 p.m., when according to the Cytron-Walker, the hostages were able to escape unharmed and the FBI’s Hostage Release Team breached the building. Miller reported that the hostage-taker was dead. It wasn’t clear if law enforcement killed him or if he died by suicide.

“I knew Charlie as a classmate at Hebrew Union College,” Fellman told the Chronicle. “My wife knew him in high school. They were in the same high school youth group. Thank God he got out.”

“The notion of the scars that are carried from this whole thing is a heavy burden,” he said.

Fellman said he and his wife are aware of the inherent risks he faces as a rabbi.

“She sees me walk out the door every day, and she’s aware of the possibilities, some of which are hard,” he said. “We had a long chat yesterday. It’s the nature of the beast. We both believe in what we’re doing, and we hope and pray for the best, and we take security seriously.”

Since the Oct. 27, 2018, attack at the Tree of Life building, Pittsburgh has operated with a heightened sense of preparation and increased security, according to Shawn Brokos, director of community security for the Jewish Federation of Greater Pittsburgh. She said the hostage situation in Texas had no connection or ties to Pittsburgh.

Brokos explained that her role during and following a security threat, like the Colleyville attack, is to “get the most up-to-date information on what is unfolding, assess it and share that information with our Jewish organizations so that they can make informed decisions on how to secure their organizations.”

On Jan. 16, Federation convened a meeting led by Brokos for Pittsburgh Jewish organizational leaders to discuss the Texas incident and to reiterate the importance of remaining vigilant and to continue employing increased security measures.

While the enhanced security measures at Pittsburgh Jewish institutions might make some feel safer, 10.27 Healing Partnership Director Maggie Feinstein said some community members might be shaken by events like those in Colleyville.

“It’s brought back a lot of memories for a lot of people,” Feinstein said. “It’s not just the victims and those directly impacted who may be triggered by an event like this, but all the community who cared and was present on 10.27.”

Feinstein said people should pay attention to how they are feeling, stressing there is no right or wrong emotion.

“Some people feel angry, some are feeling sad or despondent,” she said.

Those feelings, she continued, can be heightened by other stressors — waiting for the trial of the Pittsburgh synagogue shooter to begin, for example, or the recent pandemic surge.

“There shouldn’t be any sense that people are feeling guilt or shame about those reactions,” Feinstein added.

She urged those who might feel triggered or unsafe because of the Jan. 15 event not to globalize the situation.

“Currently, we are safe,” she said. “How do you believe that and tell yourself that and find a way to believe it when we feel triggered is important because we want to operate from what is the most true — and the most true is that we are not at an increased risk right now.”

Laura Cherner, director of the Federation’s Community Relations Council, said the Colleyville incident is an unfortunate reminder that antisemitism remains pervasive throughout society, but noted there has been a strong interfaith community response both in Texas and locally.

“In terms of the CRC, the Muslim community reached out and publicly condemned this act of antisemitism,” she said.

She warned incidents like this can spark a rise in both antisemitism and Islamophobia.

“Community partnerships during this time are a crucial element to healing as well as strength through coalition building,” she said.

Bruce Herschlag, president of Congregation Dor Hadash — one of the three congregations attacked in Pittsburgh on Oct. 27 — said his congregation feels deep sympathy and empathy for the Colleyville Jewish community.

“We especially relate to the unfortunate fact that a Jewish synagogue was targeted during our holy, reflective time, and that there was an interminable wait for an outcome,” he said. “We’re relieved that the hostages were freed and safe and are very appreciative of law enforcement that worked so hard to help achieve that resolution.”

Stephen Cohen is co-president of New Light Congregation, which also was attacked on Oct. 27. He said the ordeal in Texas feels different than what happened in Pittsburgh, which was clearly motivated by antisemitism. The Pittsburgh synagogue shooter left a trail of online antisemitic rants and reportedly shouted antisemitic slurs inside the Tree of Life building.

“From my understanding, it’s a British national that took hostages in a synagogue to protest a…person who is in jail for what she did in Afghanistan,” Cohen said. “Why did he target a synagogue? Why during Shabbat services?”

He said that while he doesn’t know the answers to those questions, Pittsburghers have learned how best to react to traumatic events since Oct. 27.

“We have learned to work together, to communicate, to deal with issues immediately,” he said. “The community stands together to ensure that we are prepared, monitoring social media to see whether there are copycats — stupid people doing stupid things, hurtful things.”

Both Cohen and Tree of Life Rabbi Jeffrey Myers expressed gratitude to law enforcement. In a prepared statement, Myers said he was relieved that those held hostage were alive and safe.

“While everyone is physically safe, they are also forever changed,” Myers said. “My community knows too well the pain, trauma and lost sense of security that comes when violence forces its way in, especially into our sacred spaces.”

Myers offered his support and prayers of healing for the hostages and those at Congregation Beth Israel, and highlighted the interfaith work of Cytron-Walker.

The 10.27 Healing Partnership is open to offer support to anyone traumatized by the Beth Israel hostage situation. 1027healingpartnership.org PJC