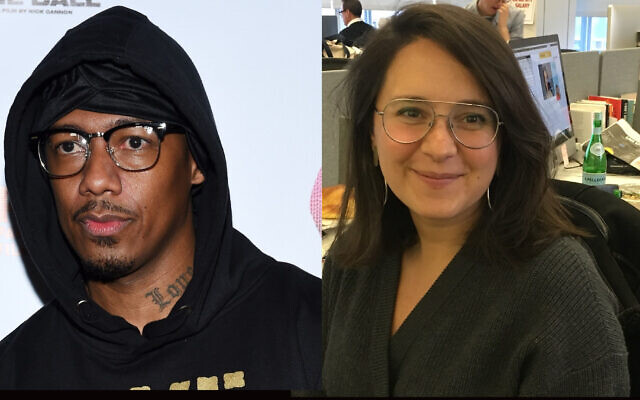 Nick Cannon and Pittsburgh native Bari Weiss exploded into the news within a day of each other last month. So perhaps it is only fitting that the entertainer, who found himself in hot water after making anti-Semitic comments on his podcast, ended the month by reviewing the former New York Times writer’s 2019 book, “How to Fight Anti-Semitism.”

Cannon apologized after his remarks came to light and promised to educate himself about Judaism and anti-Semitism. In addition to meeting with a rabbi whose focus is on combatting anti-Semitism, he also committed to reading Weiss’ book.

On July 31, he posted his review on Instagram, calling the book “an insightful and powerful read.” In his post, he said he had learned about Weiss — who resigned from the New York Times in an open letter that accused the newspaper of fostering a hostile workplace — because she had retweeted a story that criticized him. He wrote:

In this insightful read, the words that stood out to me were “Anti-Semitism is fueled by the malicious but often feeds on the ignorance of the well-intentioned.” Asking myself, is she talking about me? Knowing that my intentions have never been hateful but recently I had fallen into the same category that the author despises and writes about like Henry Ford, Charles Coughlin, and more recently the abhorrent American Terrorist Robert Bowers, who on Oct. 27, 2018 murdered 11 worshippers at the Tree of Life Synagogue in the author’s home neighborhood in Pittsburgh, which ultimately inspired her to write this book. …

In her solutions to fighting Anti-Semitism she suggests building community, loving your neighbor and praising those who do the right thing, along with not “worshiping the group over the dignity of the individual in fear of worshiping another false deity.’ … So TOGETHER let’s bring Light into this world and get rid of what is known as its oldest hatred.

Some of Cannon’s followers criticized him after his earlier apology, in a situation that Cannon said on Twitter had saddened him. While some commenters responded to his July 31 post by criticizing his book review, many Instagram users, including some who have made a point of using the platform to educate other Jews about racism, responded by thanking him and even contended with his critics. PJC