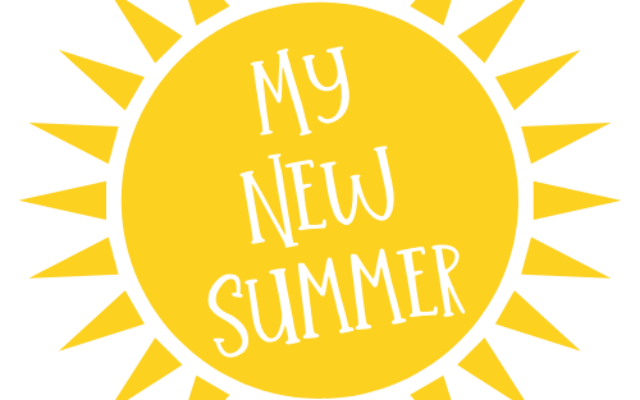 For college students and recent grads whose summer plans have been upended by the pandemic – and for those who just could use some guidance parlaying camp experience into a permanent job – My New Summer is here to help.

“At the end of the day, our mission is to help camp people prepare for what's next,” said Exler, 29.

Understanding “what’s next,” however, requires appreciating what came first.

During his senior year at Ohio University, Exler interviewed for a sales position with a professional sports team.

“I will never forget sitting in the room and this guy is looking at me, and looked at my resume, and asked me, ‘Where's your real resume?’ And he was just berating me and saying that having camp on there was a joke and that I needed real experience.”

As a soon-to-be college grad, Exler didn’t know what to say. He had completed an internship with the University of Pittsburgh’s athletics department and at Ohio University, but the majority of Exler’s experience came from his time at Emma Kaufmann Camp, where for 16 summers he rose through the ranks of camper, counselor, unit head and ultimately, athletics supervisor.

After experiencing the discomfort of having to defend himself to a potential employer, Exler drove home and called a mentor.

“Basically what I said was, ‘What do I do moving forward because I can't take camp off of my resume or else I’ll have nothing, and I can't lie?”

Exler’s mentor asked him a question, which nearly eight years later rests at the heart of My New Summer: “How are you going to sell your camp experience?”

That question helped Exler realize that he had acquired expertise that would be valuable to future employers.

“As a unit head, I was managing 25 plus staff and 200 plus campers. Another summer, I was the athletics supervisor, so I was managing staff, I was putting on tournaments,” as well as handling “other responsibilities that you don’t think about when you’re at camp because camp is supposed to be fun.”

For Exler, the trick became articulating his abilities to those who simply saw summers wasted away.

“At that moment I kind of realized that with my other job interviews I’m just going to sell the hell out of everything I learned at camp,” he said. 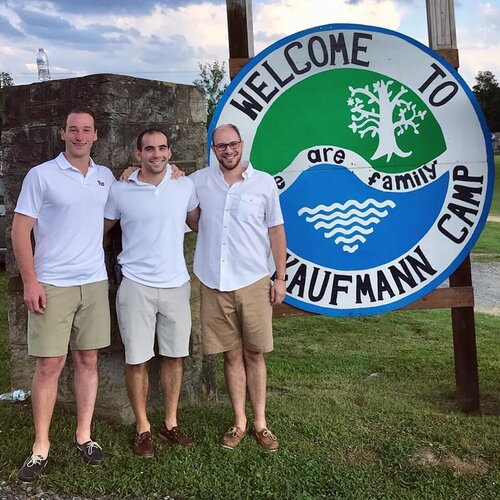 In the ensuing years, Exler took positions in the Jewish world (BBYO KMR regional director, and later, director of content and strategy at Lost Tribe Esports) and elsewhere. He worked for his father’s accounting practice and amassed an understanding of social media marketing that led to the creation of his own firm, Andrew Exler Consulting.

As a consultant, Exler relied on his own talents and developed partnerships nationwide. He eventually began wondering what would happen to others who, like him, had dedicated their summers to camp.

As he started asking around, it became clear that not only were camp staffers affected by COVID-19 closures, but college students who had secured summer internships were also seeking alternative endeavors after those previous commitments cratered. Exler reached out to a friend, Tyler Pepe, who also worked at BBYO and spent multiple summers at an overnight camp, and pitched the idea of a space for “camp people” to virtually connect, network, receive interview advice and gain resume help. Pepe became co-founder, and last month My New Summer launched.

Within weeks, the organization, which is currently seeking nonprofit status, built a platform and attracted more than 150 LinkedIn members.

“We're receiving resumes every day,” said Exler. And, along with questions from job seekers are requests from employers “asking if they're able to partner.”

My New Summer already has had several success stories, but Exler is particularly happy to talk about his initial hires, Jewish Pittsburgh natives and current college students who all had summer internships or programs canceled before joining the nascent organization.

“I was supposed to be in Philadelphia working at a video production company, doing what all of my peers do,” said Abbe Cohen, an incoming junior majoring in film and media art at Temple University. “I was kind of stuck and didn’t want to sit at home and waste this summer.”

Cohen became My New Summer’s content manager, helping the organization develop graphics for social media and assisting with the website.

Toby Lazear was supposed to be a merchandising intern at TJX Companies in Framingham, Massachusetts.

“I found out it was canceled the first week of May. By the second week of May I was already looking into different opportunities and that’s when I stumbled onto My New Summer,” said Lazear, an incoming junior at Penn State University’s Schreyer Honors College. “Andrew was my old BBYO regional director. I reached out and he told me how I can get into the LinkedIn group.”

Lazear, a supply chain management major who is also pursuing a concentration in marketing, completed a form and sent over her resume.

“I am a very extroverted person. I love interacting with people. Being at home has been difficult,” said Lazear.

Exler hired Lazear to become the organization’s relationship associate. That position, she said, enables her to “interact with different people and be the gatekeeper,” so to speak, by overseeing access to the LinkedIn group and assisting members of the digital community.

“I really enjoy it,” Lazear added. “It’s nice to help students who are going through the same situation I went through.”

“I come from a perspective of understanding what it was like to have your plans change this summer,” she said. 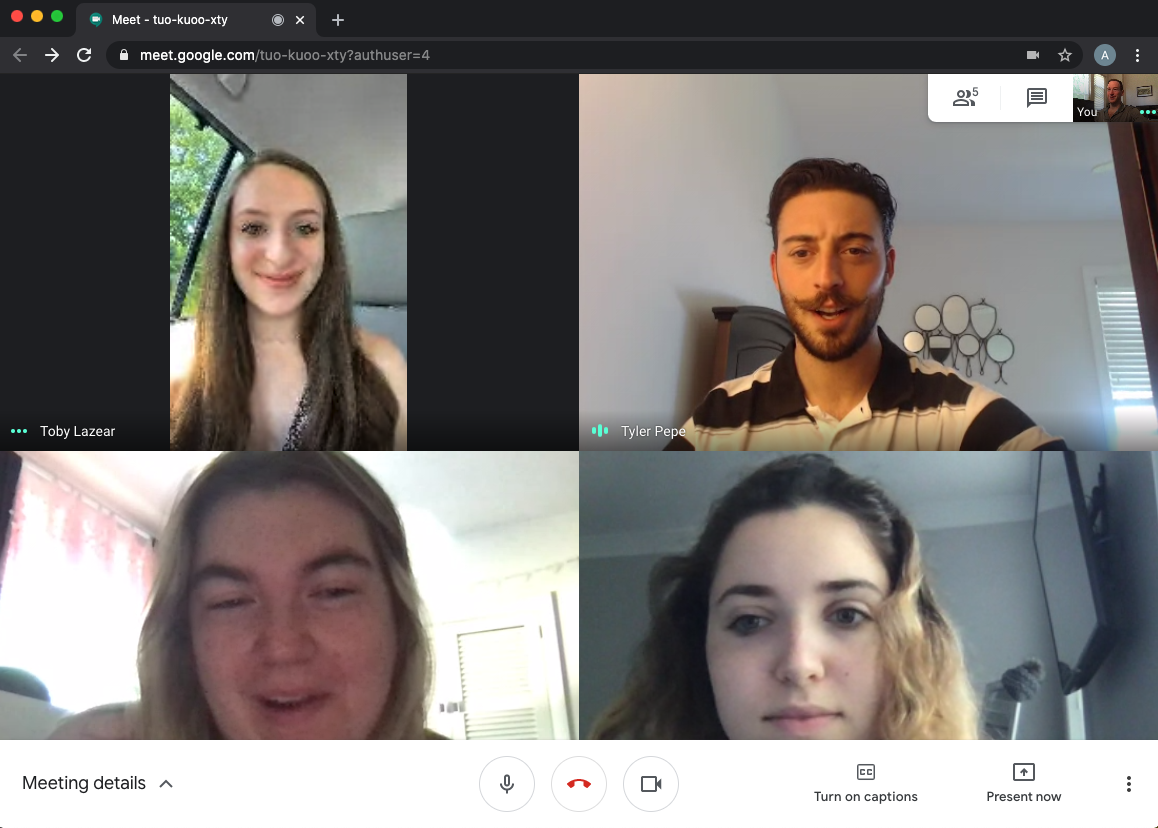 There’s been a lot of learning over the past month, but there are basically three takeaways, said Exler: managing the immediate needs of those whose summer plans fell through; defining the organization’s role, so that, while building the brand which Exler and Pepe currently bankroll, potential funders can see the direction it is headed; “and then just really continuing to hear what our partners want from us.”

In accomplishing those aims, Exler is conscious of pigeonholing himself.

Whereas the organization is looking to work with employers seeking camp staff, and camp staff members seeking employment, being a “camp person” is not necessarily synonymous with diving out of a canoe or organizing a relay race.

“For us, if we've learned anything, it's that we've definitely found a need in the middle, which is the camp community, but understanding that the term ‘camp people’ can be very broad. It's not just somebody who went to camp, but it might be someone who grew up in synagogue life or a youth group, or they've done Israel travel,” he said.

The staff of My New Summer has plans for its future that include traveling to meet potential partners, but has had to adapt to COVID-19 realities, like the rest of the world, noted Exler.

Even so, there is value in appreciating the present, explained Cohen.

“The biggest thing for me is that this is a time when you can still gain experience,” she said.

August 11, 2020
Right Now
COVID-19
Local congregations ready for a once-in-a-century High Holiday season
By David Rullo | Staff Writer
Most congregations are planning for online services, while some others are opening their doors with restrictions on the number of worshipers.

August 12 , 11:00 am - 12:00 pm
Submit an Event
Pittsburgh Jewish Chroncle
Weekly Edition
Free to Your Inbox
The email is either missing or invalid.
By signing up, you agree to our terms You hereby accept The Times of Israel Terms of Use and Privacy Policy, and you agree to receive the latest news & offers from The Times of Israel and its partners or ad sponsors.
PJC DIGITAL EDITION
View previous issues
Local
Features
Opinion
National
World
Scroll to view more