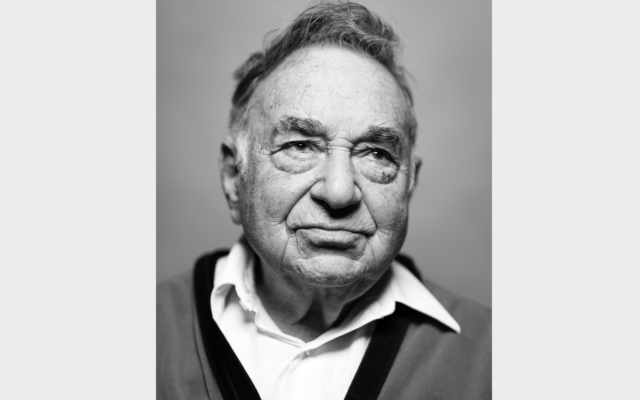 One of the last surviving European-bred cantors of the 20th century and a mainstay in Pittsburgh shuls for more than 50 years is gone.

Cantor Moshe Taube, a Polish Jew who survived the Holocaust thanks to industrialist Oskar Schindler, and used his powerful, soul-shaking voice to help lead services at Squirrel Hill’s Congregation Beth Shalom and Young People’s Synagogue for decades, died Nov. 11. He was 93.

“What a powerful story, what an amazing man,” said Stephen Smith, executive director of the USC Shoah Foundation, which filmmaker Steven Spielberg founded in 1994 to preserve interviews with survivors and witnesses of the Holocaust. “When you lose everything and everyone, there’s reason to be bitter and leave your faith. He did the exact opposite — he held onto his faith and he held onto his humanity. He lived his life. His sense of faith and providence traveled with him through adulthood in a very profound way. They say many survived for a reason, and he lived out that reason.”

The USC Shoah Foundation houses nearly 55,000 audiovisual testimonies conducted in 65 countries and in 43 languages. One conducted in 1996 with Taube is among 203 testimonies captured in the Pittsburgh area, Smith said.

“He went through so much in his life,” said his daughter, Nina Taube, a mother of four who lives in Israel. “He really always tried to do the best he could. As a father, I felt he always had my back.”

Born Maksymilian Taube in Krakow, Poland, on June 17, 1927, but known by his Hebrew name, Taube was studying piano and singing in a choir with Cantor Yossele Mandelbaum by age 8. His budding career, though, was diverted by the war. Taube and his father, Emanuel, were taken from the Krakow ghetto and assigned to a labor camp, while the rest of his family — mother, sister and dozens more — were murdered by Nazis in concentration camps.

“I could not sing between 1939 and 1945,” Taube told the Post-Gazette several years ago. “I couldn’t sing because of the atrocities that happened. Singing is an expression of fulfillment, happiness, of worship. I did worship, but not with singing.”

Taube and his father worked at a munitions plant in what is now the Czech Republic where German businessman Oskar Schindler employed Jews, saving more than 1,000 from Nazi camps. Schindler’s work was portrayed and dramatized in the 1993 Spielberg-directed film “Schindler’s List.”

“These are men and women who lived extremely long lives after surviving the Holocaust,” said Lauren Bairnsfather, who heads the Holocaust Center of Pittsburgh. “I try to see the joy in that, that we were lucky to get to know them. Nevertheless, it’s a painful loss.”

Taube came to the United States in the 1960s by way of Romania and Israel. Before coming to Pittsburgh to begin a 40-year residency at Beth Shalom, he earned a diploma in voice from The Juilliard School in 1962, studying under Hans Heinz, a spokesperson there said.

“He was an old-world personality, both in the sense of his education and his cantorial preferences,” said Rabbi Emeritus Stephen E. Steindel, who shared a bima with Taube at Beth Shalom for 18 years. “He didn’t get reshaped by the American wash, shall we say, either in his lifestyle, his pious Jewish lifestyle, or his cantorial style — he remained true to form.”

Students and followers of Taube — who composed cantorial music as well as he performed it — could be found in every corner of the world, said Steindel. The rabbi regularly made pilgrimages to Jerusalem to hear the singing of Cantor Asher Hainowitz, who, as a preteen, studied under Taube at Bograshov Synagogue in Tel Aviv decades ago.

Taube first sang next to Steindel during the High Holidays in 1986. But Steindel, like many, was aware of Taube’s voice and legend before meeting the man.

“I had heard his voice — I have been accused of taking dates of mine to concerts of his,” said Steindel, who first served Pittsburgh Jews at Beth El Congregation of the South Hills after being ordained in 1973. “It was a great privilege [to work with him], to be together in the pulpit at Beth Shalom. And he didn’t let me down. He was going strong 20 years later. He had an amazing gift of God.”

“It was always such a pleasure to hear him,” said Rabbi Seth Adelson, a cantor, who has led Beth Shalom since 2015. “He was one of the last, great North American cantors. He was certainly ‘world-famous’ in Squirrel Hill, as he was known around the world as a performer and a composer of music.”

Taube’s singing was emotive and “sounded like a mixture of Yiddish folk music and traditional liturgical works,” Adelson added. “His work had a very creative, really beautiful style all its own. Taube embodied that old-world ethnicity but also was very creative himself.”

Eric Lidji, director of the Rauh Jewish History Program & Archives at the Sen. John Heinz History Center, echoed the notion that Taube was one of the last, great old-world cantors.

“When he came in 1965, his two most recent predecessors at Beth Shalom had been American-born. He was a return to the European tradition,” Lidji said. “He was much younger than the other cantors at Conservative congregations in the city at the time he was hired — Harry Silversmith was at Tree of Life and Mordecai Heiser was at B’nai Israel. Because of that, and because of his longevity, he became the last of his kind in the city.”

Congregation Beth Shalom will host a tribute to Taube at 7:30 p.m. on Thursday, Nov. 19.

Cantor Henry Shapiro of Parkway Jewish Center in the eastern suburbs is hosting a tribute to Taube from 6-7 p.m. on Friday, Nov. 20. Shapiro, who performed for decades as a klezmer musician before joining the cantorate, studied under Taube.

Taube never flaunted his knowledge of technique, said Shapiro. Though it was obvious he was a master of the form, he never brought up his Juilliard credentials.

“The real delight with him was he naturally had the Yiddishkeit, the Jewish sense of the music and the cantorial music,” Shapiro said. “It was very easy to be attracted to it.”

After retiring from Beth Shalom, Taube sang into his 90s at Young Peoples Synagogue, a traditional Jewish shul in Squirrel Hill. He spent roughly 13 years as its cantor, said Rebecca Spiegel, the congregation’s president.

“It sometimes looked like his voice was going to walk out of him — his voice was so strong,” Spiegel said. “It was tremendous. During the High Holidays for us at Young Peoples, you could hear a pin drop. Everybody was in awe of his voice and his demeanor.”

Dr. Adam Rothschild knew that awe. The physician lived down Bartlett Street from Taube during some of Taube’s later years.

“On Sukkot, what I remember is him sitting there in his sukkah benching, belting it out,” Rothschild said. “It was like having a private little concert in my backyard.”

“It was almost surreal because I had this personal relationship with him,” Rothschild said. “I had heard him sing before in a prayer context but I never saw him perform until then. As super as it was, it was hard to fathom the emotion of everything that was his life in a moment of song.”

He is survived by his wife Helene and three children. PJC