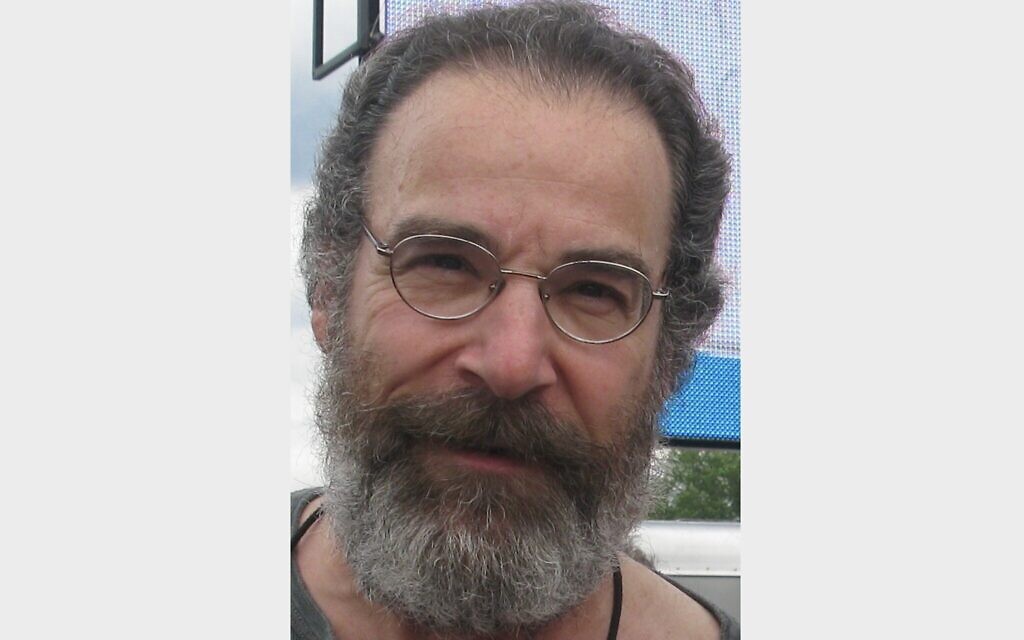 Actor Mandy Patinkin reached out Wednesday through social media to help comfort a fan grieving over the death of her father, and revealed that it was the memory of his own parent that inspired him during an iconic scene in the film “The Princess Bride.”

Patinkin responded personally to TikTok user Amanda Webb after she posted a clip Sunday on the video-sharing site in which she said her father, who died in March of cancer, was a big fan of the 1987 cult movie.

In the video, published on her account @alaska_webb, she said her father’s favorite character was Inigo Montoya, played by Patinkin.

Webb noted that she had seen a rumor online that in Patinkin’s most famous scene of the film, when he confronts his nemesis Count Rugen, the six-fingered man who killed Montoya’s father, the actor was inspired by the memory of his own father who died of cancer when he was 18.

Finally finding his father’s killer after years of searching, Montoya repeats the line he long practiced for the meeting as he finds within himself the strength to continue fighting even though he’s badly injured: “Hello, my name is Inigo Montoya. You killed my father. Prepare to die.”

As he finally beats Rugen, the once-disdainful count begs Montoya to spare his life, promising him money, power, “anything you want,” before attempting one final treacherous blow. The swordsman then stabs and kills his nemesis.

In her video, a tearful Webb said the scene and final line had come to have new meaning for her since the loss of her own father. She expressed hope that Patinkin might see her message and know how much the movie had affected her and her father.

Thousands of TikTok users tagged Patinkin on the video and he was eventually shown the clip.

A video posted to Patinkin’s own Twitter feed showed the actor and his wife grow emotional as they watched Webb’s original clip.

The couple was visibly moved and Patinkin then confirmed that he had in fact been thinking of his father when he said the famous line “I want my father back.”

He said that ahead of shooting the scene, he walked along the castle and spoke to his father in his mind.

“From the minute I read the script… I said I’m gonna do this part because in my mind if I get this six-fingered guy that means I killed the cancer that killed my dad and I’ll get to visit my dad,” he said, his voice breaking. “That moment was coming and I went and I played that scene… and then I went back out there and talked to my dad.”

Patinkin said that like him, Webb could always talk to her dad.

Patinkin, who is Jewish and strongly connected to Jewish tradition, added that every day he says prayers for all those he knows who have died and asked that Amanda let him know her father’s name so that he can be included in that list.

“Thank you for sharing this with us,” Patinkin wrote in the post with the video. “We are so sorry for your loss, so moved that this movie meant something to you and your dad and so glad you asked this question.”

In a lengthy series of follow-up posts addressed to Webb, Patinkin noted that his wife, actor-writer Kathryn Grody, had lost her parents when she was in her mid-twenties and spoke of the grief they have suffered. Patinkin also directed Webb to The Dinner Party association which helps young adults deal with the loss of loved ones.

Patinkin’s video that includes Webb’s own clip has had over 1 million views so far, and many thousands of likes and shares.

On Wednesday, Webb posted another video of how “overwhelmed” she was by Pantinkin’s response. “I am beside myself, I am shvitzing, this is too much,” she said. Her dad’s name, she added for Patinkin’s prayer, was Danny. PJC