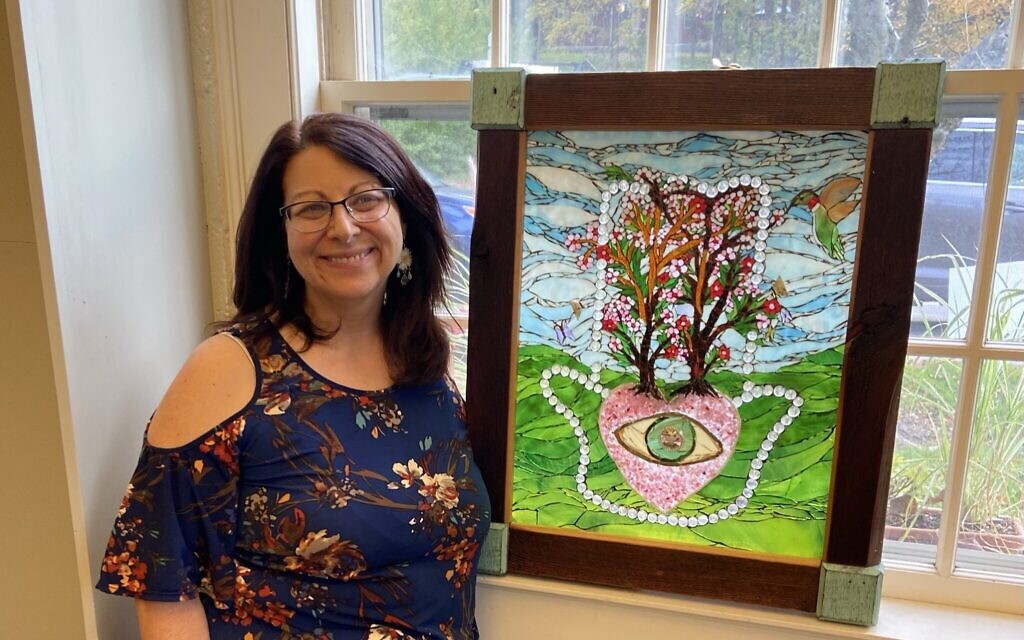 Two Jewish women — one from Monroeville, one from Jersey City, New Jersey — are exhibiting art this summer that addresses racism and hate at a group exhibit in a Lawrenceville gallery.

Debbie Maier Jacknin and Donna Greenberg, who are part of the polymer clay group The Gathering, first exhibited the work at a show in New Hampshire. The work stemmed from a yearlong dialogue the group of women artists had in the wake of George Floyd’s death.

“It’s almost become a snapshot in time — from George Floyd’s murder to one year later, we went through a lot together,” said Jacknin, who is a member of Temple David and owns Songbird Artistry, the aforementioned Lawrenceville gallery, with her two daughters. “It’s one thing hearing about it, it’s another when you see a group of women — seven white, seven black — go through this experience together.”

One of Jacknin’s striking pieces is an ornate work titled “Eye Persist,” which draws its name, in part, from the eye-bedecked hamsa that takes center stage.

“In a world where many of us have a tendency to focus on ourselves, our religion and our beliefs, would we perhaps see the world differently if we took a step back and instead focused on what we have in common?” Jacknin wrote in a blog entry on the “Eye Persist” piece. “If we did that, would we treat each other differently?”

For the New Hampshire show, each of the 14 women designed a 10-inch-by-10-inch tile work centered around a word they found powerful and meaningful, Jacknin said. Additional pieces also were created and exhibited.

“This element of hate is out there,” Jacknin told the Chronicle, “but art has a way of reaching people.” 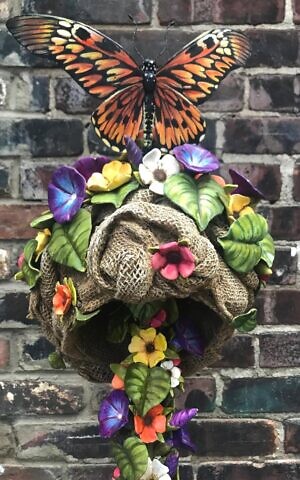 Donna Greenberg’s “Headpiece” (Photo courtesy of Debbie Maier Jacknin)
Donna Greenberg, who lives a few blocks from where she was born in Jersey City, chose the word “RISE” and Maya Angelou’s accompanying poem “And Still I Rise” as a point of inspiration for her contributions to the exhibit.

“That poem came very strongly into my head,” Greenberg said. “I tried to create a piece that showed what that poem was trying to say … as a way I could relate to this. Jews definitely relate to the idea of being other-ized.”

Greenberg started working in the arts in the New York City area in the 1970s, first in ceramics, then tapestries. After a long sojourn in the world of decorative painting, she began working with polymer clay about 15 years ago.

Greenberg remembers being approached by fellow polymer clay artist Cynthia Tinapple about the idea of forming the circle, or Gathering, of 14 artists, working through issues of racism, bigotry and hate together. She had few expectations about the group’s output.

“I had no idea what [the group coming together] would mean,” she said. “If there was anything I could do except for marching, I wanted to be a part of it.”

“As a Jewish woman,” Jacknin added, “I feel this is a very important topic and believe that the Jewish and Black communities can tackle the issues of hate together.”

The exhibit, titled “Truth Be Told: An Artful Gathering of Women,” is open from June 24 to Aug. 13 at Songbird Artistry, near Children’s Hospital of Pittsburgh of UPMC on the Lawrenceville/Bloomfield border. PJC