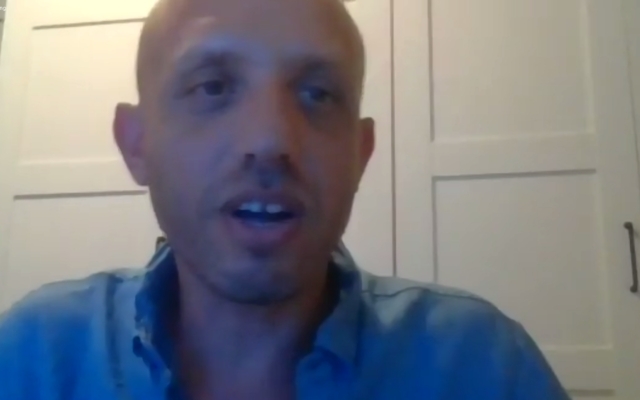 Decades before Donald Trump’s ascension to the presidency, Israeli Prime Minister Benjamin Netanyahu modeled a path for political leaders to skirt their national media and communicate directly with the public. That Netanyahu could forge such a track – often through American aid – is the premise of Dan Shadur’s 2018 documentary “King Bibi.”

Shadur, an Israeli filmmaker and writer whose work has appeared on PBS, explored the documentary on July 23 with Classrooms Without Borders scholar Avi Ben-Hur, and nearly 320 participants, during an almost 90-minute Zoom program that was hosted in partnership with South Hills Jewish Pittsburgh and Rodef Shalom Congregation. As Ben-Hur provided reference to the State of Israel’s evolution, Shadur explained how Netanyahu’s early understanding of the journalistic landscape gave rise to a decades-long personal performance that’s still underway.

“One of the things that was most interesting for me to deal with in the film is showing what he does in the 90s,” said Shadur. “In his first term, Netanyahu [creates] the blueprint for this kind of media populism that he would use 20 years later. When you look at the rally of his first win in 1996, you will see people holding signs against the leftist media — and these are the things you will see at Trump rallies two decades later.”

Another telling point, continued the filmmaker, is that in 1997, while launching Israel’s prime minister website, Netanyahu continued laying familiar groundwork by including a video of himself speaking directly to the Israeli populace.

While peering into the camera’s lens, Netanyahu says in Hebrew, “You don’t have to rely on interpreters and mediators. You can ask what you want, go where you want. You can decide what you hear, what you see, and even what you think. I think it’s refreshing. That’s the future to which I’m committed to.”

Removing the media from the role of intermediary, or watchdog, “creates a certain connection with the people, with the viewers, that is visionary,” said Shadur. “What is interesting about Netanyahu is you can feel that he understood this earlier than, not just everyone in Israel, but earlier than a lot of people around the world. And right wing politicians around the world today, I think a lot of them admire him, and I think a lot of them see him as a great leader who paves the way for these kinds of politics.” 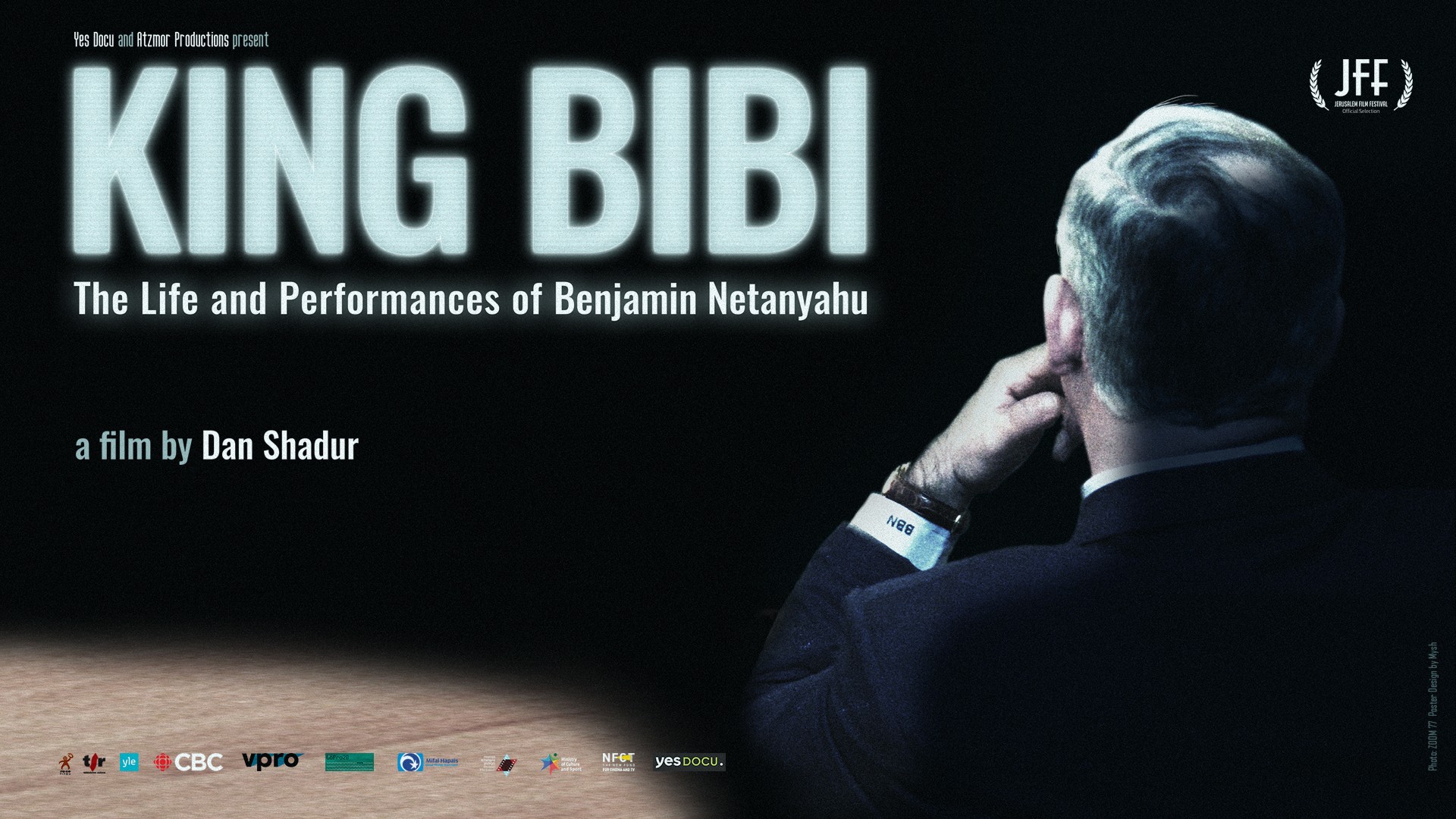 Image courtesy of Classrooms Without Borders

Deliberately, throughout the 87-minute documentary, viewers see and hear almost exclusively from Netanyahu.

Given “the nature of Netanyahu’s performance, I wanted to give him the stage,” said Shadur. And, because any discussion surrounding the prime minister is “so volatile and polarizing, I was looking for a way, not to avoid it, but to tell a story in a different way then we’re used to perceiving it in the news where some people hate him and some people adore him.”

Although Netanyahu commands most of the film’s screen time, audio of Lilyan Wilder, a communications consultant who prominently worked with Netanyahu and others, is included.

Before her death in 2009, Wilder instructed scores of students and possessed a client list that “reads like a who's who of American broadcast news,” reported The New York Times.

Among Wilder’s noteworthy pupils were Oprah Winfrey and Katherine Graham, the late Washington Post publisher who presided over the paper’s coverage of the Watergate scandal, reported Forbes.

The connection between Wilder and Netanyahu was very strong, said Shadur, and it was important for viewers to understand her methodologies.

“Don’t talk down, don’t talk up. Talk to them from your heart,” says Wilder during an audio recording in the film. “Of course you’re not here to act, but using your own experience and your own sense of reality while you’re speaking connects you to your subject and your audience as nothing else can. Acknowledge and believe that you are a person of intelligence and authority. Believe you have something of value to say. The time to start saying it is now.” 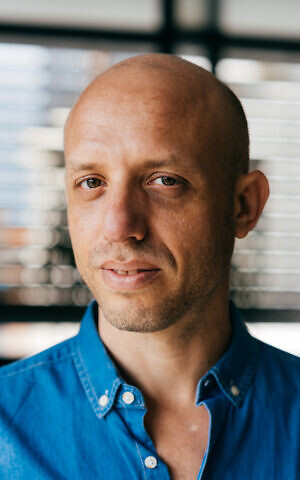 While traveling in the States and promoting his 2013 film, “Before the Revolution,” Shadur first noticed Netanyahu’s interactions with the American media. “I thought there’s something strange going on, and that I should learn more about the subject,” he said. There seemed to be a disparity in that Netanyahu engaged with American journalists more so than he was presently doing in Israel, and as “someone who grew up in the 90s, there were so many memorable moments of him in the media. I was intrigued by the idea of bringing all these performances together.”

Shadur, a self-described “leftist filmmaker,” didn’t intend the documentary to be an assault on political ideologies. Instead, it was an opportunity to better understand a cinematically intriguing character, how Israel has changed since Netanyahu first appeared on the international stage and the connection between media and politics.

Both within Netanyahu and the State of Israel, there is evolution that occurred during the past 40 years, and capturing that rise, without making a six-hour film, was part of the challenge, noted the documentarian. Given the space that a documentary provides, “you can't really tell it all,” said Shadur, adding “you want to make a film that is not only a book or lecture, you want to make a film that is entertaining, that is dramatic. For me, it's important to create a narrative that is as tense and dramatic as possible. We're here not only to tell a story or to educate, we're here to entertain.”

Given responses to the film, Shadur is proud of the work he created.

On the right, people “attacked me for not portraying how great Netanyahu is, and said that I'm showing him as a master of the media and kind of an empty tool,” and on the left, “I got as much passionate response saying that the film is not radical enough, that the film doesn't show him as what he is, as the devil that is bringing Israel down.”

“I guess when you're upsetting people on both sides, you feel you've done something right,” he said.

The purpose of welcoming Shadur and showing “King Bibi” to nearly 320 people was “to facilitate discussion and make people think,” said Tsipy Gur, founder and executive director of Classrooms Without Borders. As an organization, “we’re not political. We’re bringing it in for the conversation.” PJC