Mashups seem to be hot this season, so if Lifetime and KFC can collaborate on a mini-movie starring Mario Lopez as a steamy Colonel Sanders then why not blend bacon and Chanukah?

In an ode to savory sufganiyot, Judah Cowen of Elegant Edge Catering is including a maple glazed candied beef bacon donut on his takeout menu for Shabbat Chanukah.

Making a kosher creation that centers around what sounds like a singularly treif item is one positive outcome of COVID-19, explained Cowen.

Since the start of the pandemic, with fewer large-scale events and more people stationed at home, Cowan’s Squirrel Hill-based catering company has pivoted with an eye toward takeout, giving him a bit more room for creativity.

A family of two or four may be more apt to try maple glazed candied beef bacon donuts than a host ordering Chanukah treats for a big affair, he said. 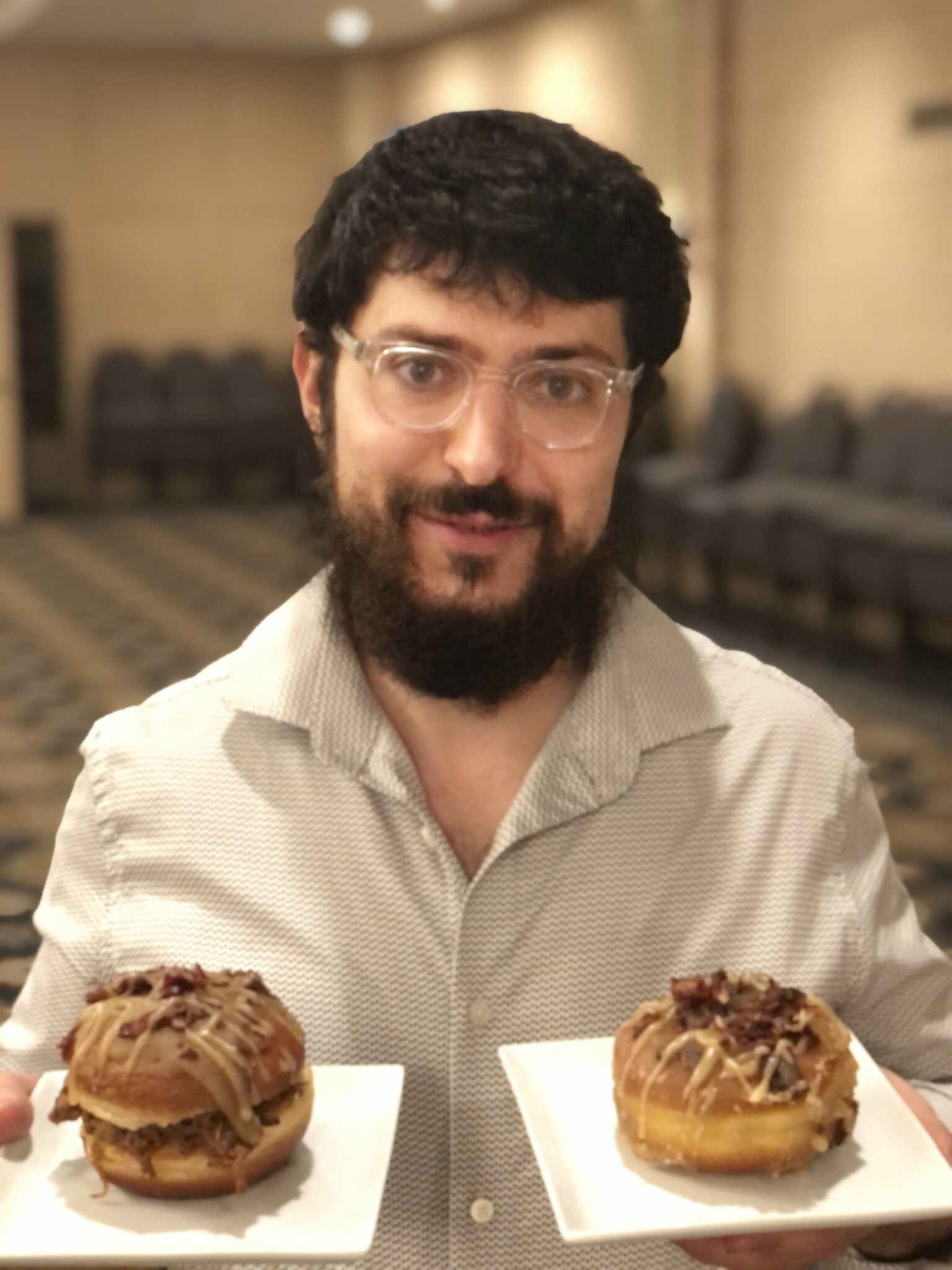 Cowen, a graduate of the Jerusalem Culinary Institute, said the donut was inspired by the rich flavors of Israel. Having spent nearly five years in the Jewish state, Cowen remembers tasting sufganiyot filled with jelly, custard and even meat during the winter holiday.

Although Cowen’s donut — which is listed as an entrée on his takeout menu — may be relatively new to Pittsburgh, similarly exotic offerings have sprouted up elsewhere in recent years.

In 2016, Burger King announced it was selling a “Sufganiking,” a donut-Whopper combo, at its Israeli-based chains during Chanukah.

Two years later, the Jerusalem Post reported that a slate of New York kosher eateries were serving donuts made with schnitzel, pastrami and even lamb.

Cowen toyed with the idea of stuffing his sufganiyah with pastrami, but elected to inject beef bacon instead.

“We were messing around with it, but I really stuck with this,” he said.

Since placing the sufganiyah on his takeout menu, orders have come in at a steady pace. By the morning of Dec. 11, he had sold out.

Cowen thanked his “loyal following” for their support, and added, “If I knew the amount of attention this would get, I probably would have come out with a few more varieties. We’ll work on that for next year.” PJC