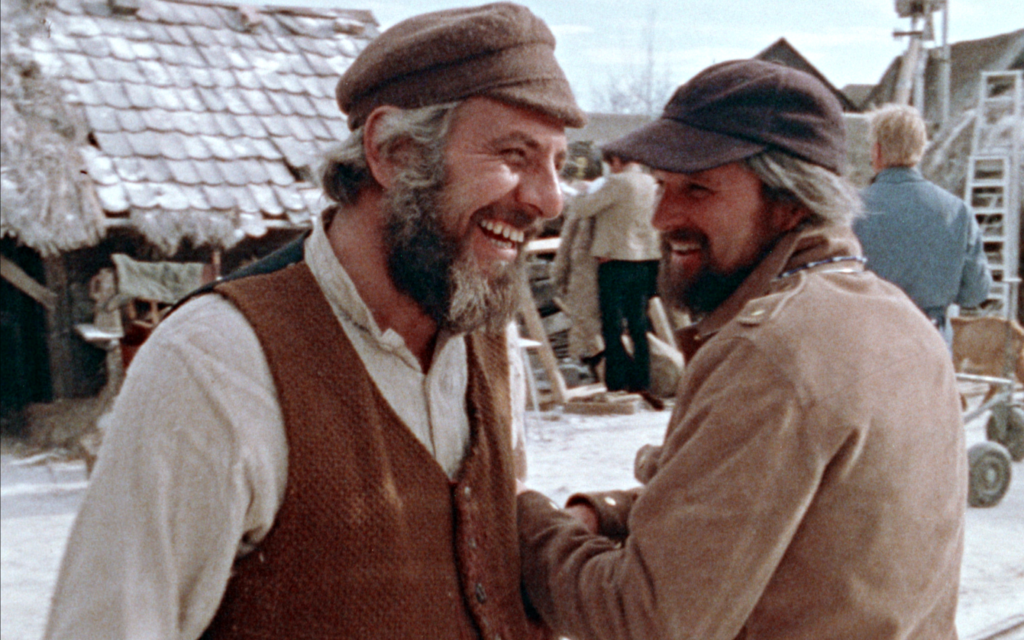 JFilm, the region’s long-standing Jewish film festival, opens its 29th season with the Pittsburgh-filmed romantic comedy “Cha Cha Real Smooth” on April 28 at the AMC Waterfront. The festival, which runs through May 8, will feature two additional in-person screenings and 15 films available for viewing online.

On May 5, at AMC Waterfront, there will be an in-person screening of “Repairing the World: Stories from the Tree of Life.” Following the screening, director Patrice O’Neill will be in the house to discuss the film and answer questions.

Two virtual “Film Schmoozes” will be complimentary for ticketholders to discuss “The Replacement” and “Three Minutes – A Lengthening” with university scholars.

As in years past, the festival’s films come from around the world, including France, Germany, Israel and Spain.

Reviews of five of the films follow. For a complete schedule and trailers, visit filmpittsburgh.org.

Fans of Norman Jewison’s brilliant silver screen adaptation of Broadway’s “Fiddler on the Roof” will be fascinated by this compelling documentary about the making of the film. Featuring new interviews of those key to the movie’s development, along with captivating archival footage, “Fiddler’s Journey to the Big Screen” shares the insiders’ perspectives on the creation of what film critic Pauline Kael called “the most powerful musical ever made.”

Narrated by Pittsburgh native Jeff Goldblum, the documentary includes such gems as interviews with the three actresses who played Tevye’s oldest daughters and Jewison’s childhood recollections of being the target of antisemitic bullying in school although he was not Jewish.

Behind-the-scenes footage of the film’s production and archival interviews with Topol, who played Tevye, provide a fitting tribute to the movie which premiered a half-century ago but has stood the test of time. 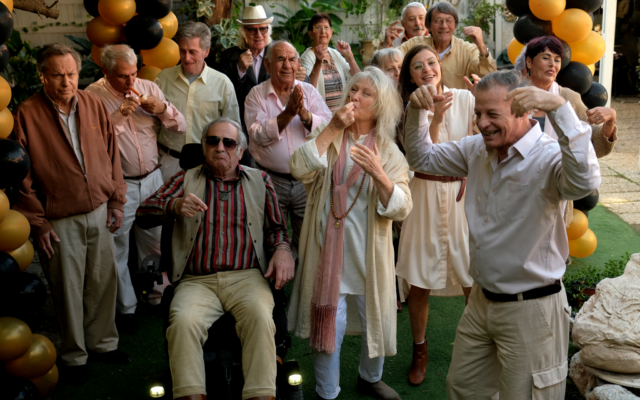 In a list of greatest stoner films, “Greener Pastures” will never match “Dazed and Confused,” “The Big Lebowski” or anything by Cheech Marin and Tommy Chong. Still, “Greener Pastures” is a complement to the genre. The Israeli film follows septuagenarian Dov and his efforts to exit the senior living center he now calls home. Believing that his new abode is akin to a prison, Dov hopes to gain independence by buying back the house he once owned. The problem, though, is that Dov doesn’t have the money to make such a purchase. After realizing that the state provides seniors with medical marijuana, Dov concocts a plan, which leads him through a predictable path of crime, questionable characters and, ultimately, understanding. Dov’s realization is similar to what viewers come to appreciate at “Greener Pasture’s” conclusion: Sometimes the best-laid plans are nothing more than smoke.

Within a sweeping two-hour-long film, Israeli director Avi Nesher revisits the 1948 Battle of Nitzanim. Fought between members of a southern kibbutz and the Egyptian Army during Israel’s quest for independence, the battle was one of only a few cases of Israeli surrender and long considered a source of humiliation. Nesher takes issue with the latter, suggesting that reaction to Nitzanim is an oversimplification of the combatants’ efforts. By focusing on kibbutzniks and an Egyptian filmmaker, Nesher reveals the complexities of conflict, passion and time’s ability to reshape both. “Image of Victory” never deviates from being a war story but its takeaway is a reminder of the pricelessness of peace.

“One More Story” opens in the middle of an awkward first date. After a series of embarrassing mishaps and uncomfortable miscues, Yarden Gat (Dina Sanderson) and her anonymous date (Guri Alfi) decide to reset and fast forward to a typical fifth date, “put it all on the table and tell each other how they suck.” Gat goes first and recounts a story that would scare away just about anyone.

The tale she weaves involves sleeping with her boss (Lior Ashkenazi), manipulating her friend (Maayan Blum) to go on a series of dates she can write about and, when he meets the girl of his dreams (Daniel Gal), works to keep them apart for the sake of her story.

The plot of “One More Story” is a fresh take on the boy meets girl, boy loses girl, boy wins girl narrative. It recounts the beginning of a love story for both couples but doesn’t feel overly complicated or forced. Directed and co-written by Alfi, the Israeli rom-com is a smart, funny and fast-paced film that, despite being predictable, keeps viewers engaged until the final scene.

If there is one distraction for American audiences who don’t know Hebrew, it’s the English subtitles, which are often slightly incorrect and filled with grammatical errors. Even with the occasional distractions, though, “One More Story” is an enjoyable take on a familiar theme. 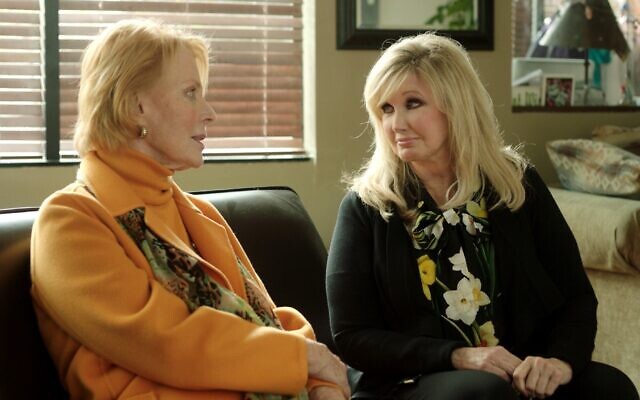 Call it a feature-length, kinder “Curb Your Enthusiasm.”

“Our (Almost Completely True) Story” is filled with actors and actresses of a certain age and pedigree playing fictionalized versions of themselves. Familiar faces like Mariette Hartley, Morgan Fairchild, Maeve Quinlan, Bernie Koppell and Tess Harper intermingle with industry insiders Jerry Sroka and Don Scardino, and seasoned character actors including Sam McMurray and Peter Onorati, in this gentle romantic comedy.

At its heart, “Our (Almost Completely True) Story” is a love story between Hartley and Sroka (real-life husband and wife). Viewers will feel comfortable with the film, whose scenes and soundtrack often evoke other movies and actors — including camera homages to Hitchcock and Sroka’s passion for reciting classic movie lines. Along the way, bad dates, auditions and encounters with exes provide plenty of laughs.

Allusions to period pieces and famed directors aside, “Our (Almost Completely True) Story” is a story of people and relationships. It shows the struggles of growing old in an industry addicted to youth, the attempts to deal with technology and new ways to work — and date — for actors not necessarily comfortable with the advances of time, and how to love while traversing the unfamiliar condition of aging.

Written by Sroka and directed by Scardino, “Our (Almost Completely True) Story” is like pleasantly floating down a familiar river. Just don’t expect a lot of rapids along the way. PJC