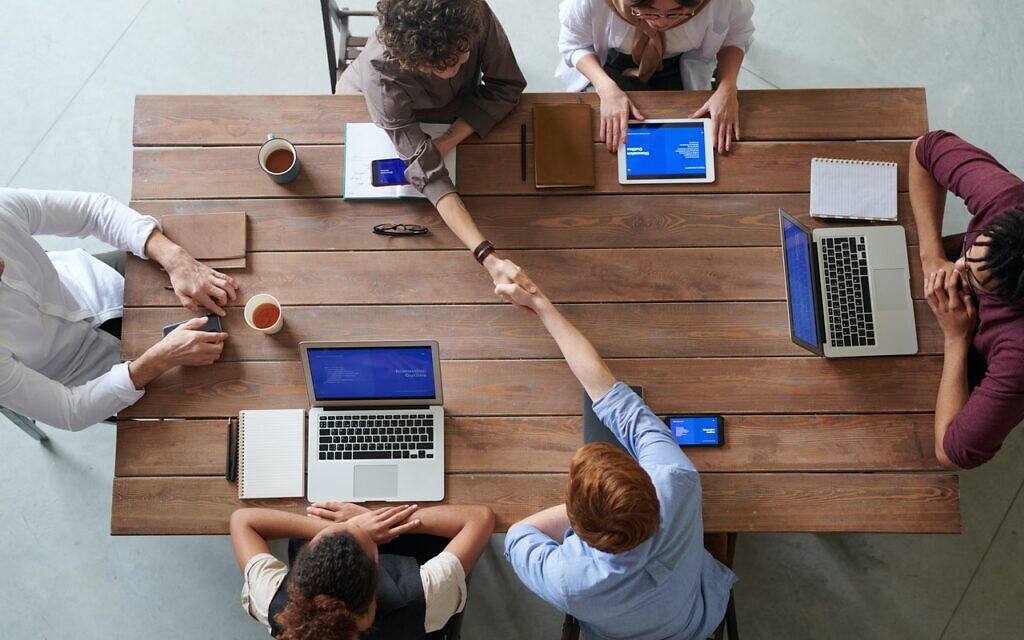 Every year since 1976, Michigan’s Lake Superior State University has issued its popular “Banished Words List,” a collection of overused or inappropriate words and expressions its judges think should be struck from the language. The top three offenders of the 2022 list just released are: “No worries,” “At the end of the day” and “Wait, what?”

One expression that I think should be added is “It’s just business,” or, to be more specific, “It’s not personal; it’s just business.” If one considers where we are in 2022, it’s evident that the sell-by date of this antiquated corporate cliché — often uttered lazily and indifferently during layoffs — has long since passed. This is especially so from a Jewish perspective.

Our jobs or careers have always been personal to a certain degree if you consider that historically we’ve spent at least eight hours a day or a third of our adult lives working. Other than our families, what could be more essential to our identities or sense of self-worth than our work?

But with the advent of the cellphone and the internet, and now the pandemic, work has become even more personal. The technology gradually eroded the barrier between our work and private lives so that as soon as cellphones became ubiquitous your boss could reach you anywhere at any time and expect you to answer. One would hope employees observing the Sabbath receive a weekend reprieve.

For others, the pandemic completely exploded what remained of that work/personal life barrier as many people now work from home and have no office to go to. These “distance workers” are forced to juggle their responsibilities as employees and caretakers for their family simultaneously.

This fact was brought home to me recently by the story of a friend who lost her job while caring for her family during the pandemic. Her boss was petty and vindictive but still told her, “It’s not personal; it’s just business” during the disciplinary process leading to her termination.

The ugliness of this expression of institutional indifference was compounded by the fact that both my friend and her former boss were Jewish. That’s because “It’s not personal; it’s just business” tonally echoes the old Nuremberg Defense — “We were just following orders”—in its disavowal of any individual responsibility or guilt for bosses’ cruelty toward their employees. Saying this is to wear an institutional mask, a way of pretending, “It’s not me who’s hurting you unnecessarily but the rules, over which I ostensibly have no control.”

Ironically, there is a more direct, although deeply unsavory, connection between the expression and Jewish business. Historians believe Otto “Abbadabba” Berman, the accountant to the infamous mobster Dutch Schultz first uttered it — not exactly a mensch role model for an upstanding Jewish businessman or woman.

The expression was later made famous in the first “Godfather” film when Michael Corleone says, “It’s not personal, Sonny. It’s strictly business” while plotting a mob hit. His brother has just pointed out how intensely personal the assassination would actually be, that unlike in the military where Michael killed people from a distance, he will have to place the gun directly to his victims’ temples. That Michael utters this flat unemotional response reveals both his rationalization of a personal act of revenge — the men he kills tried to murder his father — and what a cold-blooded killer he truly is.

There is a fundamental problem with treating any human being in such an impersonal disposable manner, but especially a fellow Jew. Judaism begins with the premise that all human beings are created b’tzelem Elohim, in the image of God, and, therefore, we should treat one another with respect and dignity.

Disavowing one’s responsibility toward humane treatment of one’s employees because of a soulless institution’s rules is not an acceptable excuse. A person who has power over another always has some control, especially one’s boss, and if you’re browbeating an employee in her home while she’s tending to her loved ones during the worst pandemic in 100 years, you should refrain from uttering that old lie: “It’s not personal; it’s just business.” Nothing could be more personal. PJC

Lewis Braham is a writer in Pittsburgh.