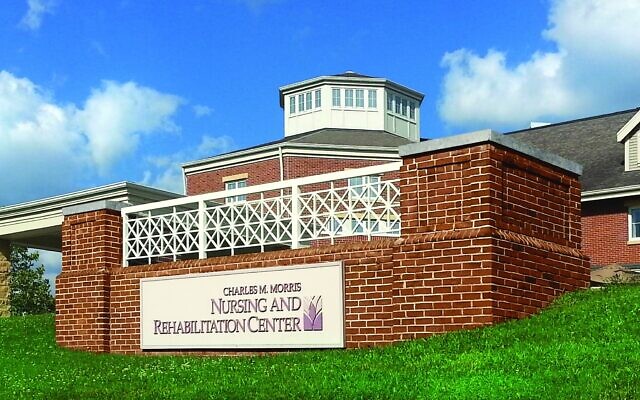 The Jewish Association on Aging today announced its tentative decision to close the Charles M. Morris Nursing & Rehabilitation Center. If finalized, the nursing home closure will take place on Jan. 12, 2021.

All other residential arms of the JAA, including Weinberg Village, Weinberg Terrace, AHAVA Memory Center and The New Riverview — which collectively house 341 residents — will remain intact.

Likewise, the JAA’s other services, including Mollie’s Meals, Sivitz Hospice & Palliative Care, and Home Health Services will continue to operate, as will AgeWell at Home/AgeWell Pittsburgh, a JAA partnership with the Jewish Community Center of Greater Pittsburgh and Jewish Family and Community Services supporting more than 8,000 seniors.

The facility’s potential closure is the result of the convergence of three factors: a significant gap between Medicaid funding and the cost of caring for Medicaid clients; a trend toward at-home care for the elderly; and the financial impact of the coronavirus crisis, including a marked decrease in short-term rehabilitation patients due to the reduction of elective surgeries.

The financial challenges that led the JAA to its decision are shared by many nursing facilities across Pennsylvania and throughout the country.

“In the state of Pennsylvania, Medicaid rates for nursing homes have been flat for the last six years,” said Winn-Horvitz. “In fact, our rates have been relatively unchanged for the past 10 years.”

The Medicaid gap in funding at Charles Morris was $4 million in fiscal 2019-2020, having doubled in the last five years.

Nationwide, about 60% of funding for nursing homes comes from Medicaid, which covers only 70% to 80% of the actual cost of care, according to a recent survey conducted by the American Health Care Association/National Center for Assisted Living.

Winn-Horvitz described the Medicaid gap as a “national crisis.”

“For nonprofit, faith-based caregivers like JAA, these financial losses in the nursing home business, year after year, are totally unsustainable,” Shulman said in a prepared statement. “Therefore even the most resilient organizations are faced with making difficult decisions like this.”

A number of medium and small Jewish nursing homes around the country, including the Madlyn and Leonard Abramson Center for Jewish Life in Philadelphia, have been sold over the last five years, Shulman told the Chronicle, because of the Medicaid funding shortfalls. While the laws differ from state to state, he pointed to Pennsylvania’s as being particularly “difficult.”

In coming to its tentative decision to close Charles Morris, JAA leadership explored other options, including downsizing, mergers and affiliations, according to Andrew Stewart, the JAA board’s president. None proved viable.

The board, Stewart said, was “faced with balancing our desire to continue to provide this particular type of service against the thousands of other seniors that we touch in our 10 other programs. We try and provide the highest quality of care across the platform. We have to balance out all of those and, unfortunately, the trifecta of 10 years of flat funding for Medicaid, and then the shift toward aging in place, and then the consequences of a pandemic, really forced us to make this hard decision now in order to preserve the sustainability of the programs that we have to offer that are needed by so many people.”

Shulman agreed that closing the facility “was the right thing to do,” but acknowledged that for Charles Morris residents and their families, the decision will be “devastating.”

“The home had a fabulous reputation for a number of years in the community,” Shulman said. “It has been a community staple in Pittsburgh. It’s going to be very difficult.”

JAA leadership is committed to not only mitigating that difficulty, but is looking toward building a new model of service for Jewish seniors that has an even greater reach.

In the coming weeks, the JAA will work with the approximately 50 Charles Morris residents and their families to evaluate each individual’s options, including transferring to another JAA facility, going home with additional support or transferring to a different care facility not affiliated with the JAA.

For individuals who need to go to another nursing home facility, “the positive is that there are available beds out there because everyone is experiencing this historical low census,” said Winn-Horvitz. “We know who the quality providers are so we will be working with our residents and families on identifying those quality options and providing them with information to help them make the best possible choice.”

To maintain Jewish connection for former Charles Morris residents — and to broaden that connection to include other Jewish residents of facilities across Greater Pittsburgh — the JAA will hire a Jewish community skilled nursing facility liaison. The liaison will provide a host of services, including in-person or virtual visits; coordination of visits from the new director of pastoral care, Rabbi Dovid Small; coordination of transportation to the JAA campus for religious services and other communal activities; and coordination of the delivery of kosher meals to those who want them.

“You know, we really put a lot of thought into how can we preserve what is Jewish about what happens within the walls of Charles Morris, that then we can translate into the walls of other facilities and that our residents could take with them, because we don’t want them to lose that connection to our Jewish community,” said Winn-Horvitz. “That’s very, very important.”

Former Charles Morris residents, she said, “will remain in our hearts, even though they’re not going to be within our walls, potentially. We feel like we have an obligation to bring the Judaism to them, wherever they may be, and expand the opportunity to do that to other individuals as well at other facilities. So we’re really looking forward to rolling this position out over the next few months.”

The decision to close Charles Morris is described as “tentative,” Winn-Horvitz said, because the organization must first comply with the protocols of a highly regulated industry that mandates “a number of processes,” both externally, with the Department of Health, and internally. The JAA is in the midst of complying with those processes.

While the closure is not yet final, JAA leadership is announcing the tentative decision now to provide “notice to our residents and staff and families to prepare them for what could be coming.”

No decision has yet been made as to what the JAA will do with the portion of the building that housed Charles Morris.

“Right now, the focus is on our residents and staff,” said Winn-Horvitz. “Once the process becomes final, at that point in time, we will turn our attention to the repurposing of that space.”

The Jewish Federation of Greater Pittsburgh has been in communication with JAA leadership, said Jeffrey Finkelstein, president and CEO of Federation.

“While this is a difficult decision for the organization to consider, we are confident that the direction they have proposed would allow them to continue to provide quality care for their residents and clients in the best interests of the Jewish community,” Finkelstein said. The JAA’s proposed model — connecting Jewish seniors living in nursing homes around the area — “provides them with a much broader reach” and will “actually expand their services.”

“It’s always sad to give something up that’s been here for a long time,” Finkelstein said, but the JAA is looking to “make lemonade out of lemons.” PJC