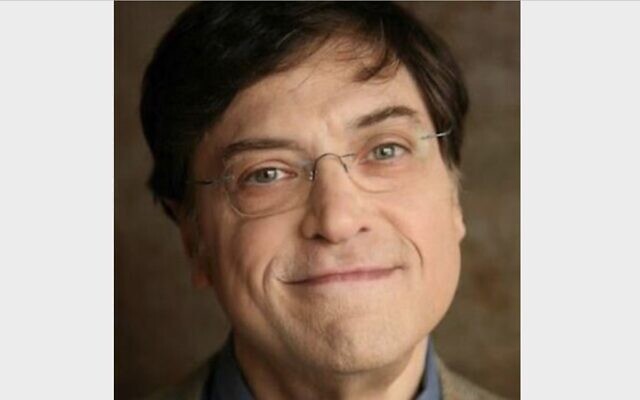 Cathy Fulton remembers Squirrel Hill’s Severn Street in the ‘50s and ‘60s. Book-ended by Wilkins Avenue to the north and Northumberland Street to the south, the residential road was home to a group of rambunctious kids, tightknit friends who would spend all hours of the day exploring the neighborhood.

Among that group was Arthur Greenwald.

“Arthur wasn’t one of the kids on Severn who played kickball,” remembered Fulton, Greenwald’s younger sister. “Arthur was more — even as a kid — not athletic or a joiner. He was going to look at things and reorganize it.”

“He wasn’t that social,” she added, “but he was a force. People listened to him and he was funny.”

Greenwald, the innovative KDKA producer whose work in television touched both American coasts, died April 30 after a battle with kidney disease. He was 68.

Friends and family members recalled Greenwald’s many antics while a student at Linden Elementary School and Taylor Allderdice High School in Squirrel Hill. At the highly traditional Linden, in particular, he enjoyed making quips, often at the expense of his teachers.

“He got paddled a lot — that describes it better than any of my adjectives,” Fulton laughed.

While still in high school, Greenwald developed a rapport and fell under the tutelage of Fred Rogers of Mister Rogers’ Neighborhood — then just a budding Pittsburgh personality — and created booklets for children anticipating medical treatment.

Greenwald attended Yale University, and afterward served numerous terms as the secretary of his graduating class. The aspiring television content-creator was then hired by KDKA, a CBS-affiliate TV station in Pittsburgh, where he worked initially on promotional spots.

Glenn Przyborski worked on many of those 35mm “movie camera” promos for KDKA between 1979 and 1996. One of the great, even legendary spots, he said, was shot after a Pirates game at Three Rivers Stadium and included the longest chorus line then captured on film — as well as some 2,500 extras.

“Arthur was a very driven guy — when a company hired Arthur Greenwald, they hired a full-time force,” Przyborski said. “He always liked to make a point of doing something just because the other stations couldn’t do it. Arthur and I worked together to make the budgets work — they always got a super deal — but it was super visible here in Pittsburgh. So, we both won.”

Brad Crum preceded Greenwald as the creative services director at KDKA in the early 1980s.

Crum, a self-described “advertising guy,” worked on the “Here’s To Pittsburgh” campaign. Greenwald participated by bringing Mr. Rogers into the fray.

“He was very dedicated to presenting the world to kids, as his mentor Fred Rogers did,” Crum said.

Greenwald later became the promotions director, then moved on to an executive producer tenure, producing high quality, big-ratings shows like “Evening Magazine.” Greenwald later worked with Crum when the latter was connected with CBS in California.

“Arthur thought big,” Crum said. “He drove a big car. He lived sort of a big life. And I liked hanging around him. He inspired me. He always tried to outdo himself in everything he did — that was just him.”

Greenwald later directed and produced special events for TV in the Boston area, then relocated to Los Angeles. There, he met Wendy Garen, who, after 12 years together, he married.

“Arthur was a deeply Pittsburgh person, he adored Pittsburgh,” Garen told the Chronicle. ”He buried his dog’s ashes in Homewood Cemetery — and I think I came to see Pittsburgh through his eyes.”

In Garen, Greenwald found someone with a shared love of rescue animals, particularly Dalmatians, who would adorn specially staged holiday cards from the couple. Garen remembers hearing Greenwald talk about a stray dog he saw while driving in the San Fernando Valley.

“He saw this dog was missing a paw, and he went back for, like, 10 days trying to catch him,” Garen recalled.

The dog, a chihuahua/miniature pinscher mix, later was adopted by Greenwald and Garen, had his leg cared for, and was dubbed Little Guy Noir.

“Arthur was brilliant, extremely, extremely funny and irreverent,” Garen said. “He was deeply protective, just like the dogs, but also very soft-hearted.”

He also was a showman through and through. Greenwald “produced” his wedding with Garen, whose theme was “You Can’t Hurry Love” and featured the bride’s friends as “the Wendy Garen Dancers.”

“He thought big,” Garen said. “He was sort of the center of the room.”

When Greenwald was diagnosed with kidney disease and joined the kidney transplant waiting list, he also did it with style, launching a show-stopping website about the diagnosis and his plans: arthurkidney.com.

“He was an amazing man, and we had a really good 15 years,” Garen said.

Greenwald wasn’t an observant Jew but he had a good resume for the part. His parents attended Congregation Beth Shalom and Greenwald studied at both Beth Shalom and the Hebrew Institute. After becoming a bar mitzvah, he studied five days a week through his senior year of high school at the College of Jewish Studies, according to his sister.

Greenwald never had children of his own, but Fulton stressed he was a fantastic uncle. He shared his love of computers with his nephew Ben. His nephew Skyler became a comedy writer and producer, a chip off the block, Fulton said.

And when Fulton’s daughter Lizzie chose to attend Yale University as an undergrad, it seemed like Greenwald wore his “Yale uncle” hat for four straight years, Fulton said.

“Although he didn’t have kids,” she said, “he definitely imparted a lot to all of them, a lot of laughs — and everyone got something from him.” PJC