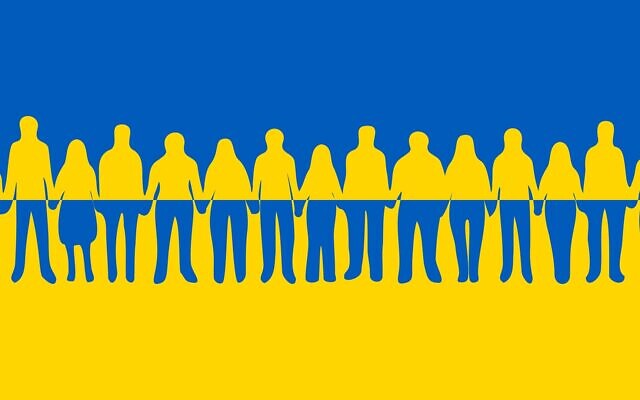 In an “unusual mid-fiscal year disbursement of Community Campaign funds,” the Jewish Federation of Greater Pittsburgh allocated a total of $74,000 to help Jews here and abroad: half to support local agencies that provide emergency cash to people in need, and half to help relieve suffering caused by the Russian invasion of Ukraine, according to a press release.

The new funding to relieve local debt will go to the Jewish Assistance Fund, Hebrew Free Loan, and Jewish Family and Community Services Squirrel Hill Food Pantry/Critical Needs Assistance. Those agencies collaborate through JFunds, which is supported by the Federation.

The Federation’s relief to Ukraine (jewishpgh.org/ukraine-emergency-relief) “will flow through the Jewish Federations of North America (JFNA) as part of JFNA’s $20 million fundraising effort for Ukraine.”

JFNA will send the funds to partners with “ongoing humanitarian operations overseas,” including American Joint Distribution Committee, the Jewish Agency for Israel and World ORT.

Last summer, the Federation set aside $74,000 in the event that emergent needs changed quickly.

“Throughout the COVID crisis, the Federation’s ability to target allocations precisely, according to need, has helped keep the Jewish community strong,” David D. Sufrin, chair of the Federation’s board of directors, said in a prepared statement. “Releasing the funding now sends help to Pittsburgh’s Jewish families and to Ukrainian Jews. Both are currently in situations that few foresaw eight months ago.”

Pittsburgh’s Federation is among the first Federations in the United States to commit relief to Ukraine, according to the press release. PJC