Jimmy and Susie Goldman make it easy to social distance. Whether they’re in the pool or on the road, the octogenarians and competitive athletes are tough to keep pace with. Despite the heatwave, they recently completed a 7-mile bike ride in Oakland, Shadyside and Squirrel Hill.

It was a nice ride, said Jimmy, 83, but due to the heat “I haven't biked outdoors I guess for three or four days.”

Lest one think that rising temperatures are cause to cool down, Jimmy has been using a stationary bike inside his and Susie’s Oakland residence.

“Yesterday, I did 6.8 miles in the 30-minute ride, so that's like averaging over 13 miles an hour and that's pretty good,” he said.

With both a penchant for competition and a prowess for athletics, Jimmy has collected a heap of medals throughout the years. Two years ago, he won his age class in a cycling event at the City of Pittsburgh’s Senior Games; in 2013, Jimmy took gold in the 1650 yard freestyle event at the 2013 National YMCA Masters Swimming Championship; and 10 years earlier, he won four gold medals at the 1993 Maccabiah Games in the 100-, 200-, 400- and 800-meter freestyle events.

Yet, as fast as Jimmy is, the only person he may be trailing is his wife Susie, who at 81 is still able to run, though she wouldn’t necessarily describe it as such.

“The running became harder because I had a hip problem and once that happened I sort of moved to a walk/jog,” said Susie, whose numerous Great Race entries have resulted in multiple top age group finishes.

Unlike her husband, who swam for Taylor Allderdice High School and then for Carnegie Tech, Susie took up competitive athletics later in life. 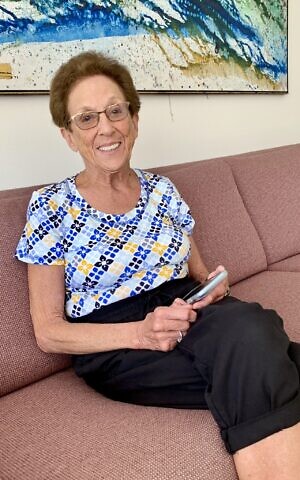 “I started getting active when I gave up smoking, and that was when I was 40,” she said. “Before that, I was never really much into any of that.”

Susie may have been a bit late to the starting line, but like her husband of 62 years, she has competed, and placed, in her fair share of athletic events. At the 1993 Maccabiah Games in Israel, she won gold in the 100-meter breaststroke, silver in the 50-meter breaststroke, silver in the 50- 100- and 400- meter freestyle, and gold in relay events including the 200- meter medley, the 200-meter mixed medley and the 200-meter mixed free. She also took bronze in the triathlon event. Nearly a decade later, in qualifying for the 2005 National Senior Games – The Senior Olympics, Susie placed second in her age group for the triathlon.

Medaling in Israel was particularly memorable. “It was wonderful,” she said, “because I was never athletic. I was usually the last one picked in gym class.”

Because of COVID-19-related event cancellations, athletes worldwide have sought alternative ways to compete. But while Jimmy has been keeping his eye out for smaller local opportunities, Susie isn’t too keen on racing any time soon.

“Now I'm just sort of doing it at my own pace,” she said.

What she’s discovered is that as difficult as it’s been to train with no formal events in sight, motivation has appeared in the most unlikely places.

“There's a family who lives on Tennyson Avenue, and once the quarantine started they had bears and would put them out in different costumes every day. That got me out. I would go walk to Tennyson and see the bears, then take a picture, send it to our grandchildren, and then I'd walk into Schenley Park down by the pond. That was pleasant,” said Susie.

Between getting on her feet for bear sightings, hopping onto a seat to bike with her husband and dipping into the recently reopened pool at the Jewish Community Center in Squirrel Hill, Susie is almost back to her regular routine.

“The only thing I'm missing is lifting weights. I just can't motivate myself to do that alone,” she said.

Jimmy hasn’t yet returned to the JCC, but speaks fondly of the venue and its staff. As an architect and sports facility consultant, Jimmy has spent decades designing and constructing recreation and wellness centers for public and private use, including Pittsburgh’s JCC. 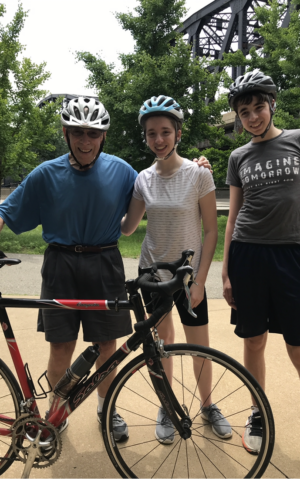 Having worked with high schools, universities, townships and private centers, each client is different, he explained: “Even though they might seem like they'd be the same, I don't have any clients that are identical. They all want to run and swim and bike, lift weights, do all that stuff, but the venues are all totally different.”

Ranging in size and location, some spaces have indoor running tracks, others have climbing walls, diving boards or swimming areas with zero-depth entries.

Jimmy said that his own interest in competitive athletics has aided his career, as he understands what users desire from a facility.

With that in mind, he added, certain venues stick out, such as the competitive swimming pool at Carnegie Mellon University, the Scott Township Pool and Pittsburgh’s JCC, all of which he helped design.

Jimmy’s contributions to the JCC extend beyond pen and paper, explained Sherree Hall, the center’s senior director of facilities and wellness.

Years ago, Jimmy founded the JCC Indoor Triathlon, a one-day event, where depending on age, participants complete a 250-500 yard swim, 2-4 mile bike ride and a 1-2 mile run.

“Jimmy was the driving force behind it,” said Hall. “He has always been a partner, recruiter, participant and award presenter.”

In fact, at last year’s event, he and Susie were award recipients, as each Goldman won their age group.

Jimmy said he looks forward to returning to the JCC soon, and until then will continue cycling and performing at-home workouts, like climbing eight flights of stairs three times a day inside his and Susie’s Oakland apartment building.

For her part, Susie is headed out to the pool. PJC