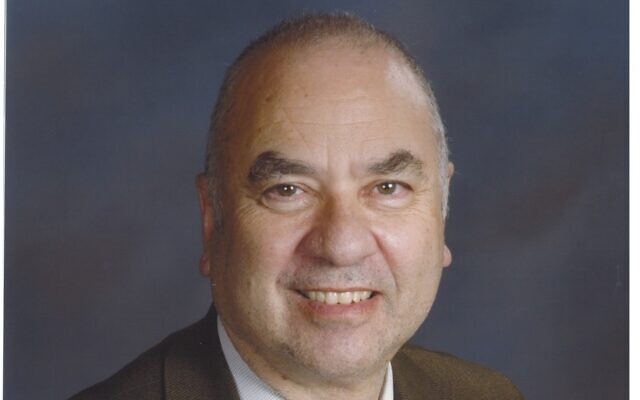 Franklin Toker, a towering University of Pittsburgh professor whose passion for art and architecture illuminated conversations with friends as well as paved the way for a litany of critically acclaimed books, died April 19 following a battle with a rare form of dementia. He passed away 10 days shy of his 77th birthday.

Born in Montreal in 1944 and educated at McGill University, Oberlin College and Harvard University, Toker first made a name for himself in the international art community in the 1960s, when he directed the excavation of an architectural find under the Cathedral of Santa Maria del Fiore in Florence. Critics hailed two published volumes of his “Florence Duomo Project,” though Toker did not live to complete the final two installments. In Florence, Toker also met his future wife, Ellen, then a Middlebury College master’s student.

In 1974, the young couple moved to Pittsburgh, where Toker took a job teaching architectural history at Carnegie Mellon University. A past president of the Society of Architectural Historians, Toker won a Guggenheim Fellowship in 1979. In 1980, he made the leap to the University of Pittsburgh’s history of art and architecture program, where he served until retiring in 2018.

Toker was deeply inspired by Pittsburgh. Long before magazines were calling Pittsburgh “the Paris of Appalachians” or one of America’s “most livable” cities, Toker published volumes on its architecture and built environments. He wrote “Fallingwater Rising: Frank Lloyd Wright, E. J. Kaufmann, and America’s Most Extraordinary House,” a vivid book about Wright’s Fallingwater in Southwestern Pennsylvania, which The New York Times named one of the notable releases of 2003.

“I think the thing that characterized Frank for me was that he found a very strong following among the students,” said Barbara McCloskey, a peer of Toker’s, who began teaching at the University of Pittsburgh in 1990. “He had the capacity to fill a large auditorium in a moment’s notice. That was the result of his ability to radiate warmth and excitement about his work.”

Toker maintained an admirable 4.0 rating this week on the website RateMyProfessors.com.

Rabbi Stephen Steindel said Toker’s warmth and excitement extended far beyond his dissertations. Steindel lived a block away from the Tokers for decades, and the families’ children often played together.

“He was cordial and warm and welcoming and he actually put people at ease,” said Steindel, rabbi emeritus at Congregation Beth Shalom. “Anything worthwhile you were interested in, if you asked for his help, he was game.”

Steindel led a graveside service for Toker at Beth Shalom’s cemetery last week. Cantor Gideon Zelermyer of Shaar Hashomayim, the Montreal congregation where Toker celebrated his bar mitzvah some six decades ago, offered a recorded cantorial prayer for the service.

Toker’s family regularly attends services at Young People’s Synagogue in Squirrel Hill. Toker had served as a president of the synagogue, which is lay-led.

While at Young Peoples, the Tokers’ love of Israel and their ardent sense of Zionism blossomed, Ellen Toker said. Toker often ran the Israel Bond appeal during High Holiday services and he visited the Jewish state several times.

Ultimately, though, Toker was a product of the city he called home for more than 45 years. His book, “Pittsburgh: An Urban Portrait,” won an Award of Merit in 1986 from the Pittsburgh History & Landmarks Foundation.

“He was such a fan of Pittsburgh in every way,” Ellen Toker said.

Pittsburgh, in turn, was a fan of Toker. In 2018, Pittsburgh Mayor Bill Peduto honored him with a proclamation declaring a day in his honor.

“Pittsburgh: An Urban Portrait” celebrated the city and gave a sense of Pittsburgh outside of the city, McCloskey said. “His work had broad, broad impact.”

Drew Armstrong knows the book well. The Toronto-born, Friendship-based professor of art and architecture has perused and dog-eared Toker’s book regularly during the COVID-19 pandemic while exploring the city’s neighborhoods.

Armstrong, who’s been teaching at Pitt since 2005, first met Toker when Armstrong was interviewing for the professorial position at the school.

“[Toker] taught the bulk of the architecture courses when he was here — he was a workhorse,” Armstrong said. “And he is so closely identified with Pittsburgh and the built environment, it’s extraordinary. That’s pretty unusual in my experience, that a college professor comes to be that associated with the city where he lives.”

Katheryn Linduff also worked alongside Toker — though for much longer. She estimates she logged almost 40 years at the University of Pittsburgh alongside her trusted colleague. Linduff last week fondly remembered the quiet mornings with Toker at the Frick Fine Arts Building, where the two colleagues would talk about their various projects.

“Franklin Toker of the red suspenders, the red academic regalia, the red fedora, the bicycle, the city tours, the incomparable lecture style, is remembered by his academic colleagues, his students, his community partners, his friends, his synagogue with uncommon affection,” Linduff wrote in a letter delivered to Ellen Toker. “A native of Montreal, he was as true a Pittsburgher as one could ever be — a Pittsburgh landmark, a walking historic plaque, as well as a towering world-class scholar at the University of Pittsburgh.

“Frank could explain and excite everyone about the moment of digging the crypt beneath the Cathedral in Florence, about the back story around Fallingwater and the ethnic base of Pittsburgh’s neighborhoods and buildings, about the significance of human discovery!” Linduff continued. “What was his secret? He was a gifted, dedicated and unrelenting public intellectual who focused his energies on reaching as many people as possible and to imparting the delight of discovery of the nuances of human conduct deep in the past or present.”

Toker’s “clear and deep devotion” to his wife, Ellen, and to his family also left an imprint on his colleagues, said McCloskey, who worked alongside the prolific professor.

“If you knew anything about Frank, that is what you knew,” she said.

Steindel said Toker’s loss will be felt widely in Pittsburgh — and not just in the city’s Jewish community.

“The talent and the amazing brain, the language, insights, sensitivity, his ability to translate it all into lectures and comments — he was a voice of Pittsburgh, as he was a voice of the excavation of the Duomo, as he was the voice of a tour guide in Montreal,” Steindel said. “He was just an amazing, amazing guy. He was sweet and giving, as well as principled and brilliant.”

In 1970, Toker’s “The Church of Notre-Dame in Montréal” won the Alice David Hitchcock Award from the Society of Architectural Historians. He also received the Porter Prize of the College Art Association for his work in “The Art Bulletin.”

“From the Church of Notre Dame in his native Montreal to his ‘Duomo’ excavations next to the Basilica in Florence and everything in between, Frank Toker was a local celebrity and an international superstar in our midst,” Steindel said at Toker’s graveside last week.

“For all who ever heard his distinct voice at the podium with his slides on screen behind him, for all his colleagues who cherished and celebrated their association with him, for friends from so many walks of life, for all who knew him in Montreal, Florence, Western Pennsylvania and around the globe, there will never be a Franklin Toker again.” PJC