America has had a long love affair with fireworks. On July 3, 1776, John Adams imagined that future celebrations commemorating the signing of the Declaration of Independence “ought to be solemnized with Pomp and Parade… and Illuminations.”

The Fourth of July has since held an idyllic, patriotic place in the hearts of many Americans as they gather together to marvel at pyrotechnics.

Though many public displays are cancelled this year – including the City of Pittsburgh’s – consumer fireworks are booming in backyards across the country. And behind many of the DIY fireworks shows is Bruce Zoldan of Youngstown, Ohio, president and CEO of fireworks giant Phantom Fireworks.

For Zoldan, 71, the initial spark came at age 15. His father bought some fireworks at a gas station in Pennsylvania and brought them back to Youngstown before consumer fireworks were sold legally there. Zoldan showed them to his friends and, amazed, his friends bought them.

The next year, Zoldan upped his game: He bought $1,000 worth of fireworks and sold them for twice the price.

Now, Zoldan’s Phantom Fireworks is the largest brick-and-mortar consumer fireworks retailer in the country with over 75 permanent showrooms including one in Monroeville, Pennsylvania. 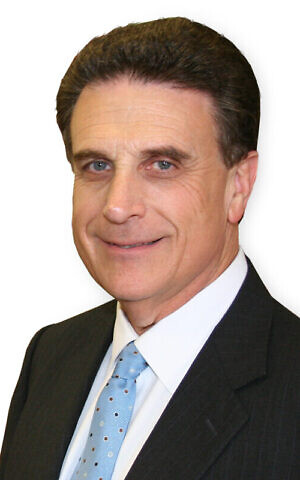 Zoldan, who was raised in a Conservative Jewish household and continues to attend synagogue, said that consumer fireworks were legal in just 12 states when he started. Now, 49 states — all but Massachusetts — allow some form of consumer fireworks, a feat Zoldan attributes in part to Phantom Fireworks’ efforts. “We were instrumental in bringing those laws to fruition,” he said.

Phantom Fireworks also has been at the forefront of fireworks safety efforts as one of the two founding members of the American Fireworks Standards Laboratory, which works to increase the quality and safety of products.

“The survival of our industry is making fireworks safer,” said Zoldan.
Complaints about fireworks skyrocketed this year: They increased 389% in Pittsburgh from June 1 to 21 compared with the same period last year. As a response, Pittsburgh created a Fireworks Task Force composed of police and fire investigators.

Zoldan doesn’t condone the daily backyard displays that started in May. “We can’t control foolishness,” he said. “But we certainly can tell people that to keep fireworks legal, to keep them able to be purchased by consumers, use responsibility, think about your neighbors, think about your pets and do them around the Fourth of July.”

The biggest complaints Zoldan gets, he said, are actually from wives frustrated with their husbands’ pricey purchases. Accordingly, Phantom Fireworks named its most expensive item — a $1,499.99 assortment — “grounds for divorce.”

Zoldan ascribes the backyard fireworks boom — and resultant complaints — to frustration after months cooped up in home isolation and cancellation of public fireworks displays due to COVID-19.

The City of Pittsburgh not only cancelled its annual fireworks show, but also has prohibited drinking at bars and big gatherings at the Point and North Shore this Fourth of July, according to the city’s website.

Earlier this year, though, Zoldan wondered if there would even be fireworks available for Independence Day. When the coronavirus crisis escalated in China — the world’s biggest manufacturer and exporter of fireworks — companies closed and halted production. But as China gradually returned to business, Phantom Fireworks again received its inventory.

Now, consumer fireworks are, quite literally, a hot commodity: Sales are double that of previous years. Zoldan considers the “unprecedented” boom among the likes of hand sanitizer and toilet paper, “and hopefully a little more exciting than toilet paper.”

Phantom, which solely sells consumer fireworks, is a family business: Zoldan’s two sons, brother and cousin are among the 500-600 employees, a number that swells to 3,500 during peak fireworks seasons.

While his kids might think it’s time for him to go to Florida and relax, Zoldan said, he plans to stay at the helm of his company for a while. “This is a business that I started,” he said. “I enjoy passing this onto the next generation and helping them transition.”

The fireworks doyen has picturesque visions of the Fourth.

“You’re sitting back, a responsible adult is igniting the items… and the children [are] watching and the friends and family are watching, and it’s a wonderful celebration of America’s birthday,” he said. “You’re painting the sky with our fireworks.”

As for Zoldan’s own celebrations?

“I pretty much either go to a family’s home or a friend’s home after about 9:00 at night on the Fourth,” he said. “I might have a cocktail, and somebody might talk me into smoking a cigar. And I sit back and watch all the neighborhoods around us lighting up.

“I’m proud that that’s something that I have a part of, that so many people are having a great time on the Fourth of July, and I’m helping to be a part of [it].” PJC