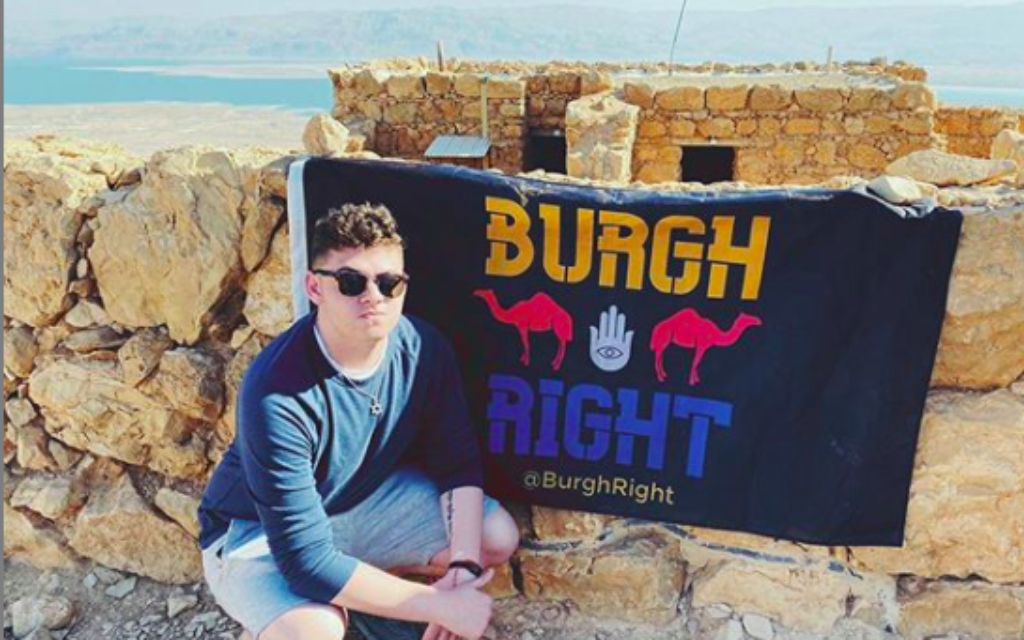 Amid a rise in anti-Semitism in the United States, some institutions of higher learning also have become breeding grounds for the age-old hatred. But instead of the explicit Jewish quotas, ghetto benches and employment discrimination of the past, the new anti-Semitism occupying the lecture halls and student unions comes wrapped in the guise of anti-Israel and anti-Zionist politics.

The good news is many Jewish students are finally paying attention to what is happening on college campuses across the country and taking action.

I am one of those students. As a campus fellow for the Committee for Accuracy in Middle East Reporting and Analysis, I am responsible for surveilling reported instances of anti-Semitic and anti-Israel activity seen across universities across the county.

The AMCHA Initiative, which documents anti-Semitism on campus, reported that in 2019 there was a 70% spike in Israel-related anti-Semitic activity on college campuses nationwide. While Pittsburgh campuses largely have been spared from significant anti-Israel activity recently, it is still important to understand why such a phenomenon exists to better prepare for when it does happen here.

Anti-Semitism is shapeshifting in nature, conveniently adaptive to the given political and cultural landscape. In earlier times, when racism prevailed as the social norm, the anti-Semite was the self-admitted racist. Now, anti-Semites, in their defamation of the Jewish state as the culmination of white colonialism, allege the Jew is the racist. Just as it was necessary for Nazi Germany and the Soviet Union to depict Jews as their society’s perceived evil — in being communists or capitalists, respectively — college students and faculty will sometimes paint Israel and Zionism as the embodiment of contemporary society’s chief evil: racism.

Much misinformation about the Israeli-Palestinian conflict on college campuses comes from cunning bigotry. When the University of Pittsburgh’s Students for Justice in Palestine demonstrate at the corner of Schenley Plaza holding a sign that reads “From the River to the Sea, Palestine Will Be Free,” that’s not a mere political difference, that’s an endorsement of genocide. When a professor from Point Park University claims that an organized effort on the behalf of an anti-Zionist faculty to have her removed for being pro-Israel, that’s not Palestinian activism, that’s Jew-hatred. When “Free Palestine” is spray painted in huge letters on the side of a house in South Oakland, one must ask what that might mean for the majority of the world’s Jews who call that land home.

We must find the courage to combat the gross libels spouted by anti-Zionists, but there is a conflict for many American Jews who align ideologically on most other progressive issues with a political left increasingly hostile toward the idea of Jewish self-determination. While Jews’ propensity for fighting injustice is admirable, we often don’t recognize the dangers we face ourselves.

Rather than confront the anti-Israel bigotry present within the Black Lives Matter organization, for example, a headline for a recent article published in the Jewish Journal of Los Angeles read: “Tomorrow we can talk about Israel.”

To that I ask: Since when in Jewish history — let alone Israeli history — has tomorrow ever been a guarantee?

It’s futile to try to reconcile with people who don’t accept you as you are — a Jew who believes in the right to live as “free men on our own soil, and die peacefully in our own homes,” as Theodor Herzl said. Opposition to Herzl’s notion is anti-Semitic, not political.

There is no need to compensate for being a Zionist by castigating Netanyahu to appear more progressive, or to insist on your belief in the possibility of a two-state solution. Those who are anti-Zionist opposed Israel in its embrace of socialism under David Ben Gurion and they opposed Israel when Menachem Begin shifted the nation rightward. It makes no difference — that it’s Jewish is what matters. PJC

Aidan Segal is a fourth-year student at the University of Pittsburgh.