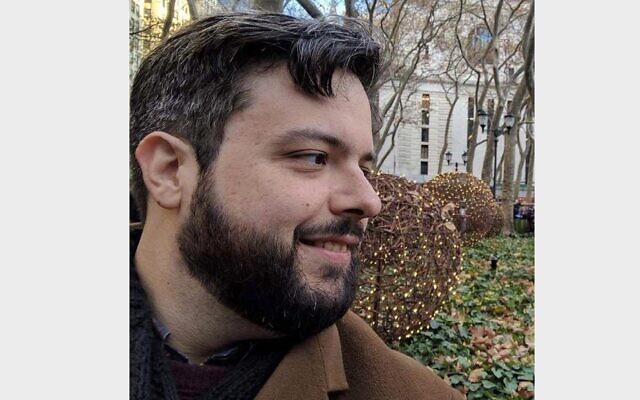 Even a pandemic couldn’t slow down Edward Simon.

While the world was quarantined during the COVID-19 crisis, the Washington, D.C.-area historian and author — who was born and bred in Pittsburgh, and graduated from Taylor Allderdice High School — penned a new book, and it’s a sparkling new take on everyone’s favorite Rust Belt metropolis. The book is titled “An Alternative History of Pittsburgh,” and it comes via Belt Publishing, a company Simon called “the New Yorker of the Rust Belt” that aims to challenge preconceived notions about America’s post-industrial hubs.

“The idea behind it was that it was going to be an alternative history in terms of the structure of the book,” Simon told the Chronicle. “What’s a little bit different, I hope, is that each story is written around these little vignettes — ‘flash non-fiction’ is what someone called it.”

In the book, Simon revisits some familiar Pittsburgh characters — Andy Warhol and Billy Strayhorn, for instance — but also more obscure topics like the attempted assassination of Henry Frick and The Mystery, Pittsburgh’s radical, Black nationalist newspaper. And, yes, there’s a chapter on the Whiskey Rebellion.

“The Alternative History of Pittsburgh” also delves into Jewish life in Southwestern Pennsylvania. Simon is not Jewish — though he did serve as the Hillel chapter president while attending Washington and Jefferson College, and interned in 2005 at the Chronicle. But he said he was thrilled to look at the way many Jews, like the department store magnate Edgar Kaufmann, played a role in Pittsburgh’s growth, as well as important historical milestones like the Pittsburgh Renaissance.

There also is a vignette in the book on the Pittsburgh Platform, a 19th-century document that emerged from a gathering here of progressive rabbis, which greatly influenced the Reform Judaism movement in the United States.

“People who signed onto the Pittsburgh Platform didn’t know is was as liberal or radical as it ended up being,” Simon said. “Judaism is sort of this religion of debate, not consensus … and I think the Platform speaks to that.”

“An Alternative History,” Simon said, also looks at the lives of German Jews living on Pittsburgh’s North Side — then still Allegheny City — in the 19th century, and how Jewish life migrated to the Hill District, the East End and Squirrel Hill as more Russian and Eastern European Jews entered the region.

“I’m interested in charting that history,” he said. “It’s a celebration of the Jewish diversity of a place like Squirrel Hill.”

The book is receiving attention from the national media. Newsweek magazine hailed its structure as working “in a way that’s entirely new, by the hand of someone who is deeply familiar,” in an article on the best books to read this spring. Belt Publishing released the book in April.

“Simon shines a light on things often forgotten, and uncovers untold stories in the process,” reviewer Juliana Rose Pignataro wrote in the magazine.

Simon is no stranger to the big presses and publications of the United States. A staff writer for The Millions — an online magazine covering books, arts and culture — and a contributing editor for the History News Network, his essays have appeared in The Atlantic, The Washington Post, McSweeney’s and The New York Times, among many others.

Though he currently lives in northern Virginia, Simon said he associates deeply with the Steel City.

“For me,” he said, “there are few places I’ve found myself feeling as complete as when I’m up-street on Forbes and Murray.” PJC