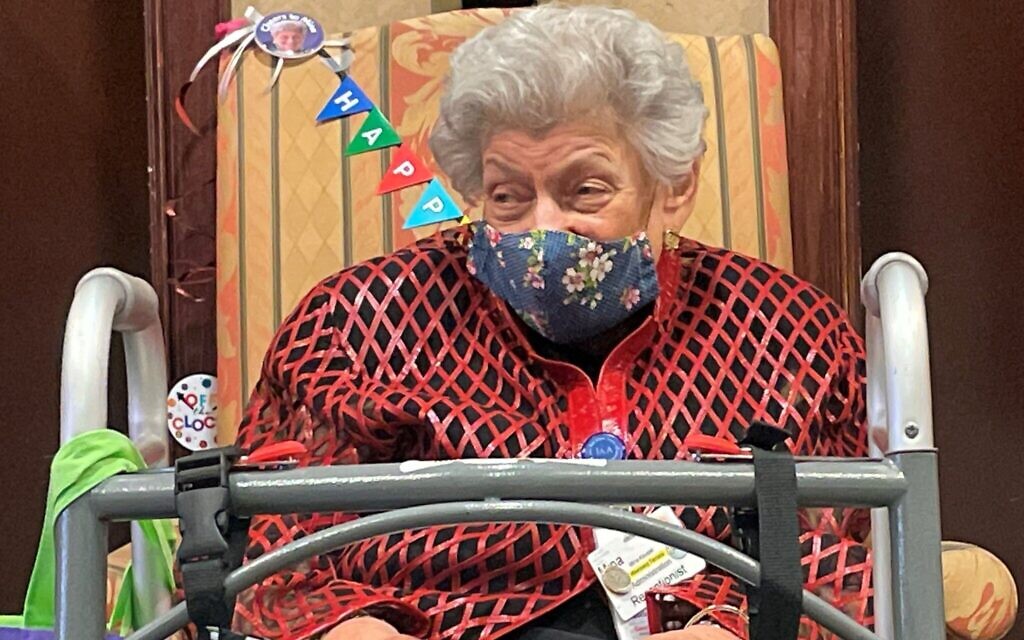 A founding member of the Weinberg Terrace staff has retired.

After 24 years of service, front desk receptionist Mina Kavaler retired on Dec. 31, capping a second career that made her a central fixture of the senior citizen living facility she helped open.

“They say I’m a legend,” Kavaler laughed, in a recent interview with the Chronicle. “And I don’t know what else they call me!”

A native Pittsburgher raised in Oakland, Kavaler taught in Pittsburgh Public Schools for some 30 years —first, among third-graders and, then, for a federally funded program for sixth- through eighth-graders. Later a Squirrel Hill resident, Kavaler retired from teaching at 65, shortly before her husband’s unexpected death. Vigdor Kavaler, who served as Rodef Shalom Congregation’s executive director for many years, was survived by his wife and the couple’s adult twin children.

“‘The “angel of death” is going to visit each one of us — and when he comes for me, I will be ready because I have seen more, done more and accomplished more than I ever dreamed possible,’ Vig would say,” Kavaler recalled. “I used to say, ‘Yes, that’s true.’ I never would’ve imagined what we accomplished. ‘I want more!’ That’s what I’d say to him. And God’s been good to me.”

Kavaler has been highly active in Pittsburgh’s Jewish community throughout her life, serving organizations from Rodef Shalom to the National Council of Jewish Women to the Jewish Federation of Greater Pittsburgh. She also served the Ladies Hospital Aid Society, the Jewish Community Center of Pittsburgh, the NAACP and Israel Bonds, among others.

Now that she has some time to herself, Kavaler plans to relocate to The Tradition, a senior living facility in Texas; her son and daughter-in-law live nearby.

“It is wonderful care — and I certainly know about wonderful care from 24 years at Weinberg Terrace,” Kavaler said. “At 93, it’s time I find a little bit of what God is gonna give me.” 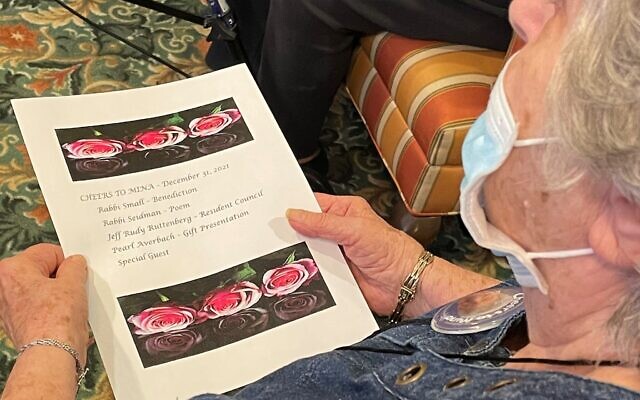 Event program (Photo courtesy of the Jewish Association on Aging)
Pearl Averbach started working at Weinberg Terrace late in Kavaler’s tenure; her first day was in April 2021. But she says it didn’t take much time to get to know Kavaler’s place.

“My impression then and my impression right now is of her extreme dedication and service to this community [and] it is unmatched,” Averbach, the facility’s executive director, said. “She was a mainstay here — people would say they built the facility around the front desk. She was well-known and well-loved.”

One resident who knows and loves Kavaler is Jeff Ruttenberg. The Providence, Rhode Island, native has lived at Weinberg Terrace for about four years.

“Mina was very dedicated to her job,” he said. “She was the one to answer the questions. She was family. She was a part of this place — she’s an institution.”

This being Pittsburgh, though, even a New Englander couldn’t help invoking the Pittsburgh Steelers.

“It’s almost like Ben Roethlisberger, as a quarterback for the Steelers,” Ruttenberg said. “That’s how you think of Mina — she WAS Weinberg Terrace.”

Kavaler welcomed the praise — a recent retirement party complete with stories and testimonials was a career highlight — but said she is focused, too, on bigger things.

“I always had the feeling God put us on this Earth for a particular reason,” Kavaler said. “I believe he wants you to prove you can do things for another person.

“He wants you to be giving.” PJC