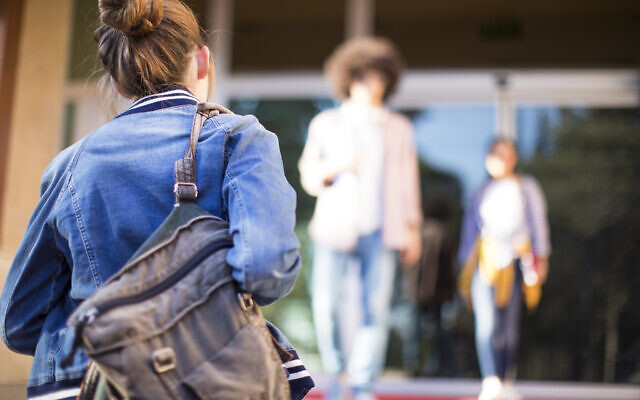 Student walks to school. Photo by seb_ra via iStock

After more than a year of pandemic-related interruptions, Pittsburgh Public Schools is considering welcoming students back to class on Sept. 8 — the second day of Rosh Hashanah.

The new start date represents the first time students and staff will return to in-person instruction five days a week since March 2020.

Although school for pre-K-12 students was originally set to begin Aug. 25, the decision to potentially push the start date to Sept. 8 is to “lessen the strain of wearing masks during the hot days of summer,” according to PPS representatives.

“We are also listening to the concerns raised by our staff related to the impact traditionally high temperatures in August have on our facilities now coupled with the use of masks,” said Superintendent Anthony Hamlet in a prepared statement. “It is our hope this challenge would be lessened in September, allowing everyone a positive start in the new school year.”

Although the proposed start date may alleviate some concerns, its conflict with the High Holiday poses a problem for many Jewish families. In years past, PPS has not held classes on the first day of Rosh Hashanah but has been open on the second day.

Several community members told the Chronicle their children would be missing the first day of school because of Rosh Hashanah, including Greg Engel, whose son, Gabe, is a student at Pittsburgh Allderdice High School.

Engel said he doesn’t understand why school can’t begin on Sept. 9, or why PPS didn’t discuss other options with parents.

Sara Stock Mayo, a Squirrel Hill resident and co-leader of Kesher Pittsburgh, said that although her children usually attend school on the second day of Rosh Hashanah, PPS’ proposed start date feels “a bit tone deaf.” Even if the possible conflict doesn’t affect her personally, she said, it still affects the community.

As of Aug. 12, Laura Cherner, director of Jewish Federation of Greater Pittsburgh’s Community Relations Council, has begun speaking with PPS administrators about the potential start date and its conflict with the holiday.

There is a concern from some members of the Jewish community that — after such a long time away from regular in-person instruction — PPS’ decision to begin on the second day of Rosh Hashanah may pose problems for children, according to Cherner.

The Federation and the CRC are committed to working with PPS representatives as it tries to “balance the complicated process of scheduling,” she said.

There’s “an excellent relationship” shared between the Federation’s Community Relations Council and PPS, said Adam Hertzman, Federation’s director of marketing, adding that the CRC has been able to successfully partner with PPS on various issues over the years.

Although the proposed schedule change was announced on Aug. 8, the decision has not been finalized. PPS board members are set to vote on an adjusted school calendar on Aug. 18 at a special legislative meeting. If adopted, the current school year will end on June 22 for students, and June 24 for teachers.

PPS representatives did not respond to the Chronicle’s request for comment regarding the potential start date. PJC