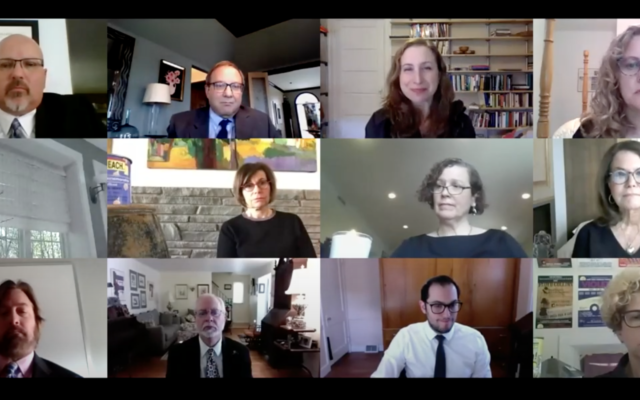 “We didn’t have the word genocide until the Holocaust,” said Bairnsfather, director of the Holocaust Center of Pittsburgh.

The Holocaust Center’s annual Yom HaShoah program honoring the six million Jews killed during the Holocaust takes place April 8. It will be the first in a series of events hosted by the Center that pays tribute to Genocide Awareness Month.

The Yom HaShoah event will he held virtually and will include school children participating by interviewing survivors and survivors’ children and grandchildren, Bairnsfather said.

The program moved to a virtual format for the first time last year, and the Center changed its timing from evening to a lunchtime program. 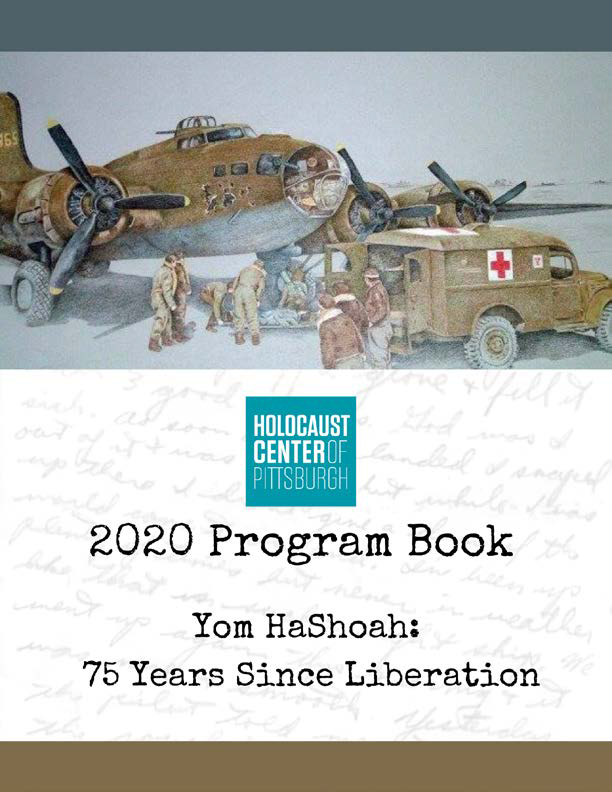 “People loved that,” Bairnsfather said. “We had 800 people watching in real time.”

By keeping the daytime format this year, many area schools — not just those with students participating in the event — can watch the commemoration.

The program will include a tribute to the late Cantor Moshe Taube, a Holocaust survivor who was a longtime participant in the Center’s Yom HaShoah event and who died last November. One of Taube’s students will chant two prayers that Taube frequently led.

Both Rabbi Jeffrey Myers of the Tree of Life Congregation in Squirrel Hill and Rabbi Aaron Meyer of Temple Emanuel of the South Hills will participate in the event, along with several community members and the families of survivors who will light candles and speak.

As part of the program, the Holocaust Center, which celebrates its 40th anniversary this year, will display photographs and mementos of the many Yom HaShoah commemorations the Center has held over its history.

The Center began partnering last year with Together We Remember, a national nonprofit dedicated to preserving the memory of those killed in genocides. The collaboration helped the Center commemorate Genocide Awareness Month and become part of a larger network.

“We’ve created a coalition, which is really global,” Bairnsfather said. “It’s Holocaust museums and centers. It gives us the opportunity to program in partnership with organizations around the world. It became really important last year when everything went virtual and allowed us to do things which would have been cost prohibitive, like partnering with organizations in Africa and Europe and across the United States.”

As part of its recognition of Genocide Awareness Month, the Holocaust Center is teaming with Prime Stage Theatre to present an original production of “Miracle in Rwanda.” The play is based on the life of New York Times bestselling author Immaculée Ilibagiza. It stars Rwandan actor, singer, poet and social justice activist Malaika Uwamahoro and is directed by Steve Wilson. The performance can be viewed live online on Saturday, April 10, and the recorded performance will be available to view April 16-26.

The production will include a Prime Stage education program, The Global Classroom, which will connect local students with students in Africa through a partnership with The Johannesburg Holocaust & Genocide Centre.

The Holocaust Center has a history of collaborating with Prime Stage for training events, and worked with the theater as consultants for a 2018 production of “The Diary of Anne Frank,” Bairnsfather said. When Prime Stage leaders reached out to the Center to create a production for Yom HaShoah, Bairnsfather suggested doing something for Genocide Awareness Month instead.

The Holocaust Center also will participate in the POLIN Museum of Warsaw’s Daffodil Campaign throughout the month of April. The campaign raises awareness of the Warsaw Ghetto Uprising, which began on April 19, 1943. Participants create and wear paper daffodils as a sign of solidarity, resistance and memory. Photos of the daffodils can be shared on social media using various tags including #WarsawGhettoUprising, #POLINMuseum, #DaffoldilCampaignPGH and #HCofPGH.

Those interested in making and wearing daffodils can find a flower pattern, instructions and a video at polin.pl/en/Warsawghettouprising.

Genocide Awareness Month is a natural extension of the Holocaust Center’s mission, according to Bairnsfather.