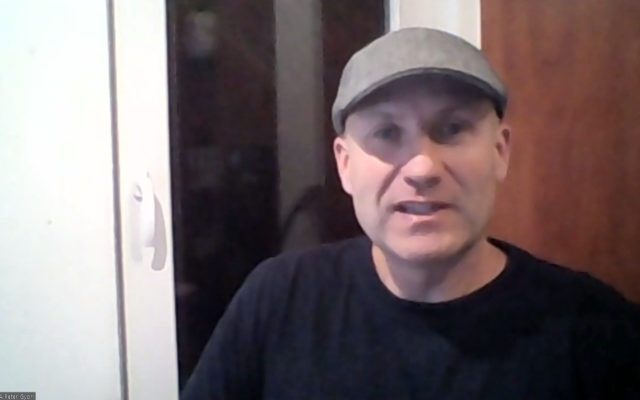 Peter Gyori’s grandparents were Holocaust survivors yet he knew nothing of his Jewish identity. As Gyori aged, however, his awareness dramatically changed. Gyori serves as vice president of the Federation of Czech Jewish Communities, and often employs music to build understanding between Eastern Europeans of diverse faiths.

Considering his upbringing, the work is surprising, Gyori said during a Sept. 30 Classrooms Without Borders event held in collaboration with the Embassy of the Czech Republic.

Growing up in communist Eastern Europe, Gyori knew he was Jewish but was largely unaware of its deeper facets. That changed in 1989 when he received a scholarship to study in Israel. Gyori’s knowledge of Judaism grew, but the irony of his education, he explained, was that much of it came by way of Russian friends — an oddity given regional animosities. In August 1968, the Soviet Union invaded and attacked Czechoslovakia.

In Israel, historical wrongs seemed to fade. While gathering at the Dead Sea or other Israeli haunts, Gyori and his newfound friends conversed in Russian about literature and art. They practiced Hebrew and strengthened their interpersonal bonds.

“It was the first time in my life I learned the value of friendship, even with someone who I thought was my enemy before,” he said.

Gyori became proficient in Hebrew and began teaching it to fellow Russian speakers. He said his Jewish journey continued —thanks to a piano. One night, after playing in a hotel’s taproom, the patrons were enamored by his skill and started throwing money in a nearby cup. The manager recognized Gyori’s ability and quickly offered him a job.

The arrangement, explained Gyori, was that Gyori would play piano in the evenings, but his mornings would be spent cleaning the hotel’s toilets.

Gyori agreed to the position. Several days later, Rabbi Mordecai Finley, a Californian spiritual guide and professor of Jewish thought, passed through the hotel. He listened to Gyori’s playing before inquiring about the tone.

Why, asked Finley, was Gyori playing the piano with such sadness?

Gyori said he’d come from Czechoslovakia, “with certain dreams of oleh chadash” but was now a toilet cleaner without any idea of what his future would bring.

Gyori followed Finley to Jerusalem and met up with Finley’s friends, who were also musicians. The group started jamming. As the hours stretched on, they worked their way through Led Zeppelin and The Doors before Gyori was forced to stop when a certain sound left him stumped.

The songs, Gyori said, were those from Jewish summer camps.

When morning came, the group disbanded, but the other players didn’t forget about Gyori. In time, they helped him get a scholarship to Hebrew Union College. His arrival in the United States was eye-opening. Apart from discovering all-you-can-eat restaurants, Gyori learned about Jewish peoplehood.

Prior to reaching the States, it was difficult to find a place: As a child in eastern Slovakia, being Jewish often resulted in fistfights with other kids. And in Israel, Gyori was a blond-haired blue-eyed Eastern European who wasn’t accepted as Israeli. The U.S., however, was somewhere people could feel Jewish without having to “discuss their Jewishness,” he said. 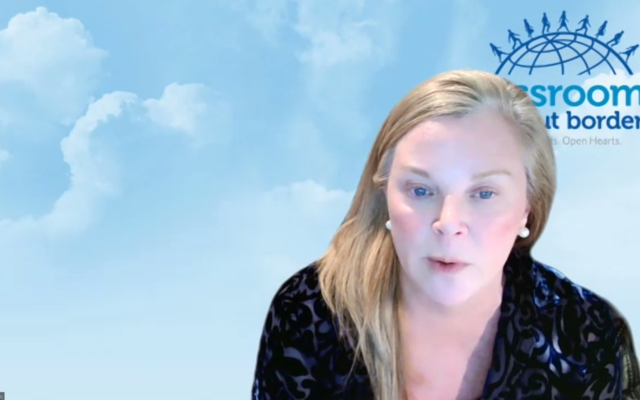 Gyori’s understanding of Judaism and his role within the faith was evolving. He said he was thoroughly enjoying his American stay, but when his scholarship funders said it was time to aid Eastern European Jewry he obliged. Upon returning home, Gyori became a Jewish professional in Prague and helped revitalize a synagogue there. He worked alongside other religious leaders and used music as a means of creating interfaith partnerships. He organized concerts that blended artistic styles and welcomed ambassadors from across the Middle East.

The pandemic disrupted Gyori’s in-person gatherings, but throughout the last year, as part of his Light of Understanding project, Gyori digitally met with Jewish communities worldwide, explaining the importance of unification and how his time in Israel and the states helped forge his Jewish identity.

As he mentioned to the 100-plus participants of the Classrooms Without Borders program, it would have been comfortable to remain in California or elsewhere in the states, “but I would have been maybe one of many.” By returning to Eastern Europe, “I became a big fish in a little pond.”

There are 3,900 Jews living in the Czech Republic, according to the London-based Institute for Jewish Policy Research.

Ellen Resnick, Classrooms Without Borders’ educational outreach and programs manager, praised Gyori’s fascinating life and communal involvement. She described his “diplomacy through art” as a valuable takeaway of the Sept. 30 program.