In April 1975, when Loung Ung was 5 years-old, the Khmer Rouge took control of Cambodia. After fleeing their Phnom Penh-based home, Ung and her family spent the next four years separated from one another while concealing their identities. Ung, who was in a work camp for orphans, was trained as a child soldier. Her siblings were sent to labor camps. Of the nine members of Ung’s family, only five survived.

Across Cambodia, similar atrocities transpired as more than a million residents were murdered and buried in what became known as “the Killing Fields.”

Ung, 51, is slated to speak to Pittsburghers on Aug. 29 at a virtual program supported by Classrooms Without Borders, The Ghetto Fighters’ House and South Africa Holocaust & Genocide Foundation.

Ung, who lives in Cleveland, said her story serves as a “vehicle to tell the larger issues of war and peace, and connections and work.” It’s critical, she said, that people understand that “war is hell.”

And for that reason, the activist and best-selling author purposely crafted emotionally challenging passages to describe those days in her writings.

“I was not going to do it in a way where it was going to be easy for the readers because it’s life-changing, it is heart-scarring,” she said. 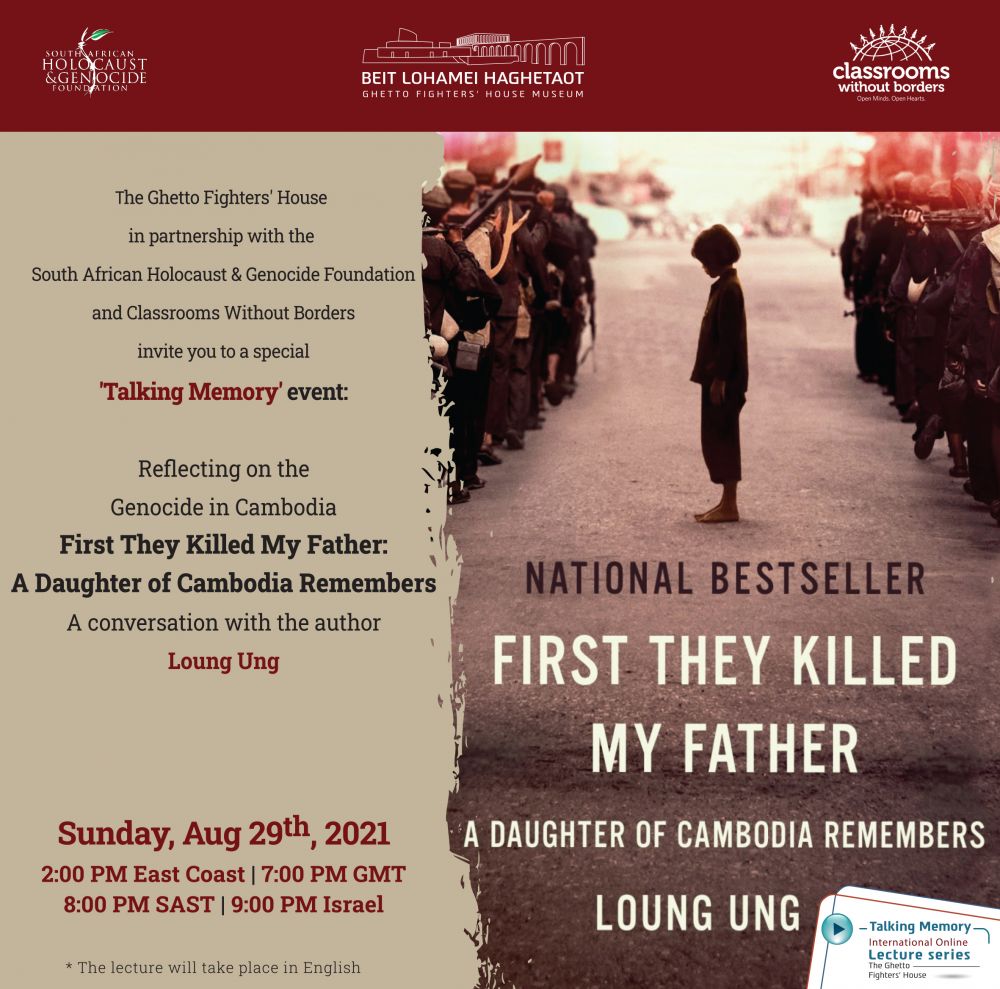 Having written three memoirs, Ung likens stories to umbilical cords, whose purpose is not only to support and nourish life, but to “connect us to one another.”

She has been writing and working in film for 20 years, and her work has introduced her to audiences around the world. Wherever she goes, she said, her underlying message is the same.

Whether it’s better understanding childhood traumas, what happened in Cambodia or remembering lost love, she said, writing provides her a chance for introspection in a way that speaking does not.

“My writing is something that is very cathartic and very therapeutic for me,” she said.

In the process of accessing and transcribing her memories, Ung faced an ironic realization: In the midst of horror, there can also lie hope.

“There can be love and family and sacrifice and courage,” she said. “There is a kind of beauty, and joy and love that keeps you moving through and out of your hell, and so I wanted to (also) write a story of hope and humanity and what it is that moves us human beings out of our hell.” 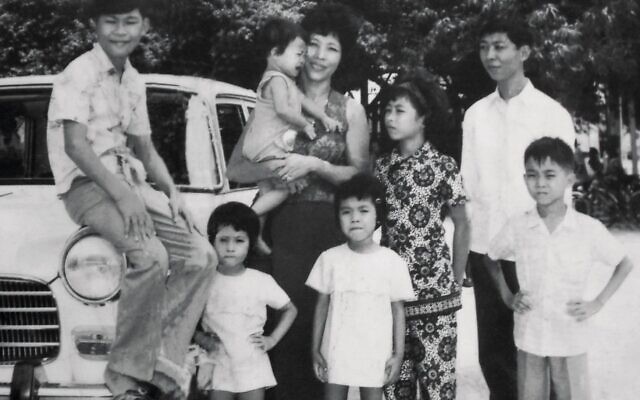 During her upcoming Pittsburgh talk, Ung plans to share more about her childhood experiences and the aftermath of war. While neither topic is unfamiliar, she said, both remain difficult to address.

Prior to her speeches, Ung, decides which biographical aspects to address, carefully writes out her comments and steels herself for an emotional ride. She said that years ago, when she began sharing her experiences and those of fellow Cambodians, the process was much more arduous. Ung was critical of how she appeared on stage, how she sounded, whether her accent was noticeable. And when she cried, which was — and is — inevitable, she said, she wondered whether she was being authentic and if her parents would be proud.

“When I made a mistake, I was really tough on myself,” she said. “I was very tough on everything.”

As time has passed, Ung has become more forgiving of herself as a speaker and as an activist.

She knows that when addressing an audience, and conveying the details of war and its aftermath, it’s harder to control a narrative than it is to write a book. And that’s all right, she said, saying that she is “more forgiving of myself now when I do this, which is so much healthier for me.”

Alongside Hollywood A-lister Angelia Jolie, Ung co-wrote the screenplay for “First They Killed My Father.” Jolie directed the 2017 film, which is streaming on Netflix.

Working on the project was a “spiritual experience,” Ung said. Initially, she thought the hardest part about returning to Cambodia and making the film would be to witness scenes of soldiers, their guns and landmines and recreating earlier horrors. But she said that “those weren’t the scenes that broke me most.”

Instead, the hardest part was watching the nine actors who played her family sit together for dinner.

“It was the one thing I grew up dreaming of, and wanting, and envisioning, and imagining,” Ung said. “And to see that happen — even though it’s with actors in a film — that for me was both heartbreaking and beautiful.”

As difficult as it was to watch, the scene stirred her heart and reinforced another message she’s long tried to impart: “Everybody, enjoy dinner with your family tonight,” Ung said. “Look at each other. Look and see who you have, and who is sitting around the table with you. Please. I would give anything, anything, to be in your situations, to have that moment.” PJC