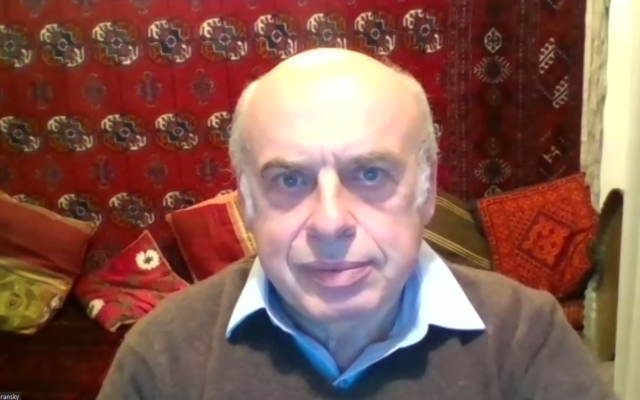 Natan Sharansky says he remains optimistic about Israel 34 years after his arrival in the Jewish state. Screenshot by Adam Reinherz

Tsipy Gur was tired of the darkness of 2020 so she asked Natan Sharansky to spread some light. With the year coming to an end, and having already facilitated nearly 160 Zoom programs since March, Gur, founder and executive director of Classrooms Without Borders, knew that Sharansky, a refusenik whose work four decades ago netted freedoms for Soviet Jewry, could provide a final year-end hurrah.

Sharanksy’s story gives people hope, said Gur, so reading his book, viewing his movie and then virtually congregating for a Chanukah program was a fitting end to the season.

On Dec. 17, hours before the final night of Chanukah began, CWB, in partnership with Rodef Shalom Congregation and the Maltz Museum of Jewish Heritage, welcomed Sharansky for a conversation about his life, its portrayal on film and his impressions of living in Israel today. 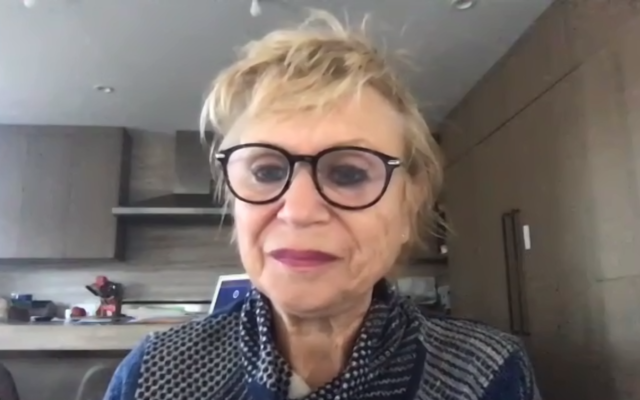 Tsipy Gur and Classrooms Without Borders worked with Rodef Shalom Congregation and the Maltz Museum of Jewish Heritage to welcome Sharansky. Screenshot by Adam Reinherz

Over the course of 75 minutes, Sharansky shared memories of imprisonment, insights gleaned from public service and his hopes for the future, prompted by questions from CWB representatives Avi Ben-Hur and Joshua Andy.

After Ben-Hur asked Sharansky about a scene in “From Slavery to Freedom,” a 2019 documentary in which Sharansky returned to his former Russian prison — where Sharansky spent nearly eight years after being convicted of high treason — Sharansky noted the irony.

“I looked at the cells and they were so small,” Sharansky said. “And then I remembered, when I really actually lived there, it was like the whole world. There were so many things that happened.”

Whether it was strategizing how to pass messages between prisoners, or deliver effective responses to members of the KGB, those cells were rife with “energy and struggle,” he said.

Yet, when he returned to those spaces decades later, they appeared different.

“Suddenly, it seems so small, and you can't imagine how in this small room there were three people, and there was so much life and energy,” he said.

Although he wasn’t certain whether people were taking to the streets on his behalf in those days, Sharansky had convinced himself that “all of the Jews and all of the State of Israel” were fighting for his release. “I wanted to be sure of this,” he said.

That feeling was a purposeful reminder.

“It's much easier there in prison, in that small cell, to feel yourself connected to all the Jewish world than when you are in the government and chairman of the Jewish Agency,” Sharansky said, referring to a post he held from 2009 to 2018.

When holding a position in government, he said, there are people “who you are more connected to, those who you disagree with, there are debates, conflicts.” Prison didn’t present those scenarios. “It was an ideal place to feel that all of us are united in one struggle.” 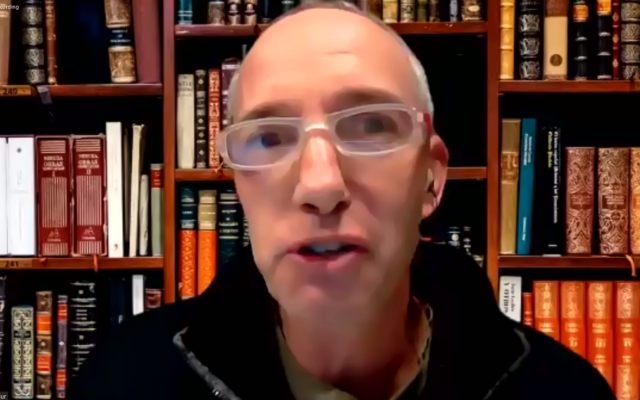 Although later years presented challenges in regard to economic, security and social problems facing the Jewish state, the human rights activist said he remains optimistic.

More than three decades after arriving in Israel to the greetings of politicians and throngs of supporters, Sharansky still appreciates the complexity of his journey.

“I had the unique experience of going in one day from hell to paradise, straight,” he said. “So, now, 34 years later, when you are in the sky, you can only go down, and I'm still in paradise.”