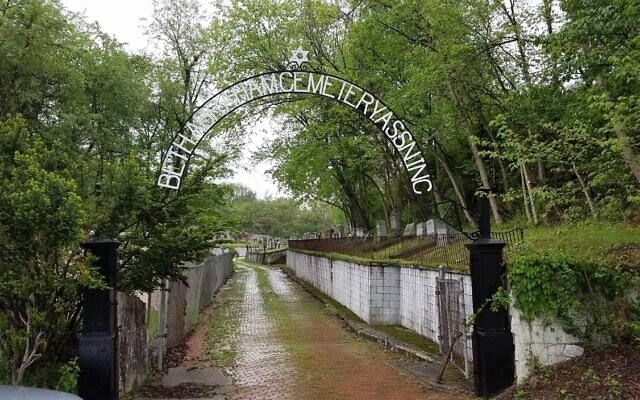 The Jewish Cemetery and Burial Association of Greater Pittsburgh (JCBA) is continuing to grow in leaps and bounds as it furthers its mission to repair and care for Jewish cemeteries throughout western Pennsylvania.

The JCBA now owns, manages or maintains a total of 24 Jewish cemeteries in the Pittsburgh area — from New Castle to Uniontown to Johnstown, said Barry Rudel, the nonprofit’s executive director. The organization has been acquiring properties and collaborating more with local cemetery officials since it launched a reorganization campaign last year, at which time it was in charge of just 10 properties.

Much of the JCBA’s repair work in recent months has focused on parcels in Carrick — namely the Beth Abraham, Shaare Zedeck and Marks cemeteries. The JCBA spent some $30,000 to cut down “dozens and dozens” of dead or dying trees; it also reconstructed walls, built a privacy fence along an adjoining property and rebuilt Beth Abraham’s front gate, Rudel told the Chronicle.

“This is a story of restoring dignity to our sacred grounds,” Rudel said. “This was long overdue.”

Beth Abraham is the third-largest Jewish cemetery in western Pennsylvania and the largest parcel JCBA helps maintain. Situated near Route 51, near the other two cemeteries, Beth Abraham has more than 4,000 gravesites, Rudel said.

The cemetery also is the home of 71 children’s graves, though there are only 40 markers for those graves. The JCBA plans to remedy that by building a children’s monument for those in unmarked plots.

Next, the JCBA might be looking eastward. A Cambria County judge recently assigned control of three cemetery parcels near Johnstown to the JCBA, Rudel said. A big part of the reason the group is able to expand at such a pace is the support of the Jewish community, he said.

“It’s been wonderful,” Rudel said. “We’ve had new gifts at all levels — both from individuals and family foundations. People are really committed to seeing the cemeteries sustained beyond their lifetimes.”

Harvey Wolsh is the JCBA’s president. When he took over the leadership role, he said, the Carrick sites were near the top of his list.

“I said, ‘Let’s make these cemeteries perfect,’” he told the Chronicle.

Wolsh also is philosophical about the social significance of the sites.

“It’s very important to keep our cemeteries in good condition — that’s our heritage, that’s our mission,” Wolsh said. “We owe it to our ancestors.”

“It’s also an obligation to the community to keep these cemeteries in good shape,” he added. “And that’s what we’re gonna do.” PJC