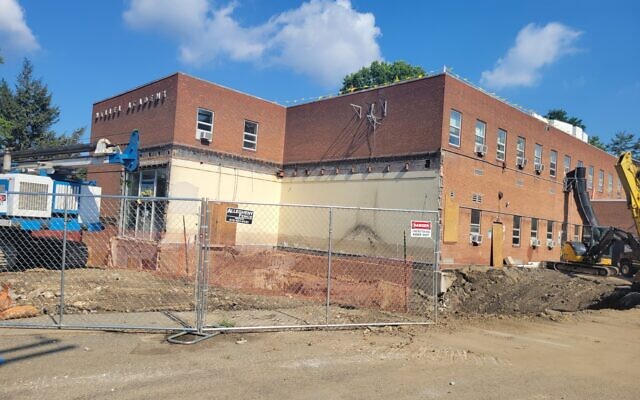 Hillel Academy of Pittsburgh is busy constructing the next phase of its future. Photo by David Rullo.

Standing amid the dust and rubble of new construction, Hillel Academy of Pittsburgh Principal Rabbi Sam Weinberg remembered the last day of the 2021-’22 school year.

“We ended school on a Thursday. We had all hands on deck and paid school students to carry boxes. We cleared out the second story of this building, and the next day started construction” he said.

The summer might have meant the cessation of classes for students, but the private day school was just beginning a $10.5 million project that would include removing the front of its current building, building a new shul, adding a basement, new science lab and a second-story addition that will be the new home of the girls high school.

Weinberg said that while the construction is new, it started more than a decade ago. The original boys high school, he said, was located in Poale Zedeck before moving to the Jewish Community Center of Greater Pittsburgh. It eventually found a home at its current location on Beacon Street. Construction has been going on the entire time the school has been in the building.
“We view this as one continuous project,” he said. 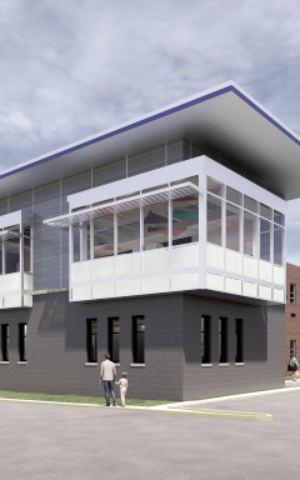 The school began working on this part of the project with architects Draw Collective before the pandemic. The firm, he said, provided close to 18 different iterations of the project before hitting on the current plans.

Weinberg and his board hung the drawings on a wall prepared to get to work, and then the virus shut down the school, along with most other businesses. The drawing remained fresh on the team’s mind but was stuck as a concept until they were able to return to the school.

“You know the moment where you come back to your office in June of 2020 and everything was exactly where you left it?” he asked. “They were up on a wall, but obviously no one knew what was going to be, so we had to rebid the thing and start from scratch.”

The additions and changes will make the school both safer and more flexible.

Weinberg said that the shul on the bottom floor will include more security, including bulletproof glass. There also will be a new sprinkler system.

A new HVAC system will replace the four now in the school. The construction will include a new roof, replacing the 50-year-old one atop the building.

“We have our roofers and HVAC people here every day,” Weinberg said. “The goal is to limit that.”

Included in the new additions is an elevator that will be situated outside of the new shul.

The updates aren’t strictly utilitarian. The girls school will include four large flex space classrooms. The additional science lab means that the school will now feature two, with required storage. A new learning support center is included, with an annex that will most likely include a sensory space that can meet a student’s sensory needs. 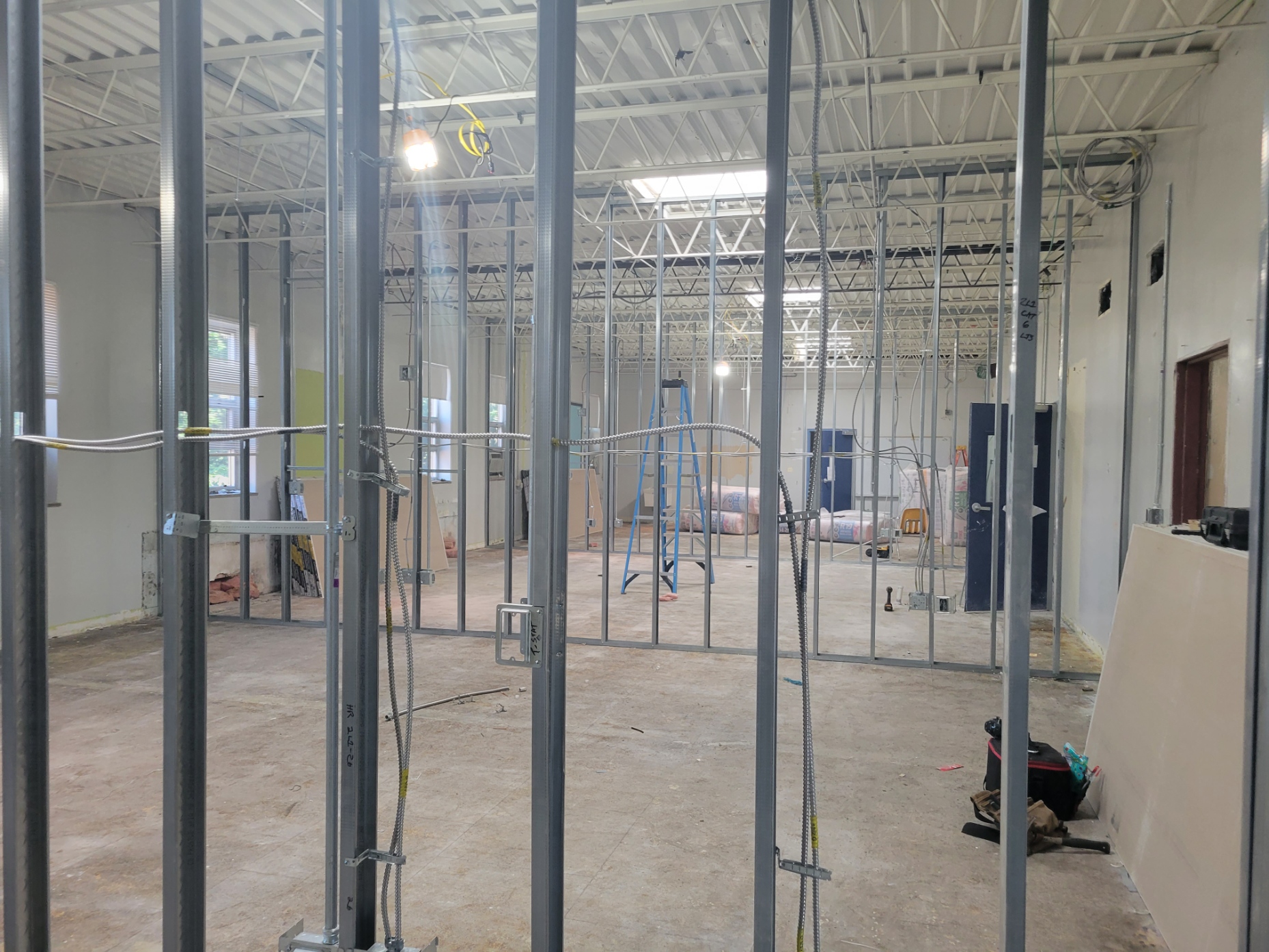 Frames will soon be finished with walls at Hillel Academy of Pittsburgh. Photo by David Rullo.

Because of the construction, Hillel has pushed the first day of school to Sept. 6, intending to complete enough of the work that students will be able to be in the building for classes, even if they don’t have access to all the new additions.
Construction will continue through next summer.

“The goal is to add 10,000 square feet with the additions, plus we’re renovating the entire building’s 35,000 square feet,” Weinberg said. “It will be easier to maintain and easier to clean.”

The funding is coming from donations. The school has raised already raised $6 million. It needs to raise another $4.5 million and is still waiting for pledges to come in.

Aware of supply chain issues and the rising cost of items like wood, Weinberg said Hillel Academy couldn’t wait to begin construction until it received all the funds. It financed the project and will pay it off through money raised.

The $10.5 million project makes the best use of the space available, Weinberg said before noting that if he could construct his dream building it would include a large structure with a parking garage and condominiums on the top floors. In the end, the current plan delivered the biggest and best value for the money. 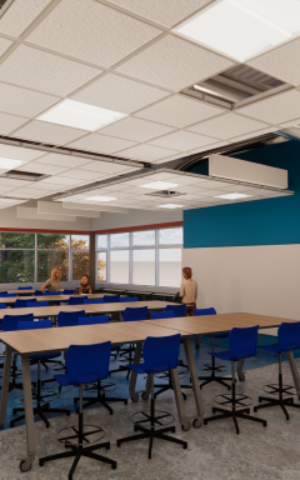 Myers said that the teaching staff is excited about the construction. She noted that the middle and high school girls have to shift around to different classrooms and are looking forward to the day when that is no longer needed.

“I think having a wing dedicated to just those students with up-to-date classrooms will be fantastic,” she said. “Not just in terms of teaching technology but morale, pride in the school, identity. It’s a big deal for us. We’ve been looking forward to this for a long time.” PJC