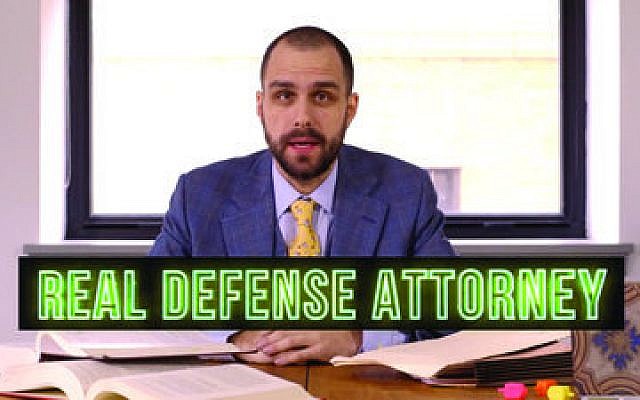 Former defense attorny Daniel Muessig, who once bragged in an online commercial of thinking like a criminal, will now have to serve five years in prison.

The Pittsburgh defense attorney who once bragged that he thinks “like a criminal” recently made good on that pronouncement.

On March 8, U.S. District Judge Arthur Schwab sentenced Daniel Muessig to five years in prison and four years of probation. He also fined the Squirrel Hill resident $50,000 for his role in a drug ring.

Muessig, 40, pled guilty in November to conspiring to distribute 100 kilograms or more of marijuana and possession of the drug, following a 2019 investigation by an FBI task force.

The former attorney admitted that his Squirrel Hill apartment on Covode Street was used as a stash house for the ring’s operations, which targeted Braddock.

Muessig was arrested in August 2021. In May of 2019, FBI investigators observed people carrying bags of marijuana from his apartment. A vehicle Muessig loaded with boxes was pulled over and police found $400,000 in cash; investigators also recovered more than 400 pounds of marijuana and another $5,000 in cash at the Covode apartment. Muessig fled the scene on foot at the time.

Muessig stopped practicing law in 2017, turning to real estate — and, it appears, crime.

In 2014, Muessig filmed an internet commercial that gained the then-criminal defense attorney notoriety for its fictionalized criminals who turned to the camera to say “Thanks, Dan” before committing various crimes including burglary, home invasion, armed robbery and prostitution.

Muessig makes many statements on the video that appear to have come back to haunt him, including “Laws are arbitrary,” “Consequences, they sure suck don’t they?” and “I may have a law degree, but I think like a criminal. Street knowledge.”

In a prescient remark, Muessig claimed, “You keep your trap shut, and I’ll keep your trap open.” In drug vernacular, a trap house is a drug dealer’s place of business.

The video ends with Muessig spinning a dreidel and saying, “Did I mention I’m Jewish?”

In a 2014 interview, Muessig said he chose to highlight his ethnicity because it is considered prestigious for those “in the system” to have a Jewish defense attorney.

“You’re very auspicious on the streets if you have a Jewish lawyer,” he told the Chronicle at the time. “That’s considered to be a super-prestigious situation. It’s almost like having the coolest car.”

Muessig’s defense lawyer, Charles Porter, did not argue for leniency, saying the sentence was appropriate.

In his remarks to the court, Porter noted that Muessig volunteered for Jewish causes. In a phone conversation with the defendant, Muessig said he delivered meals to seniors through Mollie’s Meals for two years, including during the pandemic.

The sentence by Judge Schwab was the minimum mandatory allowed.

But Muessig said his “sentence of 60 months could have been reduced had I cooperated with prosecutors.”

Schwab said he would recommend that Muessig be housed at the federal prison in Morgantown, West Virginia, and allowed him to self-report to the lockup.

Muessig told the court that he doesn’t agree with the law he broke but accepted responsibility for breaking it.

“I’ll take my punishment like a man,” he said. “I just hope one day soon I can be reunited with my family and community.” PJC