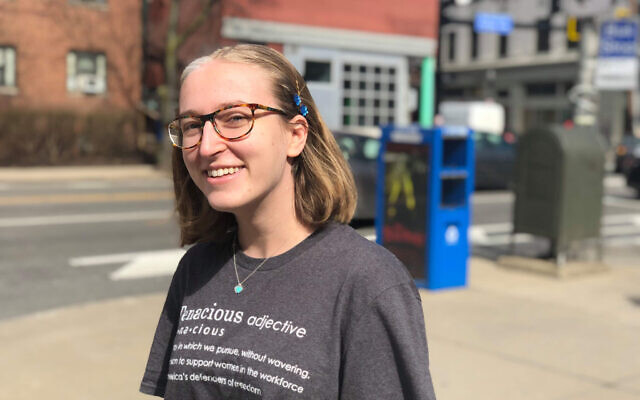 Ben Boxer has a folder on his laptop filled with cover letters he’s submitted for possible tech jobs. There are more than 50 letters in that folder. Boxer also has a second folder, where he moves each cover letter once he secures an interview for that position. That folder is empty.
This is the state of the current job search for many college seniors.

Finding a job after graduation is one of the largest challenges college students face. In the midst of the coronavirus crisis, with so many people unemployed and companies enforcing hiring freezes, a student with minimal experience has an even harder time securing a position. For many graduates to-be, this means a fruitless job search full of frustration and stress; yet, for a lucky few, the pandemic actually has created more opportunities in their desired fields.

For Boxer, a Jewish senior at Carnegie Mellon University studying business administration and film and media studies, not getting any interviews after almost two months of searching is “a little bit unsettling,” he said. He hopes to work in video production, a field that has become significantly congested during the pandemic.

“COVID has made the content creation field so much more competitive,” Boxer explained. “People who were laid off during the pandemic have been making and putting out their own content, so now more people are looking for creative roles because they’ve picked up editing skills over the past year.” 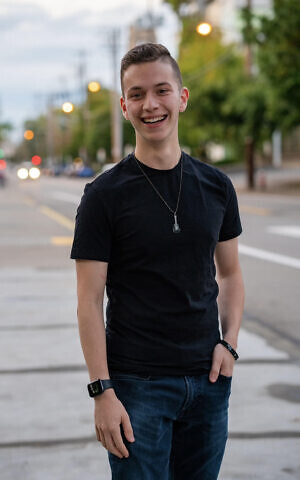 Ben Boxer (Photo by CJ May)
Hiring freezes also mean that the return offers seniors typically count on are harder to come by. Boxer recently concluded an internship with CNBC, but was told that he could not be given a return offer in the current circumstances. His goal is still to secure a position by the end of May, but he’s now less picky about what and where that position might be.

“I’d like to be somewhere in New York, because that’s where my family is, but at this point, I’m just applying all over,” Boxer said. “The process can be really rough at times. There’s very little positive feedback, and I keep getting a gut worried feeling about if I’m doing enough and if I’m doing everything right.”

If he can’t manage to secure employment by graduation, Boxer plans to keep posting videos on his YouTube channel, where he reviews the latest tech gadgets, and managing his freelance video production company, Boxer Video Productions, until he finds a more concrete, full-time role.

For other seniors, the job search has not been as difficult. Cece Brower, another Jewish senior at CMU, has had success in finding software engineering positions.

Brower, who studies computer science, accepted an offer to work at HubSpot, a software development company based in Cambridge, Massachusetts. She points to the expansion of technology during the pandemic as a factor in her finding a job relatively quickly.

“The tech industry has had to keep evolving during COVID to fit everyone’s needs, so the field is mostly hiring,” Brower said. “I was able to get a job near Boston, which is one of the top places I wanted to be.”

Although the demand for computer scientists remains high, the interview process has become more taxing than usual because it has become virtual. In a typical year, recent graduates would be flown to a company’s headquarters for on-site interviews, lunches with managers and tours of the facility, all of which COVID has halted.

“The whole process was pretty stressful this year,” Brower said. “They had to skip all those superfluous things, so I just had interviews ranging from three to six hours with multiple different engineers, with no breaks in between.”

While Brower dreaded the virtual interviews, Megan Cohen, a psychology and communications double major at the University of Pittsburgh, found they actually made the job hunt less stressful.

“It’s nice to not have to travel to an interview,” Cohen said. “I don’t have a car, and I always worry about being late or getting lost when I take public transportation, so it’s much more convenient to have online interviews — and I still get to have a somewhat face-to-face interaction.”

Cohen hopes to work in an entry-level human resources position or as a recruiter. She’s managed to score a few interviews, but so far, the companies have been looking for someone who can start sooner than she can. 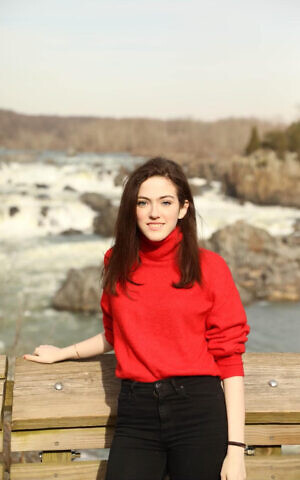 Megan Cohen (Photo by Samantha Clark)
“I started my job hunt pretty early because I wasn’t sure what the process would be like in the pandemic,” Cohen said. “Recruiters have told me to apply closer to when I graduate and I might have more success, so I’m not too frustrated yet.”

If that still doesn’t work, Cohen plans to move back in with her parents and work remotely at her current unpaid internship, an HR position at the Philadelphia-based tech start-up Verif-y, while she keeps searching for full-time positions.

Megan Lucks, another Jewish student at Pitt who studies chemistry, is also hoping to continue at her part-time job once she graduates. Lucks currently interns at Allegheny Veterinary Emergency Trauma and Specialty, a role she secured at the beginning of January.

“I’m hoping they’ll let me increase my hours after I graduate and transition into a full-time position,” Lucks said. “With the pandemic, clinics can’t have as many volunteers, so interns have become even more important for smaller tasks.”

Lucks felt it was critical that she take a gap year to gain some hands-on experience working in a clinic before applying to veterinary school, but was slightly worried about getting hired. 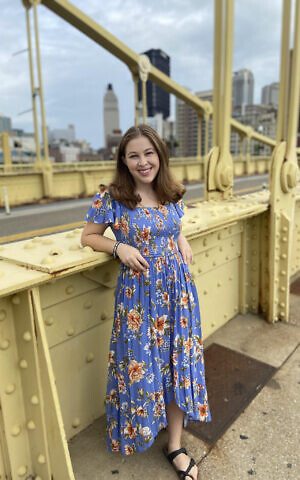 “In the height of the pandemic, a bunch of my friends’ internships were being canceled, and everything just felt very uncertain,” Lucks said. “But then I had an interview and I got the job. I was happy, but it was bittersweet because everyone around me was losing work and I was getting hired.”

Even if her current job doesn’t offer her a full-time role come May, Lucks is confident she will be able to find employment within the veterinary field.

“I’m not sure my specific job now is completely secure, but I feel secure that I’ll always have an opportunity to work,” Lucks said. “The work doesn’t stop because animals are always going to need our help, no matter the circumstances. I’m very grateful that I chose a field that will always be prevalent.”

Despite all the extra chaos and uncertainty brought on by the pandemic, Pittsburgh students are trying their best to remain optimistic.

“At this point, I’m a little stressed,” said Cohen. “But I’m not hopeless.” PJC