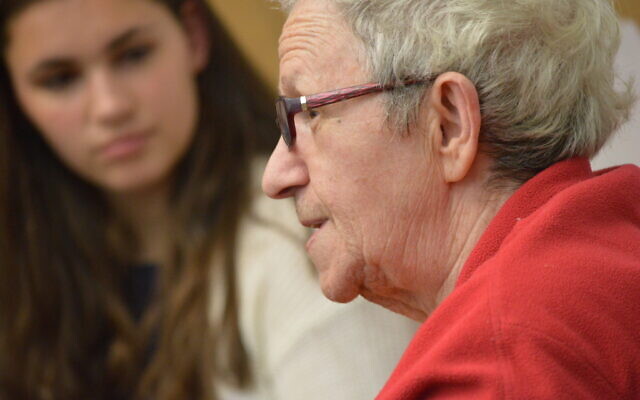 Shulamit Bastacky’s childhood was spent in hiding. As an adult, though, she was anything but covert.

During her years in Pittsburgh, Bastacky, a Holocaust survivor who died Jan. 1 at 79, spoke with thousands of students in scores of public settings. The conversations, which often recounted Bastacky’s haunting childhood, were unforgettable. In a classroom, at a library or over lunch, listeners learned how two months prior to Bastacky’s birth on Aug. 25, 1941, in Vilnius, Lithuania, the Nazis occupied the Lithuanian capital and quickly began murdering its Jewish population. Terrified about their newborn’s chance at survival, Bastacky’s parents, Simon and Dora, gave their baby away. Bastacky was taken in by a Polish Catholic nun, who, at great risk and for nearly three years, kept the Jewish child hidden in a cellar.

“The only human touch I experienced was from the nun who saved me,” Bastacky told students at Aurora High School in 2013.

In July 1944, the Soviets freed Vilnius from Nazi rule. Unsure whether Bastacky’s parents had survived the war, the Polish nun who endangered her own life to save Bastacky’s bundled up the toddler and placed her on the banks of a nearby body of water. A Lithuanian man discovered the child and delivered her to a Lithuanian Catholic orphanage. After Bastacky’s father was freed from a labor camp, he returned to the place he’d deposited the baby years earlier but couldn’t find her.

So he kept searching.

“By instincts, by luck, I don’t know what guided him, he walked into this orphanage,” Bastacky told the Holocaust Center of Pittsburgh in 2012.

He called out her first name, but the malnourished child didn’t reply. Finally, after noticing her birthmark, Simon Bastacky discovered his daughter. The young girl was sent to a rehabilitation facility for Holocaust survivors, and after gaining enough strength, eventually enrolled in Polish elementary and high schools. 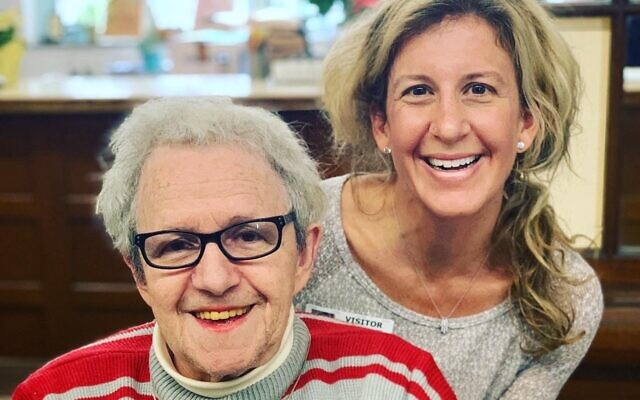 As a student at the University of Pittsburgh, Bastacky earned a master’s in social work, then worked for decades forging bonds between people. Following retirement, Bastacky increased her involvement with the Holocaust Center of Pittsburgh and regularly spoke about the impact of her childhood.

“She was gregarious, extremely extroverted, interested in what was going on around her and opinionated, and I say all of this with so much affection,” said Lauren Bairnsfather, the Holocaust Center’s director. “She did not hold back. She was completely herself.”

Those qualities endeared her to many people, said Amy Gold, information and referral specialist at AgeWell at the JCC.

More than 15 years ago, Gold met Bastacky during lunch at the Jewish Community Center of Greater Pittsburgh.

“I was new to the program,” Gold said. “Shulamit recognized I was new and she reached out. She wanted to figure out how to connect, and after discovering that I was a social worker, she just wanted to sit and talk and learn more about me.”

That conversation led to many others.

“Shulamit was the one with the interesting story, and a life filled with compassion and motivation,” Gold said. “I wanted to learn more about her, but she was always interested in learning about other people.”

When Hillel Academy of Pittsburgh students visited Bastacky at her home at Forward Shady Apartments in 2019, Bastacky “treated them like honored guests,” said Yikara Levari, assistant principal at the Jewish day school. “The experience left quite an impression on the students.” 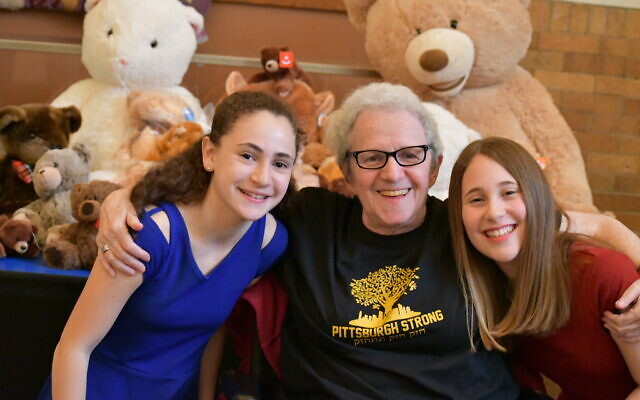 Almost 20 years ago, Marilyn Messina, a former math and English teacher at Shenandoah Elementary School in Penn Hills, invited a Holocaust survivor to class. Her students had finished reading Lois Lowry’s “Number the Stars,” and Messina phoned the Holocaust Center seeking a speaker. When Bastacky arrived, her presence immediately resonated with students, and the two women soon developed a friendship, Messina said. Through the years, Messina often drove the survivor to and from speaking engagements throughout Western Pennsylvania.

In each setting, Messina saw bonds develop as Bastacky engaged her audience.

“She was always about love, and appreciation and caring,” said Messina. “She could have been a person that was full of bitterness and ask ‘why did this happen to me,’ but she never did that.”

Her qualities made it easy for students — whose own lives were very different from Bastacky’s — to immediately connect with the Holocaust survivor, said her friend Julie Paris: “Shulamit offered listeners a sensitivity, openness and understanding.”

After a student once asked her what revenge she sought following World War II, Bastacky replied, “Education, education, education. We have to fight intolerance and hate with the opposite. Instead of hating, put love in your heart and see how wonderful things happen.”

Her audiences ranged in size and location, but whether in classrooms, lecture halls or community centers, Bastacky filled each space. Her story was remarkable but so too was her message and the way she shared it, said Messina. She knew what it was like to be a child with nothing, no one to play with and no one to touch.

That’s why she collected and distributed teddy bears, delivering them to hospitalized children or women in shelters to help facilitate connection, said Messina, who served as a compassionate caregiver during Bastacky’s final days. The value of friendship and the lasting effect one person could have on another regardless of circumstance or age were matters Bastacky understood at her core.

When Bastacky was 14, she reunited a single time with the Polish Catholic nun — a woman Bastacky continuously credited as the reason for speaking with so many individuals.

“I remember she wanted me to stand on a chair,” Bastacky said in 2012. She wanted to “see me at eye level.” It was important for her to see “who is this young person whose life she saved.” PJC