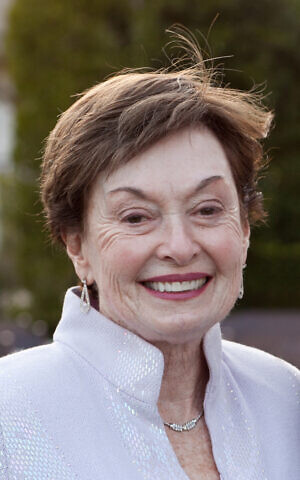 ROSENBERG: Sandra (Sandy) Rae Cohen Weinstein Rosenberg, on Tuesday, April 6, 2021, at the age of 81. Beloved daughter of the late Hyman and Anna Cohen and sister to Fred Cohen. Loving mother to Marci Weinstein Wiseman and Carl Weinstein and daughter-in-law, Sarah Weinstein. Adoring grandmother to Jillian Wiseman and Cole Weinstein and step-grandchildren, Joshua, Samuel and Daniel Rosenberg and Phoebe Sanders. And devoted stepmother to Michael (Helen) Rosenberg and Susan Rosenberg Sanders. Sandy was preceded in death by her husband of 25 years, David Rosenberg. Sandy was an educator in the classroom and in publishing, but she devoted her life to the job she loved most, “mom.” She graduated from Taylor Allderdice High School and the University of Pittsburgh. Sandra taught elementary school in Chartiers Valley, and taught in Mt. Lebanon and Upper St. Clair townships before becoming a consultant in the educational publishing business. Sandra grew up in Squirrel Hill, and after being married, lived in the South Hills (Scott Township and then Upper St. Clair), where she raised her children. She was involved in various charitable endeavors, including a long-time membership in ORT, serving for several years in various leadership capacities. In 1995, Sandra remarried, David Rosenberg, her high school sweetheart in a beautiful wedding in one of their favorite places, Sante Fe, New Mexico. They lived in Akron, Ohio, later in Palm Springs, California and for the last 16 years in Seattle, Washington. Sandy was drawn to the West Coast to be closer to her son and daughter and her grandchildren. Sandy was the greatest cheerleader for her children and grandchildren and will be forever remembered for never missing a special event, a recital, performance, holiday or birthday party — even when that meant multiple cross country trips a year. Sandy and David traveled extensively, liked to throw parties and built a wonderful life in Seattle with a close circle of friends. Memorial service and final resting plans are private. Donations may be made to the Juvenile Diabetes Research Foundation. PJC