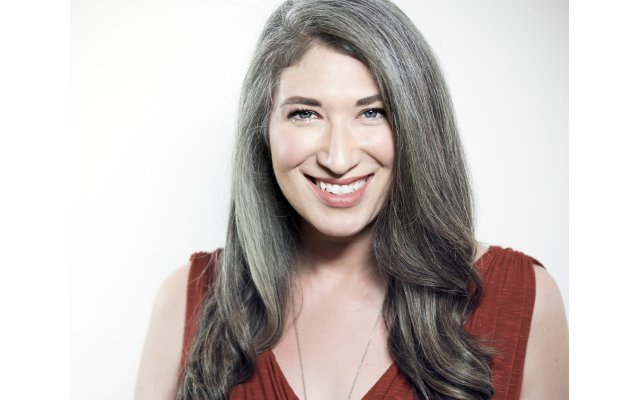 Like thousands of children, Jewish Point Breeze resident Jenifer Weber was introduced to opera by Bugs Bunny. Though decades have passed since Weber, 44, first watched those cartoons, Weber, a professional mezzo, remains drawn to the powerful sounds she first heard in “Looney Tunes.”

Looking back on her early introduction to opera, Weber said that she — like others of her generation — didn’t realize the vast musical exposure she received from watching an animated rabbit on television in her childhood Washington, Pennsylvania, home. But as enriching as that informal education was, Weber said, it also led to some misconceptions.

Weber sees opera as “a viable art form” that can lead audiences to self-discoveries and teach “new things about the world.”

Opera is often thought of as stuffy or exclusive, “and it would make me feel sad if people thought it was just for rich people, or just for white people, or just Christian people, or old people,” Weber said. “There is a style of opera for everyone, and I think everyone should give it a chance — and more than one chance.”

Pittsburghers will have ample opportunities to do so beginning March 26 as Pittsburgh Opera performs “Carmen” by Georges Bizet, with a libretto by Henri Meilhac and Ludovic Halévy. The show, which is set in 1830 Seville, Spain, and is billed as “a roller-coaster of lust, deception, and murder,” runs through April 3.

Weber, a member of the show’s chorus, said that both longtime opera lovers and those new to the art form can derive something meaningful from the show.

For Weber, every performance is significant as it allows her to further hone a well-developed skill set. After obtaining a bachelor’s in music from Indiana University and a master’s in music from University of Missouri-Kansas City, she appeared in productions worldwide. Following shows in Austria, Italy and across the United States, she returned to Pittsburgh to be closer to family and raise her own.

Rearing her children, 12 and 10, while working and making art can be a balancing act. After waking at 6 a.m. and helping her children get out the door, Weber heads to work at a nearby bank — where she stays from about 8:15 a.m. to 5:15 p.m. Soon after completing her workday, she runs home to change “because I don’t want to wear bank clothes to the rehearsal room,” she said.

Weber then drives from Point Breeze to the Strip District for rehearsal, which runs from 7-10 p.m.

She said she’s typically “so amped up” from rehearsing that after arriving home she hopes to fall asleep by midnight, then wakes the next morning at 6 a.m. to start the process again.

“It is exhausting and sometimes I drop the ball or forget to return phone calls to my friends, and I feel sad about it, but I hope that most of the people who know me and love me know that I’m doing the best I can,” she said.

Weber also wants people to realize how hard singers, and other artists and performers, work to remain in the field.

“Many of us, if not most of us, go to school thinking we will … study hard, better our voice, have this beautiful instrument and get a job and another job and then we’ll be singing at the Met,” she said. “But that’s not the path for the majority of singers. It’s a very small percentage of singers who make their living from stage wage. Most of us make money from teaching lessons or teaching at schools.”

Through the years, Weber has undertaken a host of jobs ranging from Kindermusik instructor to skateboard repairer, all while remaining a professional singer. She said she’d love to audition and perform more, and continues making the most of every opportunity she has.

She also wants people to give opera a chance.

“They say you have to try a food multiple times before you decide you don’t like it,” Weber said. “I don’t know if I would say that you have to try opera 26 times. But you should try it a bunch.” PJC