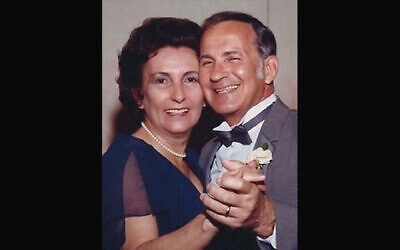 COHEN: Malkah (Rosenthal) Cohen, 92, mom and wife of 61 years to the late Dr. Melvin L. Cohen, passed away peacefully at home in Phoenix, Arizona, on July 27, 2020. Malkah was born and raised in Pittsburgh, Pennsylvania, daughter of the late Ida and Marcus Rosenthal of Squirrel Hill, where she graduated from the University of Pittsburgh with a degree in biology. She began working as a medical illustrator as well as a Hebrew School teacher at the Tree of Life Congregation. She married Dr. Melvin Cohen in 1950 and eventually moved to Phoenix, Arizona in 1957. Malkah was a formidable life force; smart, witty, fun, feisty, strong and opinionated. Together, Malkah and Mel with Phoenix Children’s Hospital left a lasting legacy with their dedication and hard work in pediatrics. Malkah will be missed by her four children Ellen Harper (Tom), Dr. Joseph Cohen (Julia), Jan Hancock and Tammie Cohen (the late Dewey Stark), her grandchildren Danny and Chad Harper, Hunter and Taylor Hancock (Tommy Mac), and her brother Eliezer Rosenthal (Joy). Malkah was sister-in-law to Marcia Cohen Solomon (Mel), the late Stanford (Jean) Cohen and aunt to ten nieces and nephews, including the late Cecil and David Rosenthal. Malkah Cohen’s family had a private family burial arranged by Sinai Mortuary and Mt. Sinai Cemetery, officiated by Cantor Ross Wolman of Temple Chai. In lieu of flowers, donations may be made in Malkah Cohen’s memory to: Phoenix Children’s Hospital Foundation – 2929 E Camelback Road Suite 122, Phx AZ 85016, (602) 933-4483, or online at GiveToPCH.org Hospice of the Valley – 1510 E. Flower St., Phoenix, AZ 85014, (602) 530-6992, or online at hov.org/donate