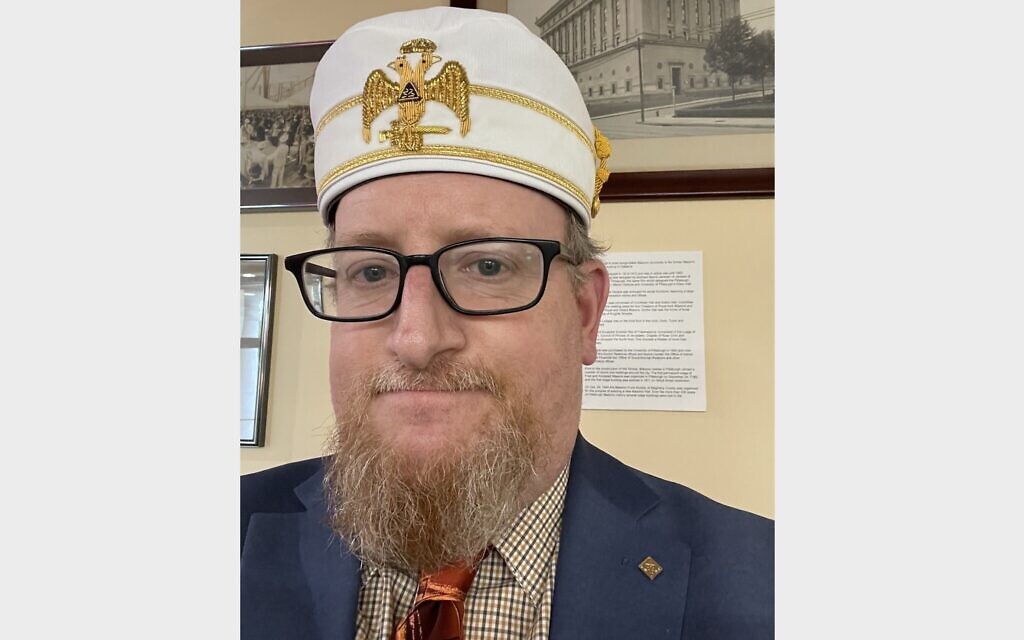 As writers go, Austin Shifrin is still a bit of a novice; he wrote his first essay for a Masonic publication about eight or nine years ago. But, writing about tolerance, he sounds almost sage-like.

“We know what happens when people live side by side without the principle of toleration: categorizing someone as beneath you — fundamentally unworthy of the same consideration and esteem as yourself — is a slippery slope towards dehumanizing the other party,” Shifrin wrote in the June 2019 issue of the Freemason magazine “Rite Now.”

“We have seen it throughout history; if you read ordinary media and literature from settings such as the period of slavery in the early United States or under the Third Reich in Nazi Germany, you routinely encounter language that either implies or explicitly states that some categories of people are subhuman and therefore not entitled to proper human rights,” he continued. “Although we like to pat ourselves on the back and believe we have come a long way, this kind of thinking persists into the present, and we should be on the lookout for similar language.”

Shifrin has seen the devastating consequences of some forms of intolerance. While he is a past master of the Masonic Tyrian Lodge #644 and is heavily involved in eight other Masonic bodies — he also is Jewish and a member of Tree of Life Congregation, one of the three congregations targeted during the Oct. 27, 2018 massacre.

Shifrin grew up in New York City in a Conservative Jewish family, “though not extremely observant,” he told the Squirrel Hill Historical Society in 2018. He did, however, spend a lot of time with his maternal grandfather, for whom he had a “great affinity.”

“He was silly and fun, but also a very intellectual man,” Shifrin said. “He devoted himself to the practice of chiropractic medical care in an era when it wasn’t really an established medical science yet. He also had an interest in Eastern medicine, philosophy and other esoteric subjects. At some point as a younger man, he became involved with the Freemasons.”

When Shifrin was in high school, he took an interest in some of “the esoteric subjects” that he first discovered in his grandfather’s library and eventually asked him about the Freemasons.

“He said to me, ‘Well, you’re about to go off to college — Freemasonry is a fraternity. Why don’t you go see what the fraternal experience is like for yourself and, if it interests you, we can discuss it more,’” Shifrin recalled.

Shifrin headed to Carnegie Mellon University in 1993, and while he did find Greek life “compelling,” he ultimately decided not to pursue it, concluding it probably had changed since his grandfather experienced it six decades earlier.

He didn’t discuss Freemasonry any further with his grandfather, “something I have kicked myself for ever since,” he said.

Thirteen years later, Shifrin was still in Pittsburgh, working on the South Side. One day he saw a flyer in the window of the Carson Street Deli advertising a social gathering hosted by several Masonic bodies. He asked the deli’s owner — who had been a Freemason for about five years — about the organization and decided to attend the event.

Shifrin didn’t know what to expect — “Would they be like the stonecutters from ‘The Simpsons’ episode?” he wondered. “But they turned out to be ordinary men from a wide variety of backgrounds and really pleasant and easy to talk to.”

Shortly thereafter, Shifrin joined the group and has since taken on various leadership roles in the organization.

Freemasonry is “a fraternity of brothers who share one common goal: to help each other become better men,” according to the websites of several Freemason lodges. The Freemasons “strengthen and improve our character by learning and practicing basic virtues of fraternal love, charity, and truth. Our principles extend far beyond our interactions with each other, and we strive to apply them to our daily lives.”

All men who join the Freemasons “must declare their belief in the existence of a Supreme Being, and practice their own personal faith, but the fraternity is neither a religion nor a place to worship,” according to Freemason literature. “Rather, it is a place where men of all monotheistic creeds can meet and focus on the great truths of peaceful human interaction that are common to all religions.”

Shifrin lives with his girlfriend in the North Hills. His day job, when not writing, is with BNY Mellon. What really gets Shifrin going, though, is talking about Masonic principles — parts of which are the subject of his new book, “MORE LIGHT: Collected Masonic Writings, 2017- 2021.”

“The purpose of these essays is to cover the principles and philosophy of the Freemasons as a group,” Shifrin told the Chronicle. “It’s meant to be educational.”

Educating also has a lot to do with erasing past misconceptions, Shifrin stressed.

“People who aren’t members of the organization sometimes fill in the gaps of their knowledge,” he laughed.

No, Shifrin said, Freemasonry, which traces its roots to the 13th century, is not a conservative conspiracy. It also is not a cult.

“Before I was a member, when I saw [the Freemasons’] square and compass, I associated frightening things with it,” he said.

Shifrin said there is no reason why a Jewish man cannot also be a Freemason. The latter supports religious freedoms; the only bitter pill for a Jew might be he sometimes has a meeting or an event on Shabbat.

The fact that, until recently, an individual had to approach a Freemason on their own to seek membership also adds to the air of selectivity or secrecy, Shifrin said. So, if Jewish people are the minority in America, they’d also tend to be the minority in a Freemason lodge.

“’Birds of a feather flock together’ — whatever expression you want to use,” Shifrin said.

Shifrin’s book, which is available through online retailers, contains some of his more recent essays and material from the presentation he made to the Squirrel Hill Historical Society.

“There’s a side of it that’s very intellectual and it’s philosophical,” he said. “And that appeals to me. And I would like this book to be educational … to get a look at what Freemasonry, in all its flavors and colors, is all about.” PJC