SLAVKIN: On Aug. 30, 2020, beloved mother, grandmother and teacher Jacqueline Cuttler Slavkin passed away. She was 82 years old. Jackie was a native Pittsburgher, born on April 23, 1938 to Esther and Louis Cuttler. She attended Peabody High School, graduating 2nd in her class in 1956. Upon graduation from the University of Pittsburgh in 1959, Jackie began her teaching career at Taylor Allderdice High School in Squirrel Hill. 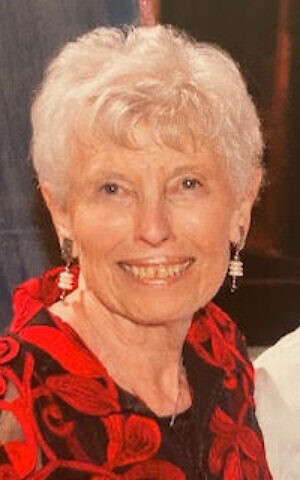 Jackie married Seril Slavkin, M.D., on July 3, 1960, and after living in Mountain Home, Idaho for two years while Seril served in the Air Force, ultimately settled in Mt. Lebanon where she resided at the time of her passing. The couple joined Beth El Congregation in 1964, where Mrs. Slavkin remained a member for 56 years until her death. It was after Seril’s untimely death in 1981 that she truly found inner strength and became a centering force in her family’s life. A quiet, elegant woman, Jackie was a lifelong supporter of the arts in Pittsburgh, holding season tickets to both the Pittsburgh Symphony and Pittsburgh Public Theater, among others. She was also a voracious reader, the bookshelves in her home packed with volumes she had read over the years. Jackie is survived by her children Stacey (husband Larry Keller) of Needham, Massachusetts and Rob (wife, Rachel Aronson Slavkin) of Longwood, Florida and four grandchildren, Evan (25), Emily (23), Drew (20) and Jacob (19). Services and interment private. Donations in Jackie’s memory may be made to her beloved Beth El Congregation of the South Hills, 1900 Cochran Road, Pittsburgh, PA 15220. Arrangements entrusted to Ralph Schugar Chapel, Inc., family-owned and -operated. www.schugar.com