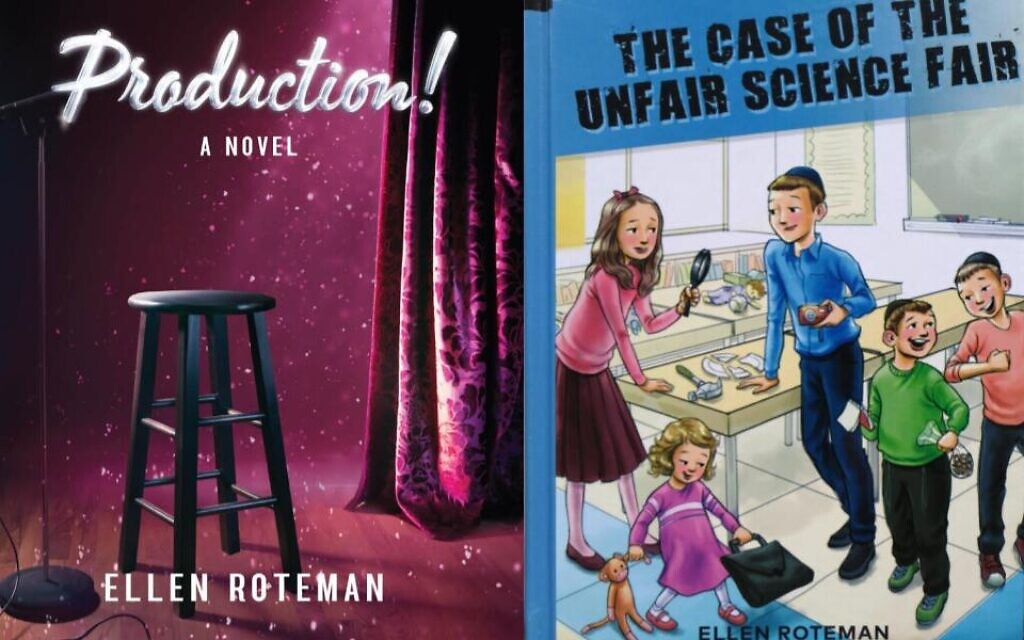 "Production!" and "The Case of the Unfair Science Fair," two new books by Ellen Roteman and published by Menucha.

Author, grandmother and communications professional Ellen Roteman’s two new children’s books, “Production!” and “The Case of the Unfair Science Fair,” each explore situations and personalities their readers will likely recognize.

Roteman, an award-winning former Jewish Chronicle writer who later served as marketing director for the Jewish Federation of Greater Pittsburgh, wanted her books — both recently released by Menucha Publishers — to address relatable moments in the lives of Jewish children and feature realistic characters.

The new titles follow Roteman’s first children’s book, “The Case of the Disappearing Chanukah Candles,” published by Menucha in 2018.

There is a tendency from certain publishers which largely cater to Orthodox Jewish readers to portray children as perfect, but for Roteman, it is important “as a grandmother with some Orthodox grandchildren” to present children “as a work in progress, as we all are,” she said.

The children in both “Production!” and “The Case of the Unfair Science Fair” are “trying to be better and do what’s right, but they’re still kids,” she said.

In both books, whether the figures are staging a high school production, or partnering with siblings, classmates and friends to solve a middle school mystery, Roteman’s characters exhibit a range of emotions. 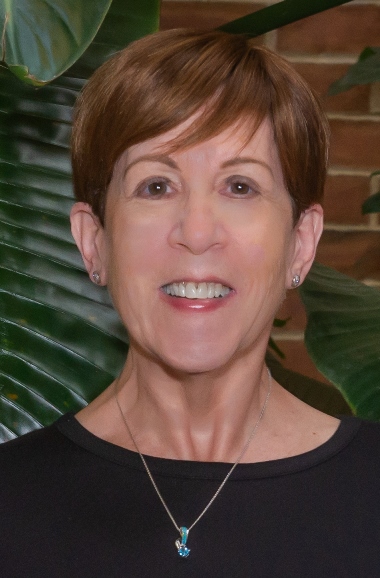 Ellen Roteman (Photo by Barbara Secher Greenidge)
Not only was it important to the author that the characters solve their quandaries, but also that they act reflectively and feel bad when treating each other poorly, she said.

In “Production!,” readers enter the dramatic world of theater at Jewish girls high schools. Across the country, these productions have a tendency to take over the lives of students and serve as a rite of passage, said Roteman, and students often are charged with every aspect of the show — from performing the play and creating the scenery, costumes and program book, to selling advertisements and tickets.

Productions offer lessons in group dynamics and confidence building, while reinforcing practical lessons, like mathematics or design, she added.

Roteman’s daughter, now 38, attended Hillel Academy of Pittsburgh and Yeshiva Schools of Pittsburgh. Thinking back to those productions from years ago, it wasn’t only the students who were given a new venue for learning, but the teachers as well, said Roteman.

“The educators became educators in different ways,” she said. “I remember that the teachers and principals brought a wisdom that the girls really picked up on. Remembering how fulfilling this was for my daughter made me think it would be a good story.”

Prior to “Production!” Roteman had never written a young adult novel — “The Case of the Unfair Science Fair” and “The Case of the Disappearing Chanukah Candles” are both shorter in length and are designed for younger readers. As much as she believed that the subject of girls theater at Jewish high schools was ripe for mining, Roteman also knew the material would benefit from outside eyes.

As a member of the Society of Children's Book Writers and Illustrators, Roteman turned to fellow authors for critique. COVID-19 changed the way the group interacted — meetings are currently digital — but the quality remains, explained Roteman: “These are a group of people who are very specific with their critiques and always find something kind to say.”

What Roteman discovered by sharing “Production!” and other writings with the group was that objective readers can see plot fissures or compositional flaws authors may be blind to.

“When you are passionate about your writing, you know where you want it to go and what you want your characters to do,” she said. Having an impartial party question certain narrative tactics can be really helpful.

Roteman credits past ventures and rejections — a manuscript she drafted about her father’s experiences in World War II was passed over by publishers — with leading her to this moment of professional accomplishment as a young adult and children’s author.

“You learn from everything that you do,” she said, adding it is sometimes difficult to understand life’s journey. “There are all of these steps that didn’t feel worthwhile at the time, but they’ve taken me where I want to go.” PJC