KRASIK: Elaine Belle Krasik, on Tuesday, August 18, 2020, after a brave and valiant fight against significant medical challenges. Elaine loved life, and life loved her back. At the same time, she strongly believed that life could only be lived the “right” way with a commitment to integrity, honesty and fairness to all. She was always interested in learning new things and expanding her world. Her enthusiasm and commitment to organizations and causes always guaranteed that whatever she undertook would be completed successfully and on time. Once committed, she devoted all her energies to whatever the cause. Her leadership was an inspiration to others. Elaine had a lifelong commitment to Judaism, both its religious practices and its charitable activities. She loved attending religious services and did not permit her less than stellar singing voice to impede her participation. Her family and friends were a central part of her life. Nothing was more important. To her, loyalty was a paramount virtue, and she showed that loyalty to family members and friends in countless situations. She also valued tradition, and she saw one of her major goals in life as conveying traditions and the reasons for those traditions to younger generations. 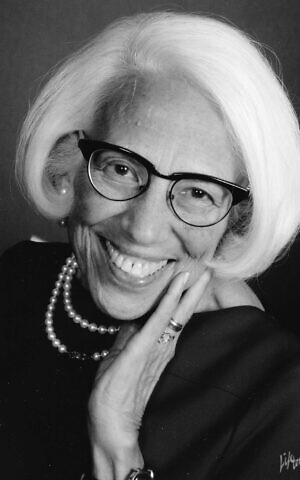 Elaine is survived by Carl, her husband of 54 years; her sons Curt (and his girlfriend, Stefanie Lacy) and Scott (and his wife, Laurie); Joelle Keats, mother of Elaine’s grandchildren, Connor, Carly and Michaela; her grandchildren Cooper and Skylar; her brother Norman (and his wife, Sylvia); and nieces and cousins to whom she was devoted. Elaine graduated from the University of Pittsburgh, received a Master of Arts in Teaching degree from Yale and in the late 1960’s taught French to middle school students in Lexington, Massachusetts. ln the 1970’s and early 1980’s, she was a full-time volunteer and devoted countless hours to many Jewish and non-sectarian organizations in the Pittsburgh area. ln 1984, she entered law school at the University of Pittsburgh and graduated in 1987. For five years, she worked for the law firm that is now K&L Gates LLP doing primarily corporate and transactional work. ln 1992, she joined the law department at Highmark and worked there until her retirement in 2011. ln retirement, she did more volunteer work and was particularly proud of her work enabling hospital patients to vote in the 2018 election. Elaine received a number of awards for her volunteer work, most recently the Natalie Novick Woman of Philanthropy Award. Graveside services and shiva are private in recognition of the pandemic. A year from now, a public memorial service will be held to give her family and friends the opportunity to celebrate her remarkable life, her always optimistic spirit and her seemingly endless energy reserves. The family suggests that contributions to honor Elaine’s memory be made to the Jewish Federation of Greater Pittsburgh, 2000 Technology Drive, Pittsburgh, PA 15219; National Council of Jewish Women, 1620 Murray Avenue, Pittsburgh, PA 15217; or Congregation Beth Shalom, 5915 Beacon Street, Pittsburgh, PA 152I7. Arrangements entrusted to the Ralph Schugar Chapel, Inc., family owned and operated. www.schugar.com