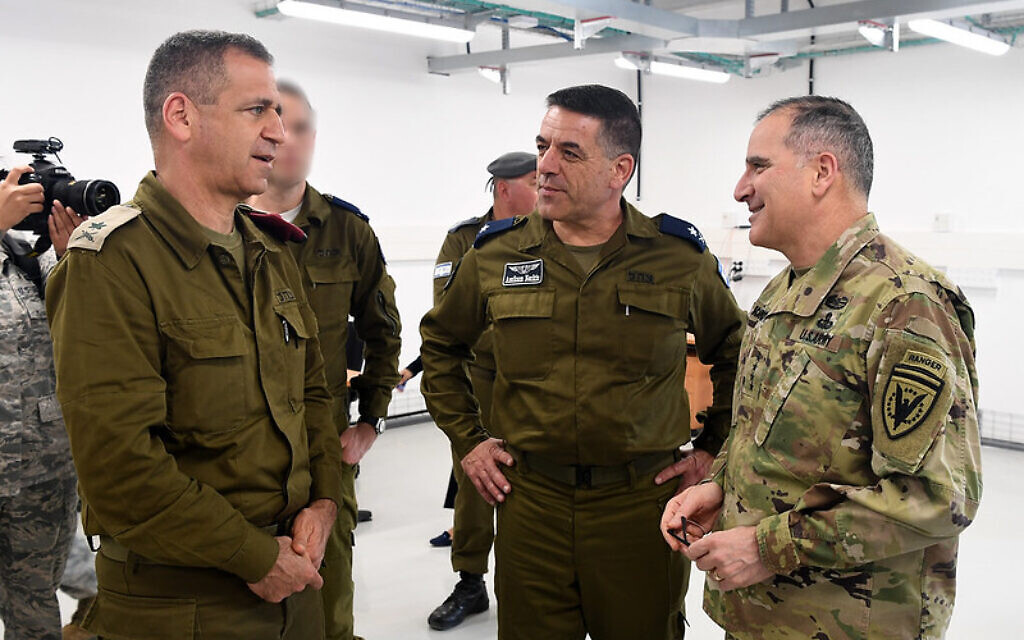 Upon choosing a successor to Israel Defense Forces Chief of Staff Lt. Gen. Gadi Eizenkot in 2018, then-Defense Minister Avigdor Lieberman said that he wanted someone who spoke “in terms of decisiveness and victory.”

This might seem like an obvious qualification for a commander-in-chief of an army, but these are principles that for many years had become all too lacking in the Israeli military, left in dusty drawers far away from any type of implementation.

Lieberman was suitably impressed with Aviv Kochavi, who demonstrated his fealty to a new conception during his swearing-in ceremony, by declaring that the IDF “is all about victory.”

Two years on, and this type of talk has become de rigueur for Kochavi, who touts a conception of victory as “lethal, efficient and innovative” during his many speeches. But it is more than just talking. Kochavi has tried to weave a new victory imprint across the military apparatus.

Only months after assuming office, the General Staff of the IDF dedicated four days to a “Victory Seminar” convened by Kochavi. According to media reports, “the question was, and is, what is victory and who defines it.”

Evolving out of these types of discussions came the “Victory Doctrine,” which has been subsequently adopted by the IDF. The new doctrine has, according to military commentators, changed the very definition of victory: “The maximum number of enemy capabilities destroyed in the shortest period of time and with the smallest possible number of casualties. The closer a result is to these parameters, the more decisive the victory,” explains JNS staff writer Yaakov Lappin, a research associate at the Begin-Sadat Center for Strategic Studies.

In other words, victory involves the defeat of one’s enemies — not the restoration of a ceasefire or routine paring of adversaries’ capabilities (“mowing the lawn,” in Israeli parlance), but the resounding destruction of their ability and will to fight.

Victory is no longer just a conceptual goal; it is the operational mission of the Israeli army. Now it must receive the backing of the political leadership.

In any democracy, it is elected officials who define and decide policy, and they have wider considerations than military officials. They have to look at expense, national morale, diplomatic consequences and political considerations, especially in Israel, where elections have become so frequent.

It is for these and myriad other reasons that the IDF has not been able to achieve a major knock-out blow to any enemy that it has faced in recent decades. Because of this military hesitancy, Israel’s opponents have become more emboldened and better equipped than ever. They are chomping at the bit to inflict attacks against Israel and its civilian population centers because they do not face the prospect of decisive military defeat if push comes to shove.

It is time for Israel to put the new doctrine into action, not by seeking war, but by ensuring that any war forced upon it ends with a decisive victory.

For this to happen, Israel needs resolute leadership — one that, while understanding that Israel has allies who call for “restraint” and “proportionality,” is resolved to show its enemies neither, if it leaves them with the ability to rearm and threaten the Jewish state again.

Very little has been heard during Israel’s current election campaign about issues of war and peace, and that is perhaps understandable in a year blighted by a pandemic and economic woes.

But Israel still has many enemies on multiple fronts, and unfortunately, it is only a matter of time before one or more of them decide to reignite hostilities. A conflict is coming, whether emanating from Hezbollah, Hamas or other Palestinian factions, perhaps involving Iranian proxies on the Golan Heights, or possibly in some face-to-face conflict with parts of the Islamic Republic itself.

On March 23, Israelis must choose leaders who are determined, when that conflict comes, to give the IDF a green light to put its new victory doctrine into action. It must never again be put back into dusty drawers. pjc