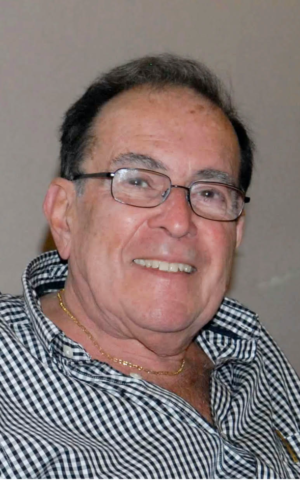 KRIFCHER: Dr. Emanuel (Manny) Krifcher (Moshe ben Meir ha Levi ve Devorah) passed away on Dec. 28, 2020. Manny was born in Havana, Cuba, on July 12, 1931, to Morris (Moises) Kriftcher and Dora Wilder Kriftcher. Manny, and his only sibling, Charles, spent their early years in “La Habana Vieja” the historic core of the Cuban capital.
A lifelong passion for learning began as he attended the Centro Israelita, a Jewish school where classes were taught in Yiddish and Spanish, and where he graduated with a rich secular and Jewish education. Manny then began studying at the University of Havana, continuing to the prestigious University of Havana Medical School.
During his youth, Manny developed a love of Judaism and Zionism, becoming a leader within the Beitar Youth Organization and later a founding member and youngest board member of the Patronato Jewish Center, the institution that was at the heart of Jewish life in Cuba, where he spearheaded the creation of the Patronato’s library. While a student at the University of Havana, Manny was elected president of the Jewish student organization.
In 1957, with only a few credits left to earn his medical degree, the medical school in Havana was abruptly closed due to the intensification of the Cuban Revolution, and Manny completed his degree at the Central University of Venezuela in early 1959. Soon after earning his medical degree in Venezuela, he returned to the reopened medical school in Havana and finished his credits there, earning a second medical degree in January 1960.
In 1953, Manny met the love of his life, Dorita Goldstein, at a Hanukkah party at the University’s Jewish Student Center. They married in 1958, at the Patronato, launching what became a lifelong epic love story that was a model for all around them, unrivaled in warmth, partnership, respect, and mutual admiration. They recently celebrated their 62nd wedding anniversary.
In 1960, he began what became a 60-year relationship with the University of Pittsburgh Medical Center, leaving the balmy, tropical shores of Cuba for the sometimes-frigid environs of Pittsburgh to begin his internship at St. Francis Hospital and his residency at Presbyterian University Hospital. Specializing in internal medicine, nephrology and hypertension, Manny joined a prominent Pittsburgh medical practice.
Manny and Dorita soon started a family and engaged deeply in the Jewish community in Pittsburgh, becoming engrained members within the tapestry of the Squirrel Hill Jewish community, members of Congregation Beth Shalom and involved in many local and national Jewish organizations, charities, and institutions. Manny’s love for family was limitless and he was unwaveringly dedicated to providing an example to his children through his deeds and the manner in which he lived his life.
Dedicating his professional life to medicine, Manny became a well-respected physician known for his outstanding diagnostic skills and his caring empathic bedside manner. He was known for not charging those who experienced financial difficulties and would spend hours with patients in an era when doctors were spending less and less time with them, and medicine had become a more impersonal field. He later became an associate professor of medicine at the University of Pittsburgh Medical School where he continued to teach until 2019, at age 88. In 2005, Pitt Medical School established the Emanuel Krifcher, MD, Student Prize, given to a fourth-year medical student who has exemplified commitment to primary care and caring for the vulnerable adult.
In 2004, he retired from his day-to-day medical practice and began a fulfilling retirement dividing his time between Pittsburgh and Surfside, Florida, where he reconnected with many of his old friends from Cuba. He enjoyed having time to pursue his lifelong love of learning, indulging in an array of intellectual pursuits, as well as further developing his artistic side through his love of painting, taking classes, and filling his home and gifting to his family his many works of art. And of course, he spent precious time with Dorita, his children, grandchildren, family, and friends.
Manny was a light unto everyone he came across, always quick with a kind word, a humorous story, or a nugget of wisdom. He was a consummate gentleman and a true mensch.
A loving husband, father, grandfather, brother, uncle, and friend to all. He will be greatly missed by his wife of 62 years and lifelong partner, Dorita Krifcher; his children, Belinda and Adam Lehman of Potomac, Maryland; Danny and Jocelyn Krifcher of Potomac, Maryland; Edward Krifcher and Elena Simkovich of Pittsburgh; his grandchildren, Alon, Galit, Yael, Avital, Dahlia, Jessica, Leah and Noa, will all miss his amusing anecdotes, warm smile, and sage advice. He will also be missed by his brother and sister-in-law, Charles & Sara Krifcher of Boynton Beach, Florida. And many nieces, nephews, cousins and relatives in his extended family in the U.S., Israel and Cuba, as well as his many friends.
The funeral took place on Wednesday, Dec. 30, 2020, in Pittsburgh. Donations may be made in Emanuel Krifcher’s memory to the University of Pittsburgh Medical School Emanuel Krifcher, MD, Student Prize (www.giveto.pitt.edu); Congregation Beth Shalom in Pittsburgh (www.bethshalompgh.org); or the Jewish Federation of Greater Pittsburgh (www.jewishpgh.org).
Arrangements entrusted to Ralph Schugar Chapel, Inc. family owned and operated. www.schugar.com PJC