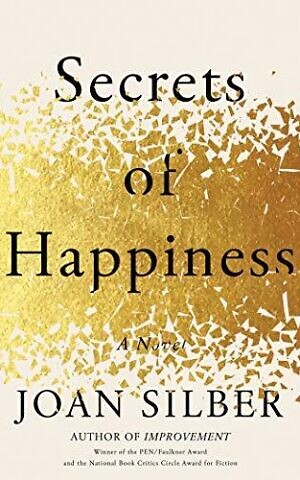 The deception that sets up the story of “Secrets of Happiness” is revealed on page 10. The premise — after 32 years of conventional marriage and a comfortable Upper West Side existence, a father reveals that he has a second family in Queens — is so juicy, so ripe for exploration, that one appreciates Joan Silber’s to-the-point-ness here.

Don’t mess around; state the problem so we can get to the richly dramatic consequences.

But the focus falls away shortly afterward. Silber, a decorated novelist who won the 2018 PEN/Faulkner Award for Fiction, has a particular style that she returns to in “Secrets of Happiness,” shuffling through first-person-narrated perspectives to complicate the reader’s understanding of some part of the larger story.

In “Improvement,” Silber weaved her narrative with the perspectives of a man on Rikers Island, his girlfriend and German smugglers who spent a single night at the home of the girlfriend’s aunt decades before. In “The Size of the World,” Silber gave center stage to an engineer, a man who sold that engineer some screws and then that guy’s sister.

Writing her novels in this way, spinning off into the minds and stories of characters that don’t appear at first glance to elucidate anything about the story at hand, Silber is able to generate irony, to rhyme strange narrative rhymes and present new perspectives on her own characters. Tossed-off comments in one story become life-altering utterances in another; one person’s family heirloom is another’s junk. In exploring the fullness of conversations, linked objects and shared experiences, Silber is able to examine a story from every angle.

The risk in writing the way Silber does is that in those spins away from the main narrative, Silber needs to reassert the “why” for each new section. Why should the reader care about this peripheral character, especially if their section doesn’t appear to serve the main narrative?

There’s enough there to sustain an entire novel. And the next section, which switches over to a son of the second family, Joe, introduces new drama in its recapitulation of what the reader thought they already knew. But in learning the stories of, say, Joe’s ex-girlfriend’s dead husband’s secret English lover, I found myself missing the original story too much to justify the distance from the principals. The incredible premise, so rich with possibility, felt forgotten, and the low status afforded the second family by their class and race seems to have been unintentionally reinforced. We just don’t hear all that much about them.

Silber is a gifted writer, and to write in the risky, house-of-cards way that she does is artistically courageous. But there’s something missing in “Secrets of Happiness,” which is a shame, because in those first 10 pages, it’s right there for the taking. 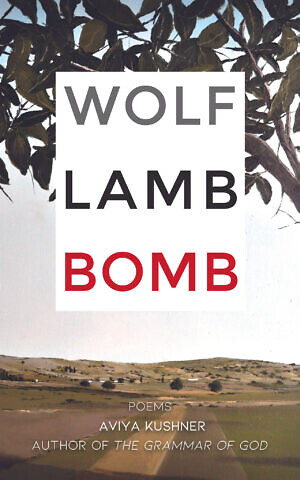 To embark on a reinterpretation of the Book of Isaiah, as Aviya Kushner does in her debut poetry collection “Wolf Lamb Bomb,” is a serious undertaking. Isaiah’s complex narrative structure, its centuries-old literary and liturgical value, the generations of writers that have picked it apart for meaning — it’s a lot to contend with it.

The PR material for Kushner’s book says that “Wolf Lamb Bomb” “revives and reimagines” the Book of Isaiah, a phrase that calls to mind a “spiritual sequel” or a production of “Hamlet” set in, like, a student government or something. I look askance at that phrasing not because it’s not a worthy goal, but because I don’t really think that’s what Kushner set out to accomplish, or what she ultimately did here. Kushner, a columnist for The Forward, was a National Jewish Book Award finalist for “The Grammar of God: A Journey into the Words and Worlds of the Bible.”

Her five-part collection feels like a chevruta session with an especially humane and close reader. To read anything alongside her, one feels, would be a rare gift. Her insights into the tragedies and opportunities of war, God and love are rendered in her unfussy diction, and her yearning for greater understanding of the interplay between sins and disasters of the past and dreams for the future are deeply affecting.

Kushner’s poems are linked by their engagement with the Book of Isaiah’s contradictory sense of inescapable failure and the possibilities of the future. “In the imagined life / the next step is always / a problem,” she writes in “Stubble”; and in “Two Love Songs To Denial,” she asks, “How can anyone expect the infinite ? from the finite?” And she asks with the experience of someone who’s been burned in the past by that misplaced expectation.

Kushner’s fluency with her source text is something to behold. She doesn’t stop with “swords into plowshares” and call it a day. Her engagement with the full text of the Book of Isaiah is certainly as a poet, but the scrutiny that Kushner brought, on a line-to-line level, is what distinguishes “Wolf Lamb Bomb” from work that simply “revives and reimagines.” It’s practically a commentary. PJC

Jesse Bernstein is a writer for the Jewish Exponent, an affiliated publication.