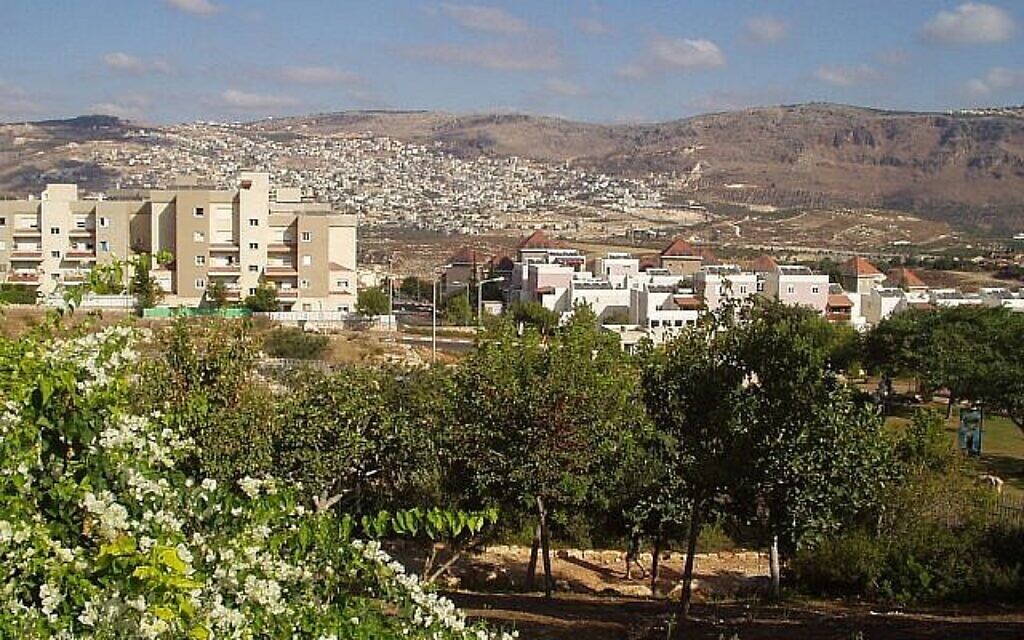 MISGAV, Israel — These are unprecedented and challenging times in Israel. Just after the country appeared to have conquered the coronavirus and a sense of euphoria prevailed, we now find ourselves on the brink of a war unlike any other Israel has faced in its 73 years.

Operation Guardian of the Walls against the terrorist organization Hamas is well underway; with more than 4,000 rockets fired at Israeli cities and towns, Israel is exercising its right to self-defense by attacking strategic targets in the Gaza Strip. Unlike previous operations against Hamas, including Operation Protective Edge in 2014, this round feels different — Hamas is firing more rockets and the Iron Dome missile defense system has been effective, but not foolproof. As of May 19, 12 innocent civilians were tragically killed by rocket fire, including a 5-year-old boy from Sderot.

What’s different about this conflict, however, isn’t about our enemy across the Green Line, but rather the enemy within. Extremist Israeli-Arabs have jumped on the Hamas bandwagon in the name of defending the Al-Aqsa Mosque and have resorted to mob violence — burning synagogues and Jewish-owned cars and businesses in mixed cities around the country, blocking main roads, burning tires, throwing stones at cars driven by Jews and attempting to lynch innocent civilians. These Israeli-Arab extremists threaten to destroy the fragile coexistence between Jews and Arabs that took years and years to build, and it’s devastating to watch it unfold.

While most of the mob violence has been perpetrated by extremist Israeli-Arabs, earlier this week a mob of extremist Jewish hooligans, many of them from La Familia (fans of the Beitar Jerusalem soccer team known to be virulently anti-Arab), stopped an Arab driver at random in Bat Yam and brutally attacked him. This hateful attempted lynching of an Israeli-Arab by Jews was universally condemned and shocked the conscience of Israelis across the political spectrum. The violence against Jews perpetrated by Israeli-Arabs, however, has received little public condemnation by Israeli-Arab leaders serving in the Knesset, particularly the Joint List party. Their silence has been deafening.

How is all of this affecting life in Pittsburgh’s Partnership2Gether region? While Karmiel and Misgav are not within rocket range of Gaza, our region has not been immune to the civil unrest that the rest of the country is witnessing. Karmiel and Misgav are located in the lower Galilee and for years have served as a beacon of coexistence, with Arabs and Jews living side by side in relative peace. Much of that changed overnight as Israeli-Arab extremists began protesting on May 10, threatening the lives of Jewish drivers on the roads connecting the villages in the region. The violence increased so much that residents were instructed not to drive on the main roads after 5 p.m. to ensure their safety.

On May 12, an Israeli Jew from a village in Misgav entered the nearby Arab village of Tamra, where he was brutally attacked by an extremist Israeli-Arab mob, suffering head injuries and a stab wound to his neck. Fortunately, he was pulled from the car by an Israeli-Arab paramedic — a true hero who ultimately saved his life.

Meanwhile, the Federation-supported Educator’s Kibbutz well known to many Pittsburghers — Kibbutz Eshbal — had two fires intentionally set on its grounds on May 12. No one was injured, but the morale of the kibbutz members was damaged, especially because they have dedicated their lives and careers to fostering shared society between Jews and Arabs in the region. But while their morale was diminished, their educating spirit was not, and they are already back at work trying to create bridges between local Jews and Arabs.

As a resident of Misgav, I have the opportunity to talk to many residents in the area, and one thing has been increasingly clear in the past few days: It is going to be very difficult to repair the damage done to what used to be a thriving shared society in the region. Israeli Jews in the region feel like there has been a breach of trust, even if they know that perpetrators don’t represent everyone in the Israeli-Arab sector. While the mayors from Karmiel and Misgav and the surrounding Arab villages have condemned the violence, there is a sense that it may be too little too late and that it will be difficult to put the genie back into the bottle.

Of course, we won’t give up hope. We are a people sustained for thousands of years because we never gave up hope. And if we can’t learn to live together, the future of the country is bleak.

The Jewish Federation of Greater Pittsburgh will continue to support shared society in the region, from the bilingual school for Jews and Arabs in Misgav, to Moona, a tech incubator for Jews and Arabs in the Arab village of Majd al-Krum, near Karmiel. We will continue to win the hearts and minds of Israeli Arabs and Jews one at a time. The stakes are too high not to try. PJC

Kim Salzman is the Israel and overseas director at the Jewish Federation of Greater Pittsburgh. She lives in Misgav, Israel, with her husband and three children.