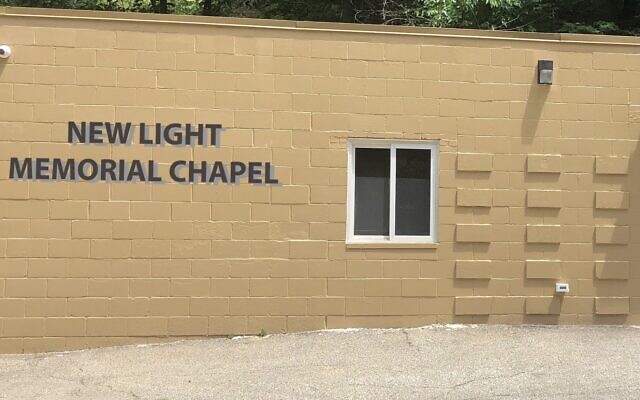 New Light Congregation has announced a “Call to Artists,” seeking submissions of designs for a stained glass door and window to be installed in the New Light Memorial Chapel, located at the congregation’s cemetery in Shaler Township. The stained glass will honor the three New Light congregants killed on Oct. 27, 2018.

The chapel, which is in the process of being built, will also house some of the congregation’s historical memorabilia.

Submitted designs should be inspired by any of the themes found in the Torah portion for the week of Oct. 27, 2018. That portion, Vayera (Genesis 21:1-22:24), “is read on Yom Kippur and is one of the most important sections” because Abraham takes Isaac to the mountain and nearly sacrifices him, but doesn’t, said Stephen Cohen, co-president of New Light.

Because the Torah portion can be interpreted in different ways, he said, New Light is looking for ideas from several different artists.

The congregation decided to hold the competition instead of commissioning a piece from just one artist because “hiring an artist means that we’re committing to one person’s vision,” Cohen said. “We think that there is something to be gained by having a wide variety of ideas as to how we can best honor the individuals murdered.”

New Light — along with Tree of Life Congregation and Congregation Dor Hadash — was attacked in the Tree of Life building on Oct. 27, 2018. Of the 11 people murdered that day, three were members of New Light: Dr. Richard Gottfried, Daniel Stein and Melvin Wax.

The Congregation hopes to announce the selected design in time for the third commemoration of the massacre this fall, and the window and door will be installed next spring. A $2,500 prize is being offered for the winning entry.

“Monuments and memorials are ultimately for the living, and the stained glass window designs will help to inspire us to remember those we lost on such an important event in the history of our lives,” said Cohen. “We will never forget them.”

Interested artists must submit their designs by Sept. 3. More information can be found at newlightcongregation.org. PJC