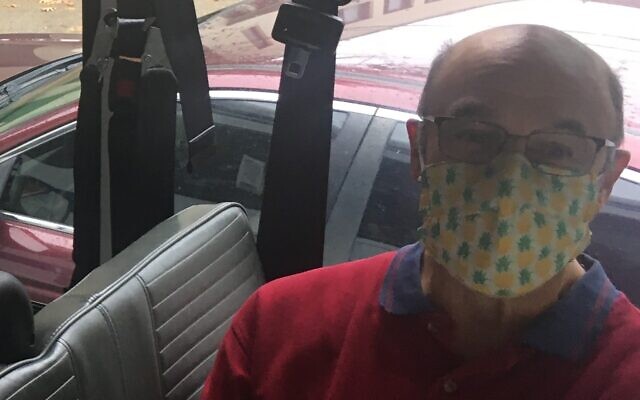 Alan Mallinger (Photo provided by the JCC of Greater Pittsburgh)

A longtime JCC staff member has been hailed for his unwavering community service by the group’s national parent.

Mallinger, who also is a longtime volunteer with the organization, started his career with Pittsburgh’s JCC when it still was based in Oakland, beginning with coaching youth basketball squads.

“I liked basketball and I liked working with the kids — and one thing led to another,” he laughed.

Mallinger then moved on to more advanced sports and recreation positions, helping with kids’ programming at the JCC as well as programming for adults. He continues to work at the JCC site in Monroeville, and serves as the organization’s liaison to the Jewish Sports Hall of Fame of Western Pennsylvania.

Mallinger always has been a bit of a utility player for the Squirrel Hill-based organization, filling in whenever and however he’s needed. The onset of the COVID-19 pandemic only amplified his ability to juggle multiple roles. In March, when in Monroeville preparing for summer camps, Mallinger was called to new duties. He accepted them without hesitation.

“I just started doing some other things, because fitness was closed,” he told the Chronicle, minimizing his heroism in the face of the virus. “Screenings were a big thing.”

Today, Mallinger begins his mornings as a health screener, monitoring for COVID-19-related symptoms in preschoolers and school-age children attending the JCC’s childcare programs. Mallinger specifically serves those attending All Day at the J — a program designed to provide virtually schooled children a place to study and receive instruction away from their at-home, working parents.

After that, he helps with the senior meal distribution program. Mallinger estimates the group delivers about 80 meals a day through the ACCESS program, not to mention those for people who pick them up in Squirrel Hill.

“He has continued in this role for nearly nine months,” said Brian Schreiber, the JCC’s president and CEO. “There is not a task assigned that Alan does not tackle, with a smile behind his mask and gratitude in his heart.”

Mallinger is characteristically modest about his contributions at the JCC, passing the praise to his peers.

“Being a team player is easy to do at this JCC because we have a good team,” Mallinger told the Chronicle. “There are a lot of people who do a lot of good.”

Mallinger said he was “a little surprised” to hear about the national JCC honor. “I’m just trying to help out and do what needs to be done,” he said. “In these times we’re in, it’s all hands on deck. If they need me to do something, I’ll do it.” PJC
Justin Vellucci is a freelance writer living in Pittsburgh.