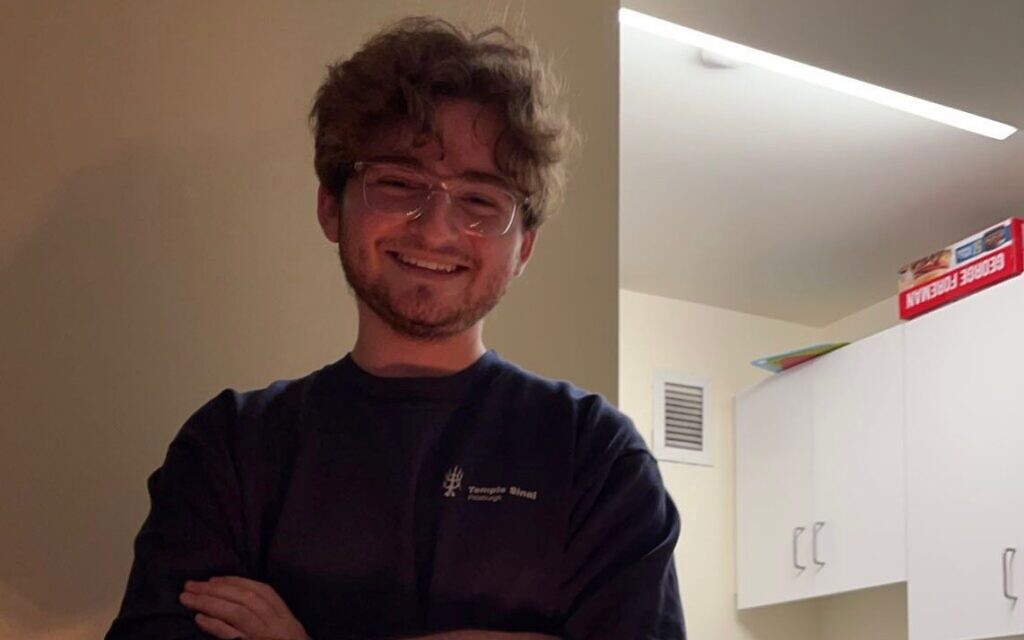 That makes sense, as the “mostly musical Shabbat” services he attended at Temple Sinai in Squirrel Hill helped shape the writer’s view of Jewish Pittsburgh.

But, in the background, there was always the Pittsburgh Jewish Chronicle.

“I’ve been reading it for as long as I can remember,” said Beck, whose basement bedroom is close to the mail slot where the weekly newspaper is delivered. “Writing about the local affairs of Jewish Pittsburgh? It became a great thing to do this summer.”

Beck, who is entering his sophomore year in liberal studies at New York University, recently completed a summer internship at the Chronicle — to rave reviews. His internship was made possible by the Pittsburgh Media Partnership, a collaborative of news organizations from in and around Pittsburgh, founded in early 2020 with the goal of supporting and maintaining a vibrant local media landscape. The Chronicle was one of PMP’s founding members.

“It was such a pleasure working with Ethan this summer,” Chronicle editor Toby Tabachnick said. “He has a great attitude, his writing is strong and he came up with some great story ideas.”

Tabachnick said she was most impressed by Beck’s “Retro Reviews” of older films with Jewish themes and “the insightful piece he wrote about Jewish life cycle celebrations for those beyond the binary.”

“I am completely confident that he will be successful in whatever endeavor he ultimately pursues,” she added.

Beck bears the marks of a budding freelance journalist.

While at Pittsburgh Creative and Performing Arts (CAPA), a magnet high school in downtown Pittsburgh, he wrote a few times for the school paper. When he arrived at NYU last year, he started doing likewise for the school’s Washington Square News.

He also has grabbed bylines with other publications, such as VICE. Then there’s that love of music again. Beck penned several record reviews and spot features for Bandcamp Daily and Paste magazine.

But the Chronicle holds a special place in his heart, Beck admitted. This summer, he wrote features on the Maccabi Games and the 115th anniversary of Temple Ohave Israel in Brownsville, interviewed political candidates and was a sensitive ear on everything from World Refugee Day to a documentary film about musician Leonard Cohen.

“I wanted to get outside my comfort zone this summer,” he said. “I’m always hoping to do that more. I’ve really, really enjoyed it so far.” PJC