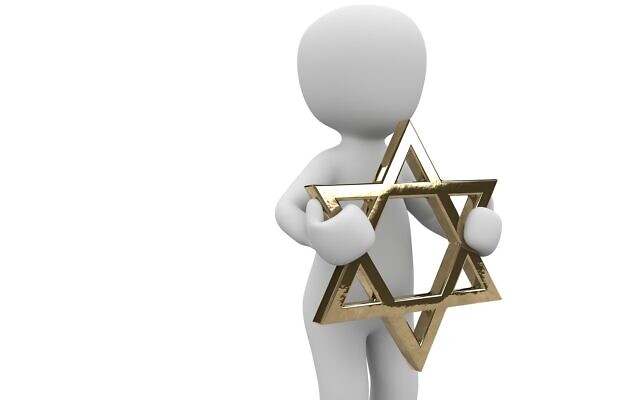 (Image by Peggy and Marco Lachmann-Anke)

At the beginning of June, the Rabbinical Assembly of the Conservative movement asked a simple question for the first time: “How should we honor nonbinary individuals called to the Torah?”

It’s a question that Pittsburgh’s non-Orthodox congregations also are asking. Several local Jewish clergy members and religious thinkers have noted the new popularity of b-mitzvah ceremonies, a gender-inclusive version of bar and bat mitzvah ceremonies that adapt the language of the occasion to fit for nonbinary individuals.

The Conservative movement’s Committee on Jewish Law and Standards voted on May 25 to adjust the movement’s liturgy for Torah services to accommodate people who do not identify as male or female. That change will affect the language used for rites that involve calling a person to the Torah.

“My feeling about Judaism and Jews — and more than just narrowly about bar or bat mitzvahs — is, I think we are compelled as Jews to have open arms and open hearts when it comes to all of our people, no matter how they identify,” said Rabbi Yaier Lehrer, spiritual leader of Adat Shalom in the North Hills.

For Lehrer, the Conservative movement’s recent responsum, or opinion, is a welcome addition. Adat Shalom hasn’t held a b-mitzvah yet, but Lehrer said the congregation would accommodate the wishes of the family.

“We need to not just be welcoming as institutions, but to make people aware of what we’re doing and why we’re doing it,” Lehrer noted. “You are who you are. Who you are is the way God made you. How can we reject that?”

Several other spiritual leaders in the Pittsburgh area share Lehrer’s perspective. For Rabbi Jeremy Weisblatt of Allison Park’s Temple Ohav Shalom, a Reform congregation, making sure that ceremonies and the language is gender-neutral is a priority.

“One of the things I encouraged us to do was change our language to ‘b-mitzvah,’ and I got it codified into the bylines,” Weisblatt said. “We don’t call it bar or bat mitzvah anymore, but for a few years, it’s been called the ‘b-mitzvah program.’”

Ohav Shalom’s marriage and conversion certificates use gender-neutral language, he added. And the language suggested for ceremonies found in the Conservative resolution could already be found in Ohav Shalom’s ceremonies.

“It’s not always enough to do something after the fact — we’re always going to miss something — but I want to be inclusive prior to the fact,” he said.

Leadership at Temple David in Monroeville agrees. Rabbi Barbara Symons noted the emphasis on accessibility and inclusion for the LGBTQ community in the Reform movement.

“The beauty of Reform is the ability to be creating our own [programs] based on guidance. There shouldn’t be one way … I imagine that b-mitzvahs in 10 or 20 years are going to look different from how they look now,” Symons said.

For many clergy members, b-mitzvahs and other efforts to include nonbinary Jews are a simple matter of meeting their congregants where they are. Squirrel Hill’s Temple Sinai, affiliated with the Reform movement, has long prided itself on being supportive of the LGBTQ community. It’s one of the main reasons Rabbi Daniel Fellman was drawn to the congregation.

“I want the b’nai mitzvah to be a powerful and important experience for all of our kids, and it needs to be true to them,” Fellman said. “Whatever gender is the gender they prefer and with which they identify, that’s what we’re gonna do.”

Fellman hasn’t been involved with a b-mitzvah yet, but he noted his experience converting a nonbinary individual recently. He concluded that he wanted to do “whatever made the most sense for the particular person.”

“Judaism doesn’t need to be incompatible with humanity — the two can work well together,” he said. “For me, it was sort of a no-brainer. If a person wanted to have a b-mitzvah instead of a bat mitzvah or a bar mitzvah, it’s fine with me. I want to be true to them.”

When asked about the Conservative movement’s recent opinion, Fellman applauded the change but noted that there’s always more to do in the way of inclusion for any congregation.