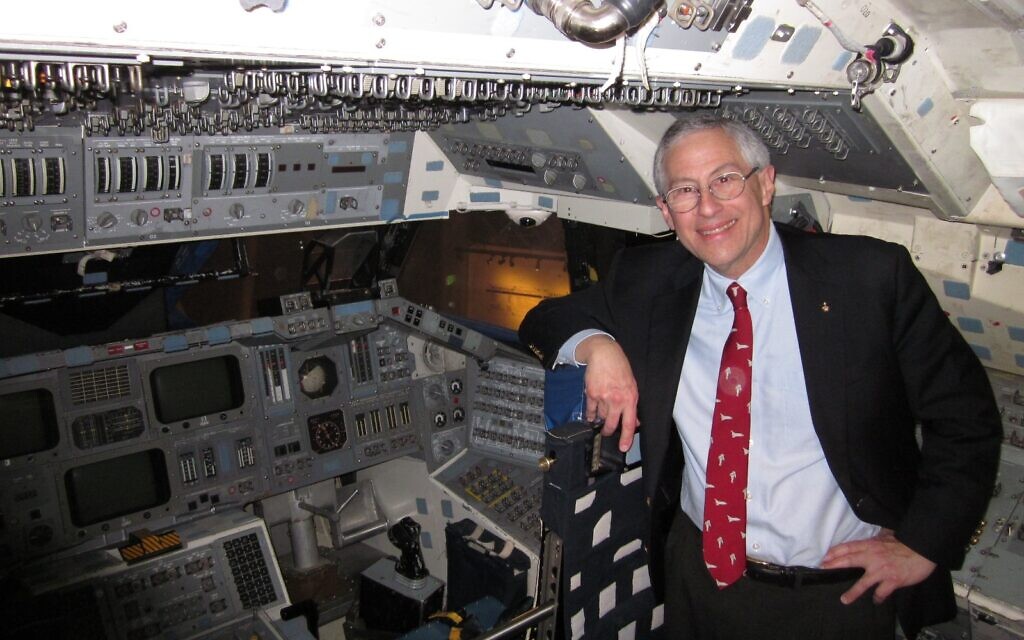 Jay Apt on the flight deck of the Shuttle Full Fuselage Trainer now located at the Seattle Museum of Flight (Photo by Arthur H. Barber)

On July 11, billionaire Richard Branson redefined the bounds of space travel by taking a ride on a rocket developed by his company, Virgin Galactic. Amazon’s Jeff Bezos is expected to launch into space aboard his company’s vessel, New Shepard nine days later.

So, what does privately funded space travel mean to a seasoned NASA astronaut?

“It’s terrific,” said Jewish Pittsburgher Jerome “Jay” Apt, who has spent a total of 35 days in space spanning four different missions. “I welcome the era of sub-orbital space travel for tourists that they’re opening up.”

Apt, who was raised in Pittsburgh and graduated from Shady Side Academy in 1967, returned as a Carnegie Mellon University professor almost 20 years ago. But during the years he was absent from Pittsburgh, there was … space.

Apt graduated from Harvard University and earned his doctorate in experimental atomic physics at the Massachusetts Institute of Technology in 1976. In 1991, after years of learning and training at NASA, he boarded the space shuttle Atlantis on his first mission: sending a large astronomy satellite, the Compton Gamma Ray Observatory, into orbit.

Gamma rays are “the most energetic type of light on the electromagnetic spectrum, light created by some of the most violent events in the universe, millions of times brighter than our eyes can evolve to,” Apt told the Chronicle. “This 36,000-pound observatory was meant to study the universe using gamma radiation.” 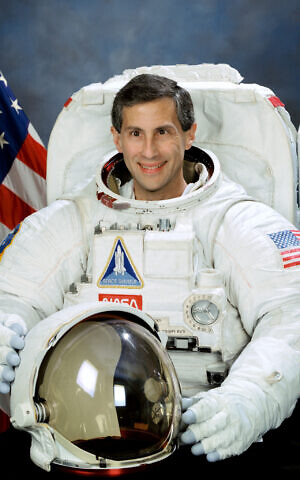 On a spacewalk, “we put on our pressure suits that are designed to protect us against the vacuum of space and also to keep us at about room temperature,” Apt explained. “They are bulky and weigh about 250 pounds on the ground. In space there is only mass, not weight.”

At night, he often spent hours photographing images of the Earth along with his fellow astronauts.

“It was after that flight, looking at all of those beautiful pictures, that I decided we needed to share that with people,” he said. “Two of my colleagues at the Johnson Space Center who were geographers and I selected a number of the best pictures taken from the space program at that time. We narrowed it down from a quarter of a million photographs to 250 to be featured in a book that National Geographic published.”

The book is called “Orbit: NASA Astronauts Photograph the Earth,” and has been printed in 11 different languages, including Hebrew. It was published in 1996, after Apt’s third journey into space.

“Seeing the Earth from the vantage point of a few hundred miles up is a fabulous experience,” Apt said.

Following his 12-and-a-half-year career as an astronaut, Apt joined the faculty of CMU, where he is a professor at the Tepper School of Business and the Department of Engineering and Public Policy. Much of his research centers on electric power.

“We had a large project looking at how renewable power — principally wind and solar — gets integrated into the electric grid so the grid can deal with the fluctuations of the wind,” he explained.

Apt teaches both undergraduate and Ph.D. students at CMU, and gives an annual lecture to students working on space hardware development. During the lectures he talks about the failures of the space exploration program, what students should learn from those failures and what can be changed in the future. With the help of student researchers, Red Whittaker, the CMU professor who teaches the course, is planning to land a robotic rover on the moon.

“I am extremely proud of the work that Red and those students have done,” Apt said.

Apt was awarded the NASA Distinguished Service Medal in 1997 and the Metcalf Lifetime Achievement Award for significant contributions to engineering in 2002.

In 2012, the International Astronomical Union approved the name “Jeromeapt” for an asteroid in Apt’s honor. The asteroid was found by a scientist at Table Mountain Observatory, where Apt once served as director.

“I was delighted to discover that the discoverer did that,” said Apt. “It was really nice.”

Apt and his wife are members at Rodef Shalom Congregation and are proud of their Jewish heritage.

“We love the Jewish community here in Pittsburgh,” Apt said.

Most of an astronaut’s work is preparation, Apt said. Despite working for more than a decade as an astronaut, he only spent about a month of that time in space. But that, of course, is the best part.

“If you took out all the training and the meetings, I’d go up again tomorrow if someone asked me,” he said. PJC