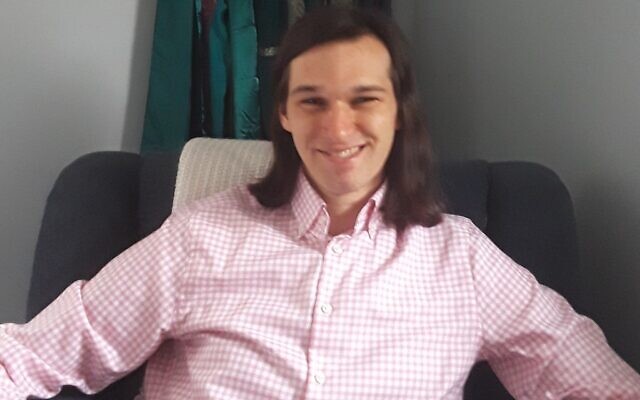 Community Day School will welcome a new head of Jewish Life and Learning this summer.

“It is with these values in mind that bind us together as a school community and in the spirit of tremendous hope that I announce the hire of Aaron L. Walker,” Munro said. “We believe Aaron Walker is the animating force we’ve been seeking to deepen our Jewish life and learning at CDS and to excite the community at large about our school as Pittsburgh’s hub for Jewish excellence and engagement.”

Walker, who grew up in Bloomington, Indiana, and is moving to Pittsburgh from New Jersey, has held leadership and program development roles at Jewish institutions in New York City, including at Romemu, a progressive Jewish community, and at B’nai Jeshurun and Park Avenue Synagogue, two congregations that place a premium on high engagement and participation, school officials said.

In addition to his degrees from the Jewish Theological Seminary, Walker holds a master’s degree in food history from University of Toronto and an undergraduate degree in history with concentrations in music history, art history, and Jewish Studies from Oberlin College.

“Being able to do this full-time, aligned with my love of t’fillah – that gets me going,” Walker told the Chronicle. “I’ll have the whole day to concentrate on connecting all of the dots. I want independent, critical thinkers and I’d really like to be in a position to help teachers do more of what they do.”

Walker harbors a “big tent” view of Judaism and Jewish life. He currently belongs to a Reconstructionist congregation but has taken part in Conservative and Modern Orthodox minyans, is active with youth groups in the Reform movement and attended JTS in New York, an academic and spiritual center for Conservative Judaism.

“My hope is … that I’ve touched enough of the different denominations that I can be respectful and care about that,” Walker said.

The diversity of experience will serve him well at CDS, school officials said.

“Approximately 40% of CDS families identify as unaffiliated with a denominational movement or synagogue, and many of our students come from interfaith families who look to CDS as their partner in raising Jewish children,” said Jennifer Bails, director of marketing and communications for CDS. “Community Day School students develop the knowledge and skills to engage comfortably, confidently, and joyfully in Jewish lives of their own choosing.”

Walker’s excitement for his new role is palpable. He said he’s particularly interested in developing a rapport with CDS students, whom he hopes to nurture in the ways of tikkun olam and Jewish life.

“It’s exciting to start something, see if others are interested and run with – that’s joyous,” he said. “I love being part of a community where there’s more opportunity for the average Jew to have buy-in.”

Walker, who sports a mane of long, dark hair, also is a passionate fan of opera, Gilbert and Sullivan and Jewish music. He hopes, in Pittsburgh, to continue his search for the definitive dairy noodle kugel.

Patti Kahn got to know Walker when he taught second- and sixth-graders about Judaism and Jewish history this academic year at Temple Sinai, a Reform congregation in Summit, New Jersey.

Walker admits he has big shoes to fill and praised Mazer for maintaining a collegial and supportive tone with the school’s staff. Mazer and Walker will be working together on the transition, school officials said.

“Community Day School will always be my home and my family, and I couldn’t be more proud of the work our team of educators has accomplished over my nearly half-century tenure,” said Mazer, who’s retiring as head of Hebrew and Jewish Studies after decades of service to the school. “I look forward to working with Aaron over the coming weeks to help ensure his smooth transition to our school community and I am excited about all the ways he will deepen learning and build community at CDS.”

Walker, for his part, said coming to Pittsburgh, in a way, speaks to a desire to return to the surroundings of his youth. Bloomington, Indiana is home to Indiana University, which has nearly 50,000 students, roughly the size of Greater Pittsburgh’s Jewish community. By comparison, Bloomington’s 2018 population didn’t break 90,000.

“In Pittsburgh, you’ve got three college towns stuck in one place,” he said.

When he starts the new job, it won’t be a matter of “‘Here’s the new, bold ways of doing things I learned in New York City,’” he said. “That’s not fun and that’s not what I want.” PJC